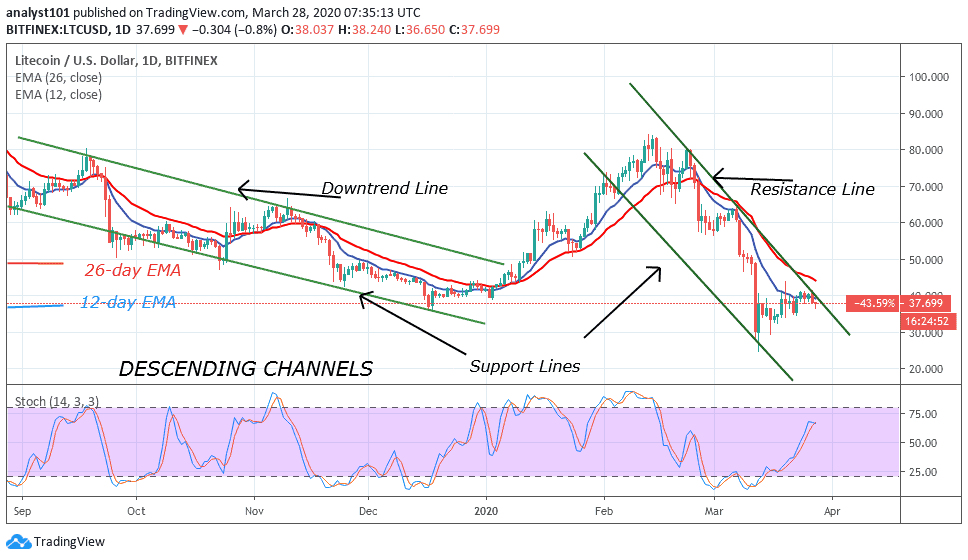 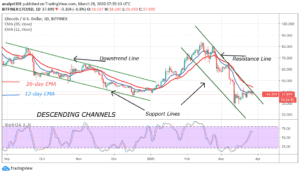 On March 12, LTC/USD pair was in a downtrend as the market fell to a low of $28. The pair dropped to an oversold region of the market. Buyers emerged to push the coin upward. Similarly, LTC/BTC is in a downtrend, it is uncertain if the selling pressure has subsided or terminated. Meanwhile, the pair has fallen to a low of Ƀ0.005832.

After the last bearish impulse on March 12, Litecoin traded and fell to the oversold region of the market. As buyers emerged to push LTC upward, the bullish move was short-lived as the bulls were resisted at the $40 resistance. Soon after that, the market was in consolidation between the levels of $28 and $40. Meanwhile, Litecoin has traded and reached the resistance line of the descending channel.

On the LTC/BTC chart, the market was in an uptrend as it reached a high of Ƀ0.0080000. The pair dropped to the low of Ƀ0.0070000 and moved up to retest the previous high. After a retest at Ƀ0.0080000, the price action formed a bearish double top. The LTC/BTC continued the downward move because of the bearish double top pattern. The pair drops to a low of Ƀ0.005832 and makes an upward move.

On the downside, if the bulls fail to break the resistance line, the downward move will continue. On the upside, if the bulls break and close above the resistance line, the pair will rise. There will be a change in the trend. The pair is currently at level 40 of the Relative Strength index. This indicates that the pair is in the downtrend zone and it is below the centerline 50. 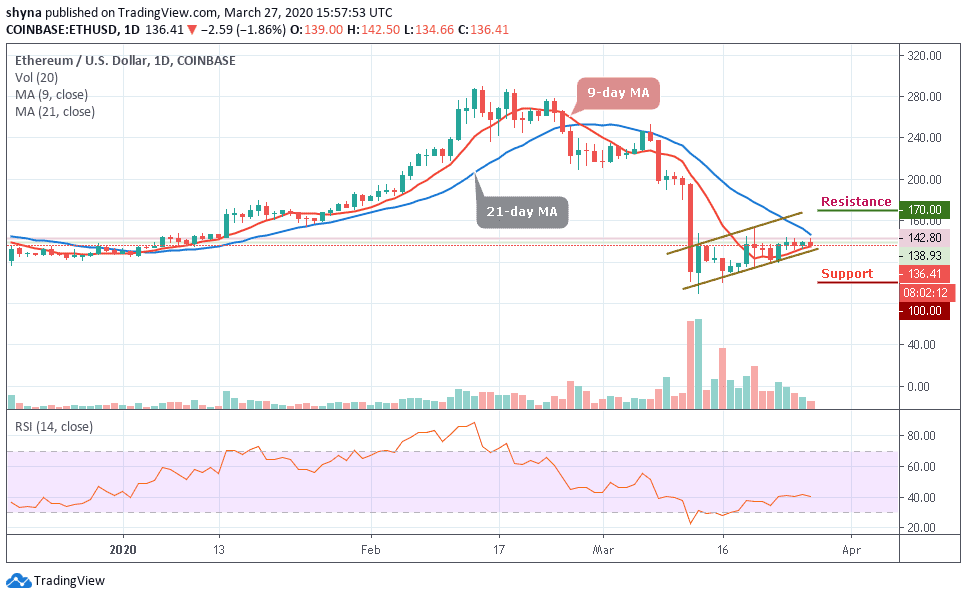 Ethereum Price Prediction: ETH/USD Consolidates Under $140 Before Moving Up Higher