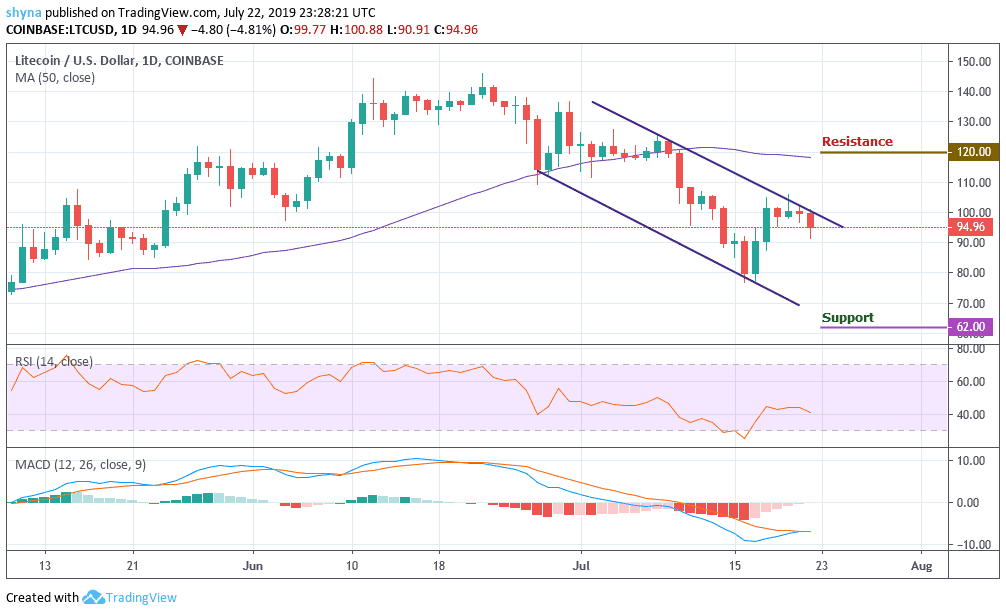 Just as the Litecoin halving is less than a month away; the number four cryptocurrency is starting to show signs of weakness. After peaking at $146 in 2019 on June 22, Litecoin has plunged to a low of $84.88 on July 15th. That’s a drop of over 41% in less than a month.

At the time of writing, Litecoin is trading down nearly 5% at its current price of $93, which is down slightly from its 24-hour highs of over $100. While zooming out and looking at Litecoin’s price action over a seven-day trading period, it is clear as to just how much volatility it has been incurring as of late, as it is currently trading up from lows of under $78 that were set when Bitcoin dropped to $9,100 (find out how to buy bitcoin with a debit card here).

Comparing with Bitcoin, LTC has fallen lower beneath the support at 0.01 BTC. The LTC/BTC price dropped as low as 0.0089 BTC, LTC subsequently rebounded against BTC and now trades around 0.0092 BTC and trading within the descending wedge under the 50-day moving average.