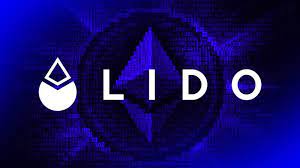 The global cryptocurrency market cap was trading higher around $808.3 billion, rising 0.37% in the last 24 hours after days of a slump.  The world’s largest cryptocurrency, Bitcoin (BTC) price hovered around $16,700 billion, with a dominance of about 39.9%, an increase of 0.24% over the day. Overall, the crypto market was trading higher on Tuesday, January 3 with buying signs across all major cryptocurrencies. Lido DAO price was among those flashing green trading at $1.23 as of press time after gaining 5.25% in the last 24 hours.

The latest insight by Lunar Crush has revealed that Lido Dao has ventured into the new year with an all-time high (ATH) in mentions across social media. This comes as the DeFi giant continues recording positive market activity.

Lido is a liquid staking solution for Ethereum where users can stake their Ethereum (ETH) without any minimum deposits or infrastructure maintenance while they engage in on-chain activities, such as lending, to compound returns. As regards tokenomics, Lido has two separate tokens: a staked version of the staked Ethereum (liquid stETH token), and the token investors use to gain voting rights in the Lido DAO (LDO).

The native utility token for the Lido ecosystem is LDO, which has several use cases, including granting governance rights in the Lido DAO, managing fee parameters and distribution, and governing the addition and removal of Lido node operators.

As Lido is completely decentralized, all LDO token hodlers can access the governance right, which allows them to decide for Lido DAO’s future. The protocol’s ability to stake any quantity of Ethereum 2.0, Terra, or Solana is to be staked and withdrawn. Among the key features of the Lido, the DAO network includes a robust liquid staking platform where users can stake any amount of ETH, Curve, which is an exchange liquidity pool, and MakerDAO that allows users to use stETH tokens as collateral for obtaining loans.

The project made its market debut on January 5, 2021, and while the initial launch price proved to be a hurdle, the token recorded its first notable rally later in April that year after platform users voted for the community to be launched on the Solana protocol. The passing of the proposal catapulted the LDO price to the $5.61 level in May.

Following an announcement by the Lido protocol about plans to advance its decentralization plans, the LDO price broke out as users hyped over developments such as upgrading to a non-custodial approach. Resultantly, LDO price ascended to its all-time high (ATH) of $18.62 by November 2021 alongside a skyrocketing total value locked (TVL).

Nevertheless, at the beginning of 2022, Lido price plunged below its launch price but recovered some of the gains lost in March 2022, the same month when the Lido ecosystem finally integrated with Polygon leading to yet another TVL surge that set LDO price at $4.90.

Lido price had been consolidating between $1.03 and $0.94 since mid-December 2021 as bulls and bears battled to control the LDO market. The price attempted a breakout on December 26, but this proved premature and was corrected the next day sending the price to a low of $0.93 following opposition from the 50-day Simple Moving Average (SMA) that has been a formidable barrier for the longest time.

LDO Price is currently trading at $1.23 after the coin flipped the 50-day SMA barrier into support on January 1, and used it for its breakout above the $1.07 level on January 2.

The 50-day SMA is currently a key support for the LDO price with bulls using it to target the next resistance at the 100-day SMA. If bulls can increase their buying pressure to crack open this barrier, and possibly also flip it into support, then it would open the path for them to target the next hurdle offered by the 200-day SMA and potentially rise the LDO price to the $1.40 level.

This upward projection is supported by  the relative strength index (RSI) at 46, and the moving average convergence divergence (MACD) indicator which are tipping upwards, a sign that more buyers are entering the Lido market. This suggests that the LDO price may increase.

On the downside, if the bulls are unable to breach the 100-day resistance, and the bears take over the LDO market, chances are that the price would lose the 50-day SMA support and potentially lose all the gains made since the New Year. If this happens, the LDO price would be facing the next support at $0.92 and in extreme cases, the local low at $0.87.

These Are The Two Best Projects In 2023

The bear market experienced in the last year will come to an end, but this just speculation. However, market players hope that 2023 will be a much better year for the crypto world. For this reason, anyone looking for the best  cryptos to buy in 2023 should consider these two top picks:

In return, the player receives a reward in the form of carbon credits, which can be used for further investment.

The CCHG coin is now on presale and is doing exceedingly well having raised upwards of $62K. To be part of this revolutionary project and its amazing token that is set to change how EV charging works, hurry and purchase today.

Calvaria is an amazing battle card game that is fun to play and free. It uses the play-to-earn (P2E) model. The battle card game comes in a free version and a premium version. The users use non-fungible token (NFT) cards with different characters battling and competing with one another while earning rewards along the way.

The native coin of the Calvaria game is RIA, which is currently on the presale stage for what will prove to be an all-time low price. The presale has performed exceedingly well, having raised $2.64m and only $440k RIA tokens left. Do not miss out, hurry up and purchase now before this game becomes more popular and finally gets listed on BKEX. 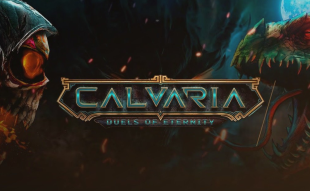 Join Our Telegram channel to stay up to date on breaking news coverage My ...