Some of the largest cryptocurrency brokerage firms in South Korea are reportedly blocking the IP addresses of Russian users. These exchanges are joining the US and other Western countries on imposing sanctions against Russia.

The move comes amid growing concerns that the effects of the imposed sanctions will not be felt if sanctioned individuals and entities turn towards cryptocurrencies.

The exchange has confirmed rejecting transactions from Russian IP addresses saying, “We’ve blocked subscriptions by users in countries which are at high risks of money laundering, in line with guidelines of the Financial Action Task Force.”

Gopax has not only banned IP addresses originating from Russia, but it has also frozen the accounts of Russian users based in other countries.

While these exchanges have banned Russian users, some of the largest exchange platforms globally have refrained from blocking Russian users. Kraken, Binance and Coinbase have said that they will not impose a unilateral ban on all Russian users. Instead, they will block the accounts of sanctioned individuals and entities.

The CEO of Kraken, Jesse Powell, said that cryptocurrencies were an embodiment of libertarian values. Powell noted that the exchange would only freeze Russian accounts if there was a legal requirement. He further noted that Russian users could be innocent and did not support their government in the invasion of Ukraine.

The president of the European Central Bank, Christine Lagarde, has called for a comprehensive crypto regulatory framework to regulate digital assets. Her remarks were also supported by Hillary Clinton, who said that she was disappointed by the failure of some exchanges to block Russian users.

Clinton opined that everyone should work together to pressure Russia economically to halt the invasion. “I think the Treasury Department, I think the Europeans should look at how they can prevent the crypto markets from giving an escape hatch to Russia,” she added. 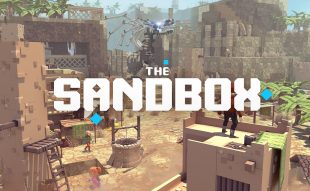