Blockchain technology is a hot topic right now, and for good reason it has the potential to change the way we do business and interact with one another. It is a tech that will change how we interact with and experience games.

And Blockchain games are also trending these days because they offer increased transparency, security and player control over game assets. They offers new ways for players to collaborate and interact with one another in a virtual world.

They also provide an innovative way for developers to monetize their software and use the technology behind in order to create unique gaming experiences that cannot be found on traditional video game platforms.

Blockchain is also responsible for managing transactions between players and publishers of digital goods. And in turn it facilitates to create amazing in-game experiences that could never have been achieved with traditional platforms.

Kongregate Stepping Up to Include Blockchain Games

If you’ve been following the news lately, you may have heard that Kongregate is moving ahead with a major initiative in the cryptocurrency space. It has a long history of supporting the gaming industry and is set to list blockchain games on its platform.

They’re partnering with a leading cryptocurrency project to provide access to their games on their platform. This partnership will allow users to earn tokens that can be used to purchase in-game items on the platform and also offers to be their own publishers and create a digital economy within the game.

Kongregate will also create a cryptocurrency economy on its platform that enables users to generate income without leaving the platform. This is an exciting step for the gaming industry and one that will have a major impact on the blockchain gaming ecosystem.

Today, it is concentrating on the mobile gaming sector. It serves a passionate and active community of energetic gamers. Globally, Kongregate has over 250 million smartphone downloads and billions of gameplays.

Their best-selling products include AdVenture Capitalist, Animation Throwdown: The Quest for Cards, Peter Molyneux’s The Trail, and Idle Frontier. Their games are distributed on both mobile and digital platforms through the app stores. They’ve also won multiple “Editors’ Choice” awards.

The recent updates regarding blockchain integration into Kongregate gaming platform and its collaboration with the production studio Acquisition will allow the company to expand its horizons towards NFTs and blockchain gaming.

This partnership will allow users to earn tokens that can later or in moment be used for transaction of tangible items. However, the future adoption of gaming will be completely accelerated due to the advanced features provided with the technology itself.

Since, blockchain technologies are open and stateless, anyone may build on them. Players will be able to switch between games quickly and simply, carrying their resources, such as NFTs in the form of skins, avatars, or weapons, with them.

It is something that is now not possible. Low entry barriers foster competitiveness, which has occurred several times throughout history. Blockchains are just the next generation of open-source software. As a result, the end users benefit.

Gaming businesses are using the enormous potential of this technology to resolve all of the key challenges the previous gaming community was dealing with. So, without a doubt, blockchain gaming is the future of the gaming industry. It is a thriving industry that will surely become a popular leisure activity in the not-too-distant future.

And to accelerate its methods as an NFT gaming pioneer, Kongregate will deepen the link on a deeply rooted comfortable partnership with an accomplice in the NFT and blockchain gaming area.

At last, we will also like to introduce our readers to the Battle Infinity Metaverse game. The game is being developed by a core Indian Development team and its native token, IBAT, is on 90 days pre-sale.

The readers can get more info about the project here. 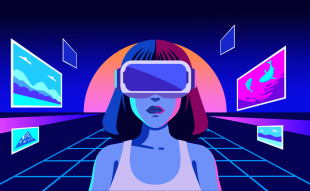 Along with the overall growth of the online gaming industry, blockchain games have experienced ...