Kik is getting sued by the SEC. The United States securities watchdog has decided to make an example of the Canadian social media startup in what many are calling the highest profile cryptocurrency takedown to date. The SEC is accusing Kik of conducting an illegal securities offering with the company’s native Kin token. The ICO, which was launched in 2017, was wildly successful and raised over $100 million.

Innovate or regulate – it’s not a binary choice

Steve Peikin, who is the co-director of the SEC’s Divison of Enforcement, says that companies do not simply face a choice of innovating or complying with regulations. While many would like to say that regulations hamper innovation, it has never been a binary choice.

The Kin tokens which raised around $100 million in capital for the startup were done during the heyday of ICOs, at a time when companies such as EOS raised $4.2 billion and Telegram raised $1.7 billion. These were mainly bought by retail investors which is what caught the eye of the SEC. The SEC has never wavered from their view that not registering tokens violates consumer protection laws despite the immense pushback from the wider crypto community (and entrepreneurs in particular) due to tokens being fundamentally different from traditional securities.

The Kin token can be traded via users on the messaging app, much like traditional crypto can be traded on digital cryptocurrency exchanges. The idea was to give users a way to support content creators on the platform without having to move money around which would increase costs for both the company and the users.

Kik looking to fight back

Kik’s founder and current CEO says that this enforcement is finally going to provide some clarity that the industry “desperately needs to continue to innovate and build”. He did tell the Wall Street Journal earlier this year that Kik would fight any SEC enforcement action, and the company held a crowdfunding campaign to help with the fight against what it considered an unfair crackdown. The website used, DefendCrypto.com, claims to have raised almost 5 million dollars so far to help with the costs that will begin piling up very soon. Many who donated are thought to make a living off of online crypto trading.

The key problems that the SEC has with Kik’s ICO is that the company marketed the token to investors as an investment opportunity. They stated that the increased demand for the token would drive up the value and that anyone who got in on the action early would have quite the large payoff. The SEC also alleged that the company promised to introduce Kin as a payment option for its platform as well as to reward other companies for adopting Kin as their default currency. None of these promises or actions were available when the ICO was launched. 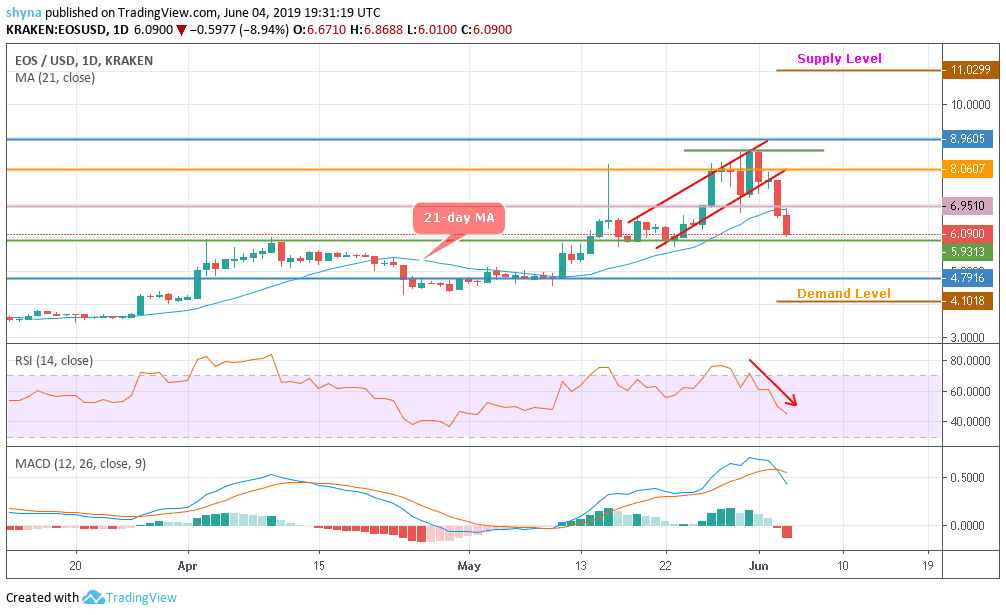 EOS Price Analysis – June 4 The price of the EOS has been drastically ...