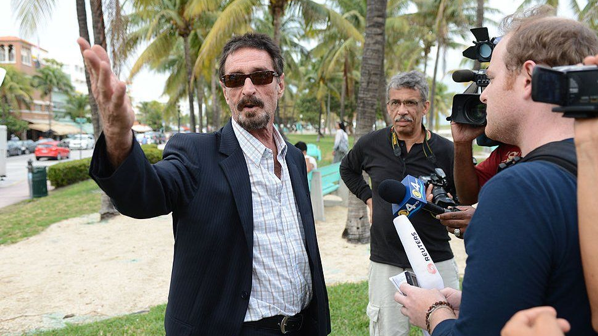 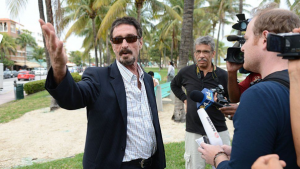 People have always idolized and admired a variety of affluent personalities over the years. Millionaires who flaunt their lavish lifestyles have been a prominent topic for the masses, gaining them more popularity and at times, unwanted publicity. This hasn’t, however, stopped many of these idolized celebrities from showing off their extravagant properties or trips.

While these personalities are generally in the entertainment sector or sports sector, or an existing popular category, there are very few who have claimed massive fame from an industry generally considered dull.

This wasn’t, however, the case for John Mcafee. As an individual from a tech background, John Mcafee had still managed to gain immense popularity, before his untimely death in 2021. The death of the tech mogul has since been a mystery to many, as several people believed his death to be a ruse.

This theory has only been furthered since the introduction of the documentary “Running With the Devil: The Wild World of John McAfee” by Netflix. Several people have been talking about his death and their theories on social media platforms since his ex-girlfriend stated on the show that he might indeed be alive.

Who is John Mcafee?

John David Mcafee was a world-famous tech professional born on 18th September 1945. The software developer was extremely popular for the antivirus software company he created called Mcafee Associates. Also a two-time presidential candidate, John had a wide network of investments and businesses since the start of his tenure in the industry.

After leaving his own company, John alleged the company’s software to be bloatware and appealed to his audience to stop using the software. He had tried to take his name off the company brand, which, however, didn’t go through and is being used to this day under Intel’s ownership.

After leaving Mcafee, John managed to become a part of several successful companies like Quorum Ex, Future Tense capital, etc, gaining him millions of dollars during its prime years. He also held top positions in major firms for brief periods within the tech and finance industry.

In 2020, John was arrested in Spain due to Tax-evasion charges. Previously residing in Belize, the businessman had run from the country back to the U.S since he was wanted there for suspicion of murder. However, in June 2021, he was found dead in his prison cell in Barcelona.

It was claimed that John Mcafee had passed away after a successful suicide attempt. The images of him being looked at by doctors after he had hanged himself were the limited proof available at that time to affirm if it had indeed happened.

The Netflix documentary that featured John Mcafee’s extravagant life was aired on 24th August, which included an interview with his then-girlfriend Samantha Herrera. During the interview, Samantha shocked the audience by saying that she received a call from John after news of his death had surfaced.

Apparently, he told her on a phone call that he had planned his fake death to be safe from certain people and was now living in Texas. He had paid off the authorities and certain people to fake his death in order to flee back into the states, Herrera said.

John had tweeted multiple times during his tenure at the Spanish jail, stating that if he died there, then it wouldn’t be due to natural causes. He had even gotten a tattoo that said “$WHACKD” which had gained popularity at the time.

His wife Jason Dyson had appealed to the courts, and had stated that John had not died in a suicide attempt. She believed that the suicide note was forged and had urged authorities to look into the matter. While there had been investigations around his death at the time, there was no solid evidence to back the theory that he might have been murdered.

India is bullish on cryptocurrency, 56% think of it as the future of finance