Homenewsis it really time to drop gold for bitcoin 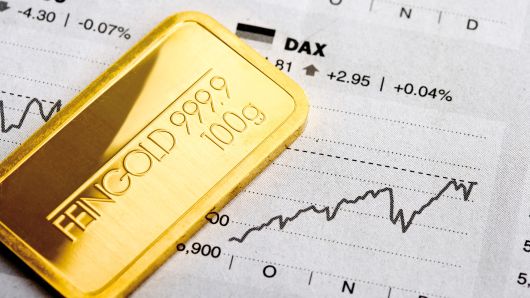 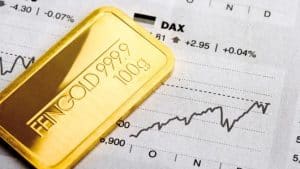 Gold sellers have been in a superiority battle with cryptocurrency since bitcoin (BTC) started gaining mainstream acceptance, particularly after the price spike in 2017.

It came as no surprise that the battle was aggravated shortly after digital asset management firm, Grayscale Investments, began its controversial #Drop Gold ad campaign. The ad valiantly touted the precious metal as old-fashioned and urged investors to trade Bitcoin and ignore gold.

The Drop Gold campaign featured a thorough comparison of both assets. It revealed the benefits of going digital and investing in ‘fast, secure, transparent’ bitcoin instead of ‘pulling your weight in gold.’ It also paid off, as investments in Grayscale’s Bitcoin Trust (BIT) quickly experienced a 42% increase in Q1 2019 compared to Q4 2018.

This growth seems to have irked the gold-selling folks more, as GoldMoney.com, in particular, has gone to great lengths to release a research report that debunks all of the trump cards that Grayscale claimed BTC has over gold. In the report, Goldmoney.com founder, Roy Sebag, personally calls out the founder of Grayscale Digital Currency Group, Barry Silbert, calling the ‘DropGold’ ad “poorly conceived.”

In his statement, the campaign to drop gold trading, is so preposterous that it can be likened to uttering phrases such as “drop Oxygen’ or ‘drop Copper.”

Sebag then goes on to argue the pluses that Grayscale claimed BTC had over gold- backed by fully illustrated infographics. According to him, bitcoin is not weightless as they claim; it is after all hosted on heavy servers that take up physical space and require human-computer engineers to work them.

Furthermore, Sebag declares that Bitcoin needs gold to exist, as the computer chips that are used to mine good can only be effective with one material conductor – gold.

It is clear that all of Sebag’s effort is a bid to convince the investing market to hold on to gold, and it really is not a bad investment, with it trading at well over $1,000 an ounce.

However, no part of Sebag’s argument counters the fact that bitcoin, being a digital asset that is electronically generated, is totally easy to track and recreate. The units in circulation can be easily accessed by anyone with an internet connection, and there is no possible future of extinction. These said units can also be just as easily purchased, converted and transferred.

Gold, on the other hand, is a literally weighty asset that is dragged further because it cannot be as easily exchanged as BTC. Also, there is no known way of tracking just how much of the precious metal there is left in the earth, which is the still the only source of mining the jeweled asset.

Gold-supporters have also touted BTC as being a ‘sentimental’ currency, because it is unseen and so it is fueled on a belief system. To wit, crypto-enthusiast and founder of McAfee Associates, John McAfee replied in a tweet,

“Crypto is pure math. Coins created by hashing or other algorithms. Moved under control of math logic. They’re fractionalized, stored, retrieved, exchanged under control of formulas. Coins are electronic elements of a vast system controlled by math. This is not the Stock Market.”

According to Peter Boockvar, a gold-bug executive from financial planning and wealth advisory firm Bleakley Advisory Group who would rather view the glass as half full, Bitcoin may be useful to gold investors only as a tip-off for spikes or falls in the numbers, as the rise in BTC rates can be indicators of regulations or tariffs or general market atmosphere that can warn gold investing decisions, per a report from the CNBC on June 4.

The BTC and Gold campaign may continue, but as processes progress and the general public, whether crypto-investing or gold-investing, are leaning more towards easier, quicker and safer transactions, no amount of metals will sway the growth of cryptocurrency, whether it sells at $1,000 per ounce or not. If cash weighs a lot less than gold and more people are dropping cash wallets for cards and online transactions, what hope will gold have? 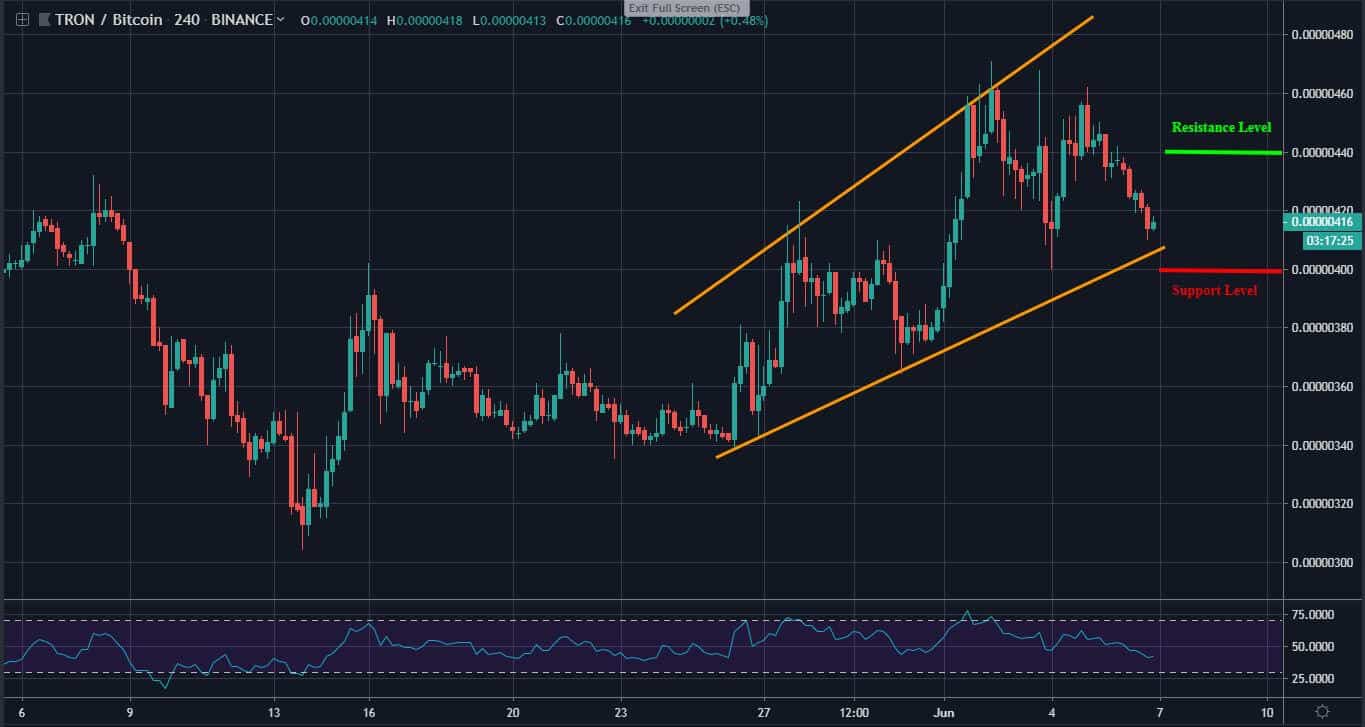 TRX Swallows Price On A Short-Term Retracement, Will $0.03 Level Break?