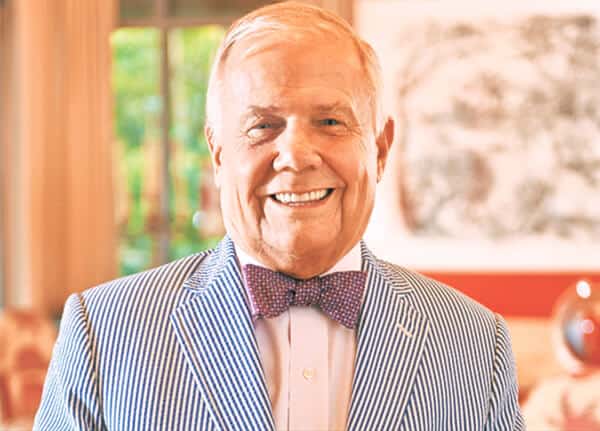 Despite strong performances over the years, Bitcoin has continued to attract detractors who keep doubting its offering. The latest to join that like is Jim Rogers, a famous American investor based out of Singapore.

Cryptocurrencies Don’t Have Government Muscle Behind Them

Rogers is a top fixture in the investment space, helping create Soros Fund Management, the Rogers International Commodities Index, and several other businesses. Last weekend, he appeared in an interview with AERA dot, a foreign publication. There, he spoke about a wide array of things, including his distaste for Bitcoin and other cryptocurrencies.

The investor explained that crypto users believe that they’re smarter than the government when genuinely not. He pointed out that while the government isn’t exactly the best, its policies are backed by real power – something that cryptocurrencies lack.

“The reason why I think cryptocurrency will be gone eventually is that it is not based on the armed force of governments’ power,” he pointed out.

Rogers went on to add that all cryptocurrencies would eventually go into extinction soon enough, as all crypto investors were simply living in an expansive bubble.

Harsh as they may be, Rogers’ views are understandable. While cryptocurrencies have touted themselves as a means to evade government oversight and take charge of your financial life effectively, they still trail fiat currencies. They are now scraping to receive government regulation as well.

In some ways, politicians still hold sway over the future of cryptocurrencies. Last year, U.S. President Donald Trump went on a Twitter tirade where he criticized cryptocurrencies as being “based on thin air” and susceptible to facilitating illegal activity. The criticism soon sent off debates concerning whether or not he could decide to ban the asset for good.

In a Twitter thread, economist and stock trading expert Alex Krueger explained that it would be unlikely to impose such a ban. However, he also pointed out that the government could deem cryptocurrencies too volatile and prevent retail investors from accessing them.

As Krueger explained, such a move would mean the end of crypto exchanges, which make the bulk of their revenues from the fees they charge on retail traders’ activities. Soon enough, cryptocurrencies themselves would become worthless to many people – an occurrence that would most likely mean their slow, gradual decline.

It’s worth noting that the chances of that happening are slim to none. However, the fact that there’s always such a possibility makes Rogers’ prediction quite an interesting one.

Rogers is also not the only notable investor who believes that cryptocurrencies are fundamentally flawed. Warren Buffett, one of the most legendary investors of this time, has repeatedly hammered Bitcoin based on its value and overall strength.

Earlier this year, Buffett reinforced his stance on cryptocurrencies in an interview with CNBC. Speaking with reported Becky Quick, he explained that he had no interest in owning any cryptocurrencies. Buffett added that he wouldn’t do anything with crypto if someone gifted it to him, except sell it to someone else.

Buffett also echoed the age-old saying that Bitcoin has been used by many illegal parties to conduct unlawful activities and transactions over the years.