For the past four weeks, internet’s favorite meme coin – Tamadoge – has brought a transformation in the way the world perceives meme coins. This can be especially observed with the increasing demand for meme coins in a bearish market.

With Tamadoge’s pre-sale nearing $12 million mark, more precisely $11.56 million at the time of writing this article, the faith of investors has been on an uptrend.

This coin’s success reflects the potential that market players have in the future on meme coins.

Tamadoge is a deflationary meme crypto with a utility, having a play-to-earn mechanism. The skillful and talented players have to groom their dogs and fight battles through them, to make it to the top of the leaderboard. And eventually dogs might fight against each other.

Most importantly, Tamadoge has been audited by credible websites such as Solid Proof and Coin Sniper Verified. It has also recently reached 50k followers on Twitter, which only underlines its popularity among internet users.

The coin stands out from its peers on many grounds including the fact that the Tamadoge team has scrutinized the successes and failures of popular coins in the market as well as incentives such as no transaction fee, tax-free transactions.

The Tamadoge team believes in selling on the bases of the intrinsic value of the project rather than mere speculative trading.

TAMA, a native token has a total supply of $2 billion coins, with half of it available for Token Generational Events (TGE), while $400 million will remain not produced. Well, less than half of the tokens will be set aside in an exchange pool for CEX and DEX quotes. And 10% will be released after 10 years, which will be used to finance the project.

The price of 100 TAMA during the first phase, the beta auction of 200 million tokens, was 1 USTD. The price currently is 40 TAMA for 1 USTD, more than 100 million tokens have been sold till now with a subsequent rise in each tranche. The early investors have an advantage over the ones entering now.

With a TAMA token presale price of approximately $0.015 and a total offering of 2 billion tokens, the hard cap of Tamadoge is $19 million, more than half of it already achieved.

Future Vision of the Tamadoge for the Coin:

Tamadoge owners have promised a ‘Tamaverse’ by early next year. An all-out user-friendly interface augmented reality app is in the pipeline too. Moreover, users will be able to transport NFT-powered animals into multiple blockchain based metaverses.

Interestingly, coin developers felt that this is a more efficient way to raise funds rather than Venture Capitalist route. They also mentioned how this process is more transparent and therefore more appealing to the investors.

Growth of Tamadoge has been a mystery, however, there have been some revelation on the team behind the coin:

Tamadoge definitely has an edge as compared to its competitors such as Shiba Inu, Dogecoin, Avegotchi and much more. You can read the full whitepaper and roadmap at Buy.Tamadoge.io 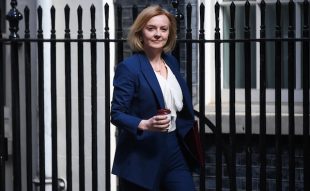