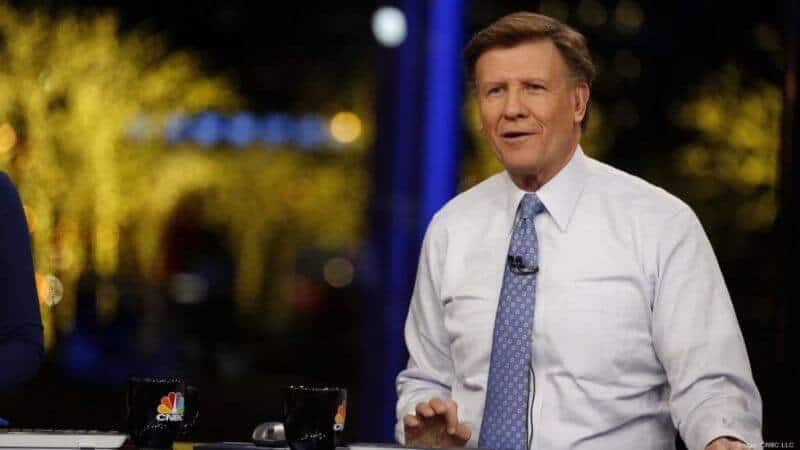 Bitcoin is continuing to grow in its prominence, and gradually, everyone is starting to notice. Including top business TV hosts. In yet another show of Bitcoin’s prominence in mainstream media, CNBC Fast Money, a popular show that has been covering developments in the financial space for years, conceded that Bitcoin does have value.

The segment of the show, which aired on Tuesday, saw anchors take a more bullish approach to the top cryptocurrency, explaining that there have been several factors that point to the rise of the asset and which see it continue to dominate markets- especially in the alternative investment asset space. On the show, Timothy Seymour, the Chief Investment Officer of Seymour Asset Management, reiterated the argument that institutional investors have been the ones holding the Bitcoin market up.

"In a world where central bankers are tripping over themselves to devalue their currency, Bitcoin wins. In a world of fiat currencies, Bitcoin is the victor."

Seymour seemed to be echoing a sentiment that has been gaining more momentum in the crypto space for the past few months. 2019 was a rather stellar year for institutional investment companies, with several of them- including Bakkt, Fidelity Digital Assets, Grayscale Investments, the Chicago Mercantile Exchange, and much more- posting encouraging numbers. Their progress has seen many opine that these firms have been able to capitalize on the increase in institutional demand for the top cryptocurrency, and as such, have taken a more pivotal role in the market.

The investor also pointed out that while the traditional financial space and regulatory bodies haven’t been overly accommodating to digital assets, some of their actions have definitely helped Bitcoin to thrive. He pointed out that central banks across the world have been forced to reduce interest rates across the board- a decision that has led to higher liquidity from investors, who in turn look to invest in assets that would provide them with much more in returns than what they’re seeing from bonds and other traditional assets.

All of these have led to the growth in demand for alternative assets, and both gold and Bitcoin have benefitted immensely from that.

When it comes to finance-based news sources, CNBC is definitely beginning to warm up to the crypto space. Earlier this week, the news source played host to Tom Lee, the co-founder of investment advisory firm Fundstrat Global Advisors, who claimed that despite starting behind and much later, Bitcoin will pip the Dow Jones Industrial Average to a $40,000 valuation.

Although he claimed that the Dow would most likely hit $30,000 before Bitcoin (easy, since the Dow has held its own above $29,000 for the past week), the top digital asset would beat the investment metric to the $40,000 mark.

The news source also hosted legendary hedge fund manager Ray Dalio last month at the World Economic Forum, where he explained that he wouldn’t advise anyone to hedge against economic uncertainty with Bitcoin due to its failure as a medium of exchange and a store of value.