Hackers hit the Twitter accounts of several Indian political and government entities over the past three days, with some of the compromised accounts posting NFT-related ads on their feeds.

Others hit include the Meteorological Department, the University Grants Commission, and the Punjab National Congress, the main opposition party.

After the hackers infiltrated the Twitter accounts of the chief minister’s office, the profile picture was replaced with a ‘bored ape’ while several old tweets were deleted and new ones posted.

However, the Twitter account was restored shortly while reports were made to the Cyber Crime police station in the Lucknow state capital.

Last December, the Twitter account of Narendra Modi was compromised as a scam message about India’s legalization of BTC appeared on the screen.

In the latest compromise, the hackers posted NFT-based content that promoted a project called “Azuki” on the breached accounts. As a result, people speculate that the threat actors that hacked Narendra Modi’s accounts have links with the latest hackers.

The most recent attack was on the Twitter account of the Punjab unit of the Indian Congress. After the hacking incident, the hackers used the account to post over 100 tweets within a few minutes and tag the accounts with NFT and cryptocurrency-based content.

The Incidences Occurred At The Same Period

After the hackers compromised the UP Chief Minister’s account on Saturday, the state government’s account was breached on Monday. The hackers also tweeted the same NFT project as in other compromised accounts to promote their agenda.

All the hacks were carried out within three days and they bear similar tweets about NFTs, which suggest that they were allegedly carried out by on hacker or hacking group. The promotional messages were for “Beanz Official Collection”. In the message, the hackers posted that users should claim their airdrop of Beanz and use interactive Azuki NFT to become involved with the Azuki ecosystem. 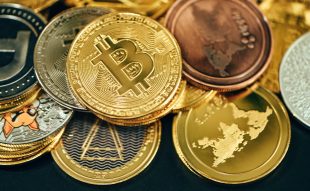 The second week of April started on a rather bearish note. Most large-cap coins ...