The regulatory framework for digital assets in India lacks clarity. The country introduced cryptocurrency taxes in a proposed Union Budget 2022 but noted that this tax did not confirm that cryptocurrencies were legal.

Now, the Indian government wants to classify cryptocurrencies as goods and services under the GST law. If this happens, taxes will be charged on the value of transactions.

According to a local publication, the 18% Goods and Services Tax (GST) is charged on services offered by cryptocurrency exchange platforms. Cryptocurrencies will now be subject to this tax, with officials saying that crypto was similar to gambling, lottery and casinos, where a 28% tax was applicable.

One official said, “There is a clarity needed in regard to levy of GST on cryptocurrencies and whether it has to be levied on the entire value. WE are seeing whether cryptocurrencies can be classified as goods and services and also removing any doubt on whether it can be called an actionable claim.”

The GST tax will be levied on the entire cryptocurrency transaction, where the rate charged will range between 0.1% and 1%. An official noted that discussions were still ongoing on the exact rate to be charged. “First, a decision on classification will have to be finalized, and then the rate will be discussed.”

Last week, the Central Board of Direct Taxes (CBDT), JB Mohapatra, noted that crypto traders in India would be subject to a 30% tax on capital gains. The tax will be applicable from April 1. Mohapatra also added that a 1% tax deductible at source (TDS) will be adopted in July 2022.

India to launch a CBDC 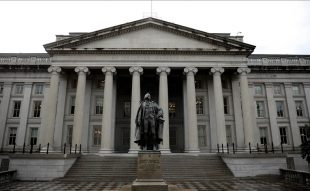 Fiat Is Still The King For Money Laundering, Us Treasury Department Says