Homenewshave ronaldo and messi invested in crypto and nfts 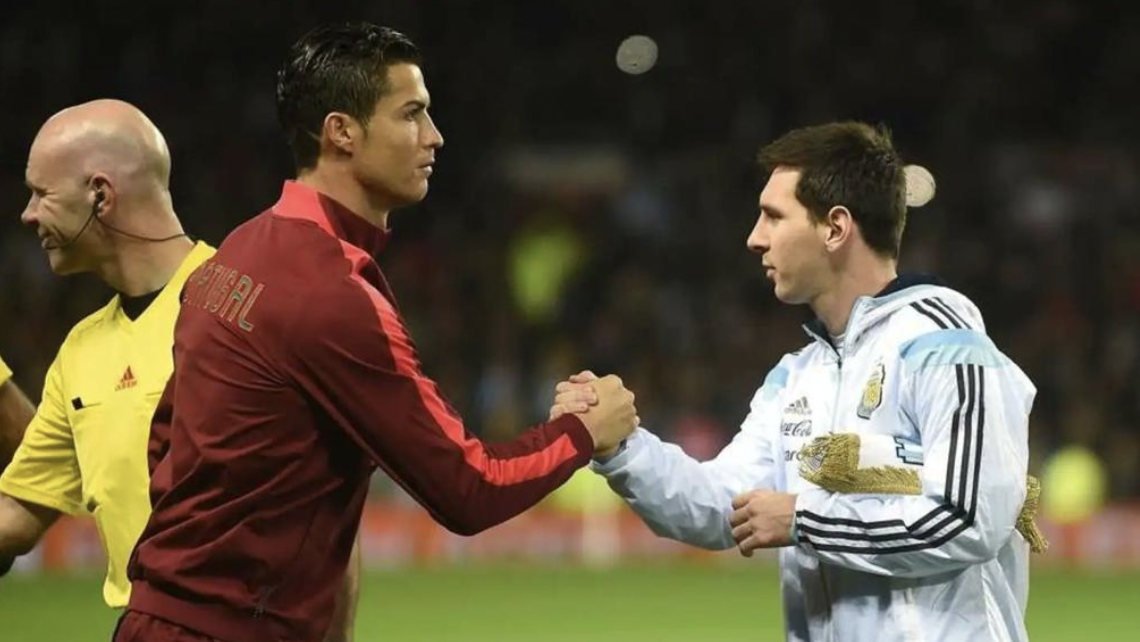 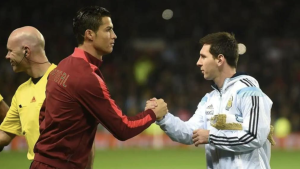 This weekend marked the beginning of the 2022 FIFA World Cup in Qatar. Millions of soccer fans will not only be able to get their fill of sports and competition this year, but they will also have the option to engage with numerous Web3 brands and corporations that are aiming to accomplish their own aims.

In 2018, when the World Cup was held in Russia, the phrase “Web3” was not widely discussed throughout the world. However, in 2022, athlete NFT decreases, and new elements such as Bored Apes from Adidas ads are welcomed into the month-long competition.

In addition, shortly before the World Cup kicked off, Cristiano Ronaldo debuted his first NFT collection with Binance, and BitGet, the largest crypto exchange, revealed its relationship with Lionel Messi, who is already a brand ambassador for cryptos such as BC.Game, Socios.com, and Sorare NFTs.

First off, FIFA, the world soccer governing body, has developed their very own NFT marketplace on the Algorand blockchain. It’s called FIFA+ Collect. Users may do something akin to what they can do on the NBA Top Shots platform by compiling video moments and highlights from prior World Cups.

A user can purchase a pack of trading cards depicting three unique moments from the user’s experience. At this time, the $7,500 NFT of Kylian Mbappe’s goal against Argentina in the 2018 FIFA World Cup is the priciest item available.

In addition, FIFA collaborated with blockchain firms Altered State Machine, Matchday, Upland, and Phygital to create many Web3 games with a soccer theme.

The best players in AI League, a mobile game developed in conjunction with the Altered State Machine protocol, will be awarded Vivo smartphones, gaming equipment, and Adidas gift cards, among other digital and physical prizes.

The FIFA World Cup Lusail stadium, hamlet, and stores have been recreated in the Upland Metaverse, which connects virtual terrain to real-world cities.

Trading non-fungible tokens (NFTs) of 32 different national team mascots, jerseys, and posters may be used to compile digital albums dedicated to the World Cup. Upland competitions during the World Cup are the only way to win a home in the tournament’s village.

Also, FIFA and Matchday, a gaming firm financed by Argentinean footballer Lionel Messi, worked together to develop a betting app. The ideal way for users to win World Cup prediction challenges with their friends is to correctly anticipate the results and acquire trade cards of the top-performing football players.

Messi’s second NFT collection, the Messi Time Machine Collection, was made in collaboration with the Web3 firm Ethernal Labs and their NFT marketplace Ethernity.

The five new downloadable items are a tribute to the forward’s time with Paris Saint-Germain. In the series’ first NFT, he is featured at his debut in the World Cup in 2006.

For those who have that token, there are up to four more items to be obtained, marking the 2010 and 2014 World Cup participation. Ten lucky ticket holders will get a No-Fee Tournament entry (NFT) to the 2022 competition.

In 2021, the soccer star collaborated with Ethernity Chain on a collection called “The Messiverse,” which was reportedly the most successful collection ever sold on the site, grossing $3.6 million.

According to Nick Rose Ntertsas, CEO and co-founder of Ethernal Labs, Web3 is ushering in the future of conventional sporting events like the World Cup by providing a new platform for fans, teams, companies, and players to interact and convene.

He went on to say that the World Cup acts as a connecting point for traditional sports fans and Web3 enthusiasts, as many professional athletes and major corporations are realizing they need to accommodate technological advances like digital collectibles and Metaverse gatherings to attract the attention of followers who were born and raised in the digital era.

Messi has been an active advocate for blockchain for a while now, but his adversary, Cristiano Ronaldo of Portugal, has also joined the business in time for the 2022 World Cup. He had more Instagram followers than anybody else, so the cryptocurrency exchange Binance targeted him.

As part of another, multi-year agreement with the exchange, Ronaldo has released an NFT collection on Binance.com. Each of the 6,645 NFT CR7 collections depicts a memorable occasion in Ronaldo’s life.

There are four tiers of rarity for the digital collectibles, and based on the NFT uniqueness, holders can receive a variety of benefits, such as a personal greeting from Ronaldo, autographed products, early access to new NFT drops, and free gift boxes.

In a statement, Ronaldo said he was able to create a product that not only reflects the excitement of the game but also gives back to the fans that have supported him for so long.

To make up for the fact that US consumers can’t access the NFT marketplace on Binance.com, they are giving holders a souvenir NFT for certain amounts of USD deposits made during the promotion period and giving them whitelist access to buy future CR7 NFTs.

This year, Binance ran a campaign through social media that paradoxically enlisted the help of celebrities and sports to caution cryptocurrency investors against taking the advice of those in the spotlight.

A 60-second broadcast advertisement starring Ronaldo has been released by Binance to promote cooperation and the NFT series during the World Cup.

Have You Invested In Any Of These Presale Tokens?

While the fate of tokens and NFTs endorsed by various celebrities is yet to be decided, only time will tell whether they will skyrocket to the moon or not.

On the other hand, these presale cryptocurrencies which are available at a massive discount have a lot of potential and are capable of giving you 100 times your investment in the long run.

Dash 2 Trade is a brand new trading tool that provides incredible data and indications to the crypto trading community (D2T). D2T has quickly become one of the top crypto presales to invest in if you’re looking to save money.

Users get access to a wealth of information on every cryptocurrency project out there, including buy and sell signals. Moreover, they can use social signals to stay abreast of current topics of discussion on the web. Users are able to gain knowledge from one another, incorporate that knowledge into their own tactics, and then back-test those methods before putting them into action.

After the completion of the presale phases, LBank plans to list D2T on its reputable exchange. The greatest time to buy D2T was during the third stage of the pre-sale, which is already almost over.

Due to its innovative method of enticing P2E players to join the project, Calvaria (RIA) is also among the top crypto presales that may help you save money. They aren’t only giving you a crypto-based card game to play; they’re also giving you a free copy of Calvaria: Duels of Eternity to enjoy.

Those who play the free version may learn how crypto gaming works and see in real-time how much they would have made in the crypto version. Not only will new players be attracted to the game, but they will be kept interested and enthusiastic until they finally make the investment in a deck of NFT cards.

The $RIA token’s worth stems from the fact that it may be used in places apart from the RIA network. Investors are clearly interested, as RIA has already smashed through three presale phases. In fact, Stage 4 of the Presale has already been completely sold out of tokens. 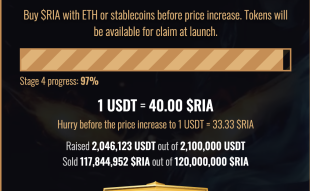 Calvaria has only 24% Of Tokens Left — Presale Ending Soon?

Join Our Telegram channel to stay up to date on breaking news coverage Currently, ...