Halborn, a cybersecurity company, has warned of a new phishing campaign. The campaign is targeting users of the MetaMask wallet. MetaMask is among the most popular crypto wallets, and over the years, it has been targeted by such campaigns.

A post published on July 28 by the technical education specialist at Halborn, Luis Lubeck, said that the phishing campaign used emails to target MetaMask users and dupe them into sharing their passphrase.

Halborn analyzed fake emails that it received towards the end of July. It noted that these emails were designed to look authentic, with the message urging users to complete KYC verification and ensure their wallets are verified.

However, there were several red flags in the email. There were several spelling mistakes, and the sender’s email address was definitely fake. Moreover, the phishing emails were sent through a fake domain known as metamask.auction.

Phishing campaigns are social engineering attacks that use targeted emails to lure victims into exposing more personal data. The emails contain links that, when followed, lead to malicious websites where the hackers will steal cryptocurrencies.

The message also lacked personalization, another red flag that the email was fake. The call to action prompt contains the malicious link that leads to a phony website where users are urged to provide their seed phrase before being redirected to MetaMask, where the attackers will steal from their crypto wallets.

Halborn is a cybersecurity company created in 2019 by white hat hackers offering blockchain security services. The firm completed a $90 million Series A funding round in July. It is not the first blockchain exploit by the company. In June, researchers from the company detected a case where private wallet keys could be unencrypted in a compromised computer. MetaMask is yet to acknowledge the phishing campaign on their Twitter feed.

Phishing campaigns in the crypto sector

Phishing campaigns have become very popular in the cryptocurrency sector. Last week, users on the Celsius network were warned of a phishing campaign after a third-party vendor employee exposed customer emails.

Towards the end of last month, security researchers also warned about a new malware known as Luca Stealer. The malware strain has been written through the Rust programming language and targets Web 3.0 infrastructure, including cryptocurrency wallets. Another malware known as Mars Stealer was also detected targeting MetaMask wallets early last year. 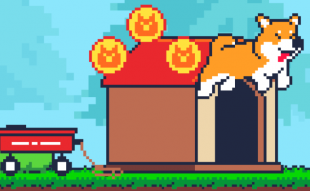 Memecoins were launched with the intent to be a joke. What started with Dogecoin ...