Nintendo’s very own free-to-play mobile game, Dragalia Lost, developed in partnership with Cygames, is about to shut its operations by November 2022. Launched in 2018, the game had a huge success in the past three years. It managed to earn more than $100 million dollars in revenue in less than a year following its launch.

Free-to-play games have come to the mainstream after the smartphone revolution. Every player with a smartphone and an internet connection can play these games and that too for free. A lot of games charge users money at the very beginning to purchase the game, but that is not the case with Free-to-play games that have a free entry. They, however, do charge for in-app-purchases like merchandise, etc.

Even though free-to-earn games don’t charge money upfront from their users, it still manages to make more revenue in the long term by having users hooked on their games.

Dragalia Lost, which had a fairy tale run for the past three years, is facing some serious existential issues, some of which have led to the closure of its operations.

What is Happening to Dragalia Lost game?

Dragalia Lost is Nintendo’s one of the first mobile-first free-to-play game. The developers of the game have announced the closure of operations by end of November, stating that there would be no offline version of the game made available to the users.

The rumors about the closure of the game were around since last year, but it only got confirmed by the developer in March when the developers announced that the game would not see the end of this year.

The developers said that users wouldn’t be able to purchase Diamantium, the in-app premium currency by 30th August and would only be allowed to purchase game packs from only owned Diamantium till 31st October.

This came as a big blow for the players as they had invested a lot of time playing and developing their character. With the force-stopping of the game, all of their works and achievements would become a part of history.

The closure of a free-to-play game is not a new thing as developers like Nintendo have gone through the same thing a lot many times in the past and will continue to happen in the future too. This is where decentralized games like Tamadoge come which have more stakeholders than these centralized games and therefore are more stable and can stand the test of time.

Why is it Happening?

Nintendo, moving forward with its decision of shutting down Dragalia Lost, has made the fans as well as the industry very curious about the possible reasons behind the same.

As the developers explain, the game reached its conclusion at the end of its final campaign (release of chapter 26, part 2). This means that they are not planning to add any further chapters to the game. But this on its own could not be the reason behind such a drastic measure.

Although the developers witnessed huge amounts of revenue coming in the first year after the launch of the game, the trend didn’t continue for long. The revenue decreased from $100 Million in the first year to a mere $22 million between April 2020 to March 2022 (less than a quarter of what it was earlier).

Nintendo, like any other big organization, is more concerned about the performance of its products (her Dragalia Lost) on paper and hence is able to take bold decisions like a shutdown without (as did happen with Dr. Mario World last year).

As we can conclude by now, Free-to-Play games aren’t always the best. Yes, they do offer gaming experience to users free of cost but in return demand investment in terms of your time and effort, all of which could vanish in thin air if the game shuts down.

As mentioned earlier, Online-Free-to-play games affect their users in the worst possible manner when they shut down. If there is no offline alternative provided (which generally is the case), users tend to lose all their data. These could be achievements behind which they had put hundreds of hours.

The same is going to happen in the case of Dragalia Lost, which might have players who have been playing the game since the very beginning.

Loss of Money and Assets in the Game

Apart from achievements, users also have in-game assets they purchase using real money. These assets have their value just inside the game, and there is no way one could redeem the amount he has spent on them when the game shuts down. Dragalia Lost managed to generate tens of millions of dollars, if not more, in in-app purchases.

There also must be some players who might have spent thousands of dollars on various things. They most certainly wouldn’t have done that if they knew that the game will shut down in a few years.

Tamadoge as a Suitable Alternative to These Games

Tamadoge is a Play-To-earn platform that enables its investors to earn real-life rewards, all while playing an interesting game. Users are given pets who they are supposed to raise. Users occasionally battle their pets with each other to earn rewards that are convertible into TAMA (the official currency of the TamaVerse). The Platform has managed to win trusts of a lot investors and raised about $10 million dollars just from presale.

Platforms like Tamadoge address all the problems a traditional Free-to-play online game suffers from. Being operated on a blockchain, they are more secure as well as more decentralized.

No Complete Loss of Data

Unlike in the case of Dragalia Lost, where the users will lose all their data and achievements as the central server stops operating, Tamadoge operates on a blockchain network and, hence, manages to keep at bay the risk involved with a central server.

Unlike central servers that are prone to attacks from hackers, decentralized servers are less likely to lose all their user data.

Assets (in the form of NFTs) are Transferable

One major issue with Dragalia Lost Shutting down is the loss that the users will have to face, especially the ones who had invested huge sums in the game to buy in-game merchandise. Much like the game, all of these assets will become non-existent after November 29th.

The same would not happen if you buy Assets on the Tamadoge platform, as these are in the form of NFTs, which can be bought and sold outside the game, giving them real-life value, not contingent on the life of the game.

Dragalia Lost has gone from being one of the most successful mobile Free-to-Play games to a total nightmare for its developers and users. The game is sure to shut in the coming months. No offline version of the game will be made available to the fans making the game a part of history.

Huge investments in these games are always riskier than in Blockchain-based games. Tamadoge a blockchain-based game can be a perfect alternative for players who otherwise are risking their time and efforts playing Free-to-Play games like Dragalia Lost. You can read the full whitepaper and roadmap of Tamadoge project at Buy.Tamadoge.io 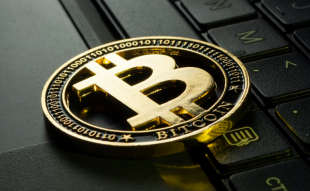