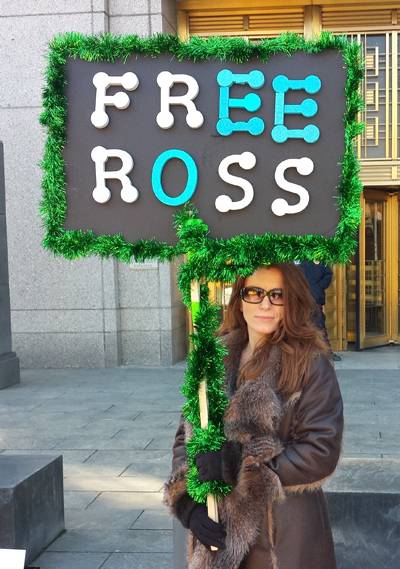 Times Square is one of the most famous spots in the world. The spot sees hundreds of thousands of visitors on a good day and has grown to become an advertising powerhouse. However, like it is with every other aspect of human life, crypto is about to make a mark on Times Square too.

Online reports have confirmed that the “Free Ross” movement, a campaign for the release of the infamous Ross Ulbricht, had purchased a billboard at Times Square. Clemency for Ross, a Twitter account affiliated with the campaign, explained that the ad will continue to run for months.

Ulbricht founded and ran Silk Road – the defunct marketplace for everything illegal. The 36-year-old was apprehended in 2013 for establishing and operating the site. He summarily got nailed on seven charges: drug trafficking, money laundering, computer hacking, criminal enterprise, and aiding and abetting the distribution of narcotics over the Internet.

Today is the first day. It will be in Times Square for several months.

He got a double life sentence with no parole and is in the seventh year of his sentence. He currently stands no chance of getting probation without clemency, and that is what people like Clemency for Ross have been looking to achieve.

While the hopes of that are still in the air, Ulbricht’s supporters are still adamant that they can make a difference. As Clemency for Ross explained, they have sufficient funds to keep running the Times Square campaign, as they recently got funding from a generous supporter.

The hope, of course, is to create enough of a buzz around the issue and get people interested in what Ulbricht had done. However, the effectiveness of their campaign is still questionable. Most prominent amongst the problems they could face is the fact that fewer people will be out than usual as a result of the coronavirus.

The Fallout from Silk Road Continues

Despite all this, the Free Ross movement remains strong. Back in March, the campaign sent a petition to the White House asking for his release. Quite impressively, the petition gained over 275,000 votes.

The petition hopes to gain 300,000 signatures, and it now has 291,000. The initiative also said at the time that Ross was doing fine in jail, although no one could go to see him because his prison was under lockdown as a result of the pandemic.

It’s also worth noting that Ross isn’t the only Silk Road official who is battling for a release. Last month, Hugh Haney, a former vendor for Silk Road, requested a temporary release from jail on account of coronavirus concerns.

At the time, his attorney argued that Hugh’s prison – the Manhattan Metropolitan Detention Center – was on the verge of a possible outbreak. He pointed that they had only tested seven of 1,700 inmates, and three of them had tested positive.

Still, the judge dismissed the appeal, pointing out that they had failed to provide a compelling argument.