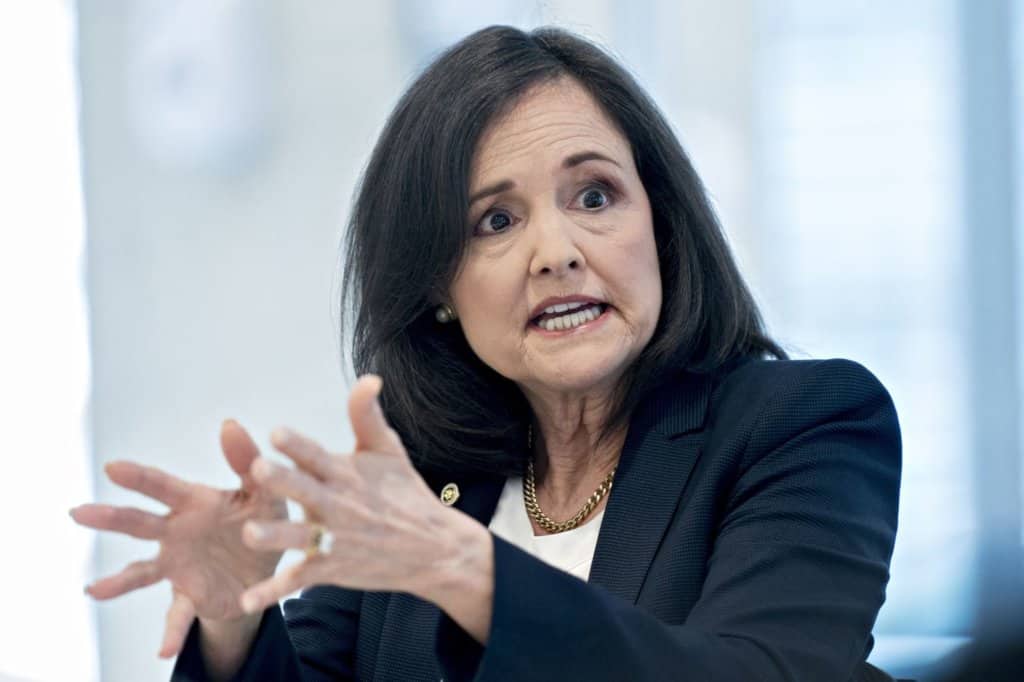 President Donald Trump has nominated Judy Shelton to be a member of the governors’ board at the United States Federal Reserve. She could help improve adoption, as she has recently advocated for a state-backed digital asset. Shelton has been an adviser to President Trump on the American economy, and he nominated her to the Federal Reserve last July. While describing her idea of the country’s monetary system, she flirted with the possibility of including cryptocurrencies.

An Ardent Critic of the Federal Reserve

While speaking to reporters at an interview yesterday, the soon-to-be policymaker explained that it would be in the government’s best interest to return the country to the gold standard. As she explained, making such a move is a show of monetary discipline and control. This way, the dollar can go back to being a stable unit of account, and it won’t be controlled by the whims of whoever is the Fed Chairman.

However, she also confirmed that a futuristic version of the gold standard could include digital currency. As she pointed out, the central banks have failed the private sector in providing a stable unit of account. With a gold standard – especially one that’s crypto-related, they can provide the required stability.

The statement is especially daring for Shelton, but it’s not been inconsistent with her character. She has previously proposed some strict reforms, including pushing for gold and questioning the Fed’s ability to set currency prices.

Given that the entire purpose of cryptocurrencies is to prevent interference from agencies like the fed, it’s quite easy to see why she has developed an affinity for them. However, she still appears to believe in the power of gold – especially as a stable store of value.

Shelton’s appointment to the Federal Reserve remains in doubt, as bipartisan disputes have so far swallowed up the entire process. However, there’s no assurance that her appointment will kick-start the dawn of crypto acceptance by Capitol Hill. For one, moving from the currency system to a digital asset is a leap that will be unprecedented in United States history. While there has been talk about switching to a state-backed asset for a while now, it’s worth remembering that the dollar is the global reserve currency, and a decision such as this will have wide-ranging implications.

So, all parties involved will need to have a thorough consideration. There’s also the fact that Shelton will be one of only a few pro-crypto (if we can call her that) people in Washington. Moving to a state-backed digital asset won’t happen without strong support from Congress and the White House, and so far, most politicians haven’t shown a thorough enough understanding of the topic to proceed.

Still, her confirmation – if it does happen, anyways – could be a good thing for the prospects of crypto adoption.