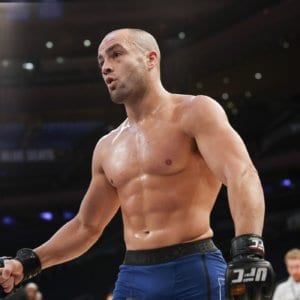 Eddie Alvarez, a popular American mixed martial artist, has declared his acknowledgment of Bitcoin as an investment purchase. In a tweet published on May 7, the former UFC Lightweight champion explained that he had purchased a unit of the top cryptocurrency – for a price of $9,800.

All right @Benaskren I finally jumped in and grabbed 1 Bitcoin , I can’t sit on the sidelines any longer . You got me !!! I still have no clue what it’s all about but I’m in … you might have to coach me they this .

Alvarez credited his purchase to Ben Askren, another MMA fighter who competes in the ONE Championship beside him. He explained that Arsken had been encouraging him to purchase the asset, and he finally acquiesced. “All right @Benaskren I finally jumped in and grabbed 1 Bitcoin; I can’t sit on the sidelines any longer. You got me !!! I still have no clue what it’s all about, but I’m in … you might have to coach me,” Alvarez’s tweet read.

The wrestling maestro also spoke on any fears for a potential drop in the price of Bitcoin, explaining that he was in the crypto space for the long haul. He claims that he is not discouraged by a future dip in the asset’s price. He explicitly said, “I don’t care about the value now, or in the near future, it’s a long term hold, not a cash grab.”

As for Arsken, he’s been a crypto disciple for a long time now. The Iowa-born fighter is especially fond of Bitcoin and Litecoin, and earlier this year, the athlete joined online voices who derided XRP, the world’s third-largest digital asset, for its involvement in a lot of fraudulent activities.

Since then, Ben has openly encouraged his followers to trade in cryptocurrency. He’s been on the record saying that anyone who does not believe in crypto trading should keep doubting while his “assets go up.” More to the point, he recently changed his Twitter handle to represent the upcoming Bitcoin halving.

Last year, Ben mentioned his use of the popular social trading site eToro. He claimed that he used the exchange site to buy Bitcoin “easily.” The love has also been returned, as the Litecoin Foundation sponsored him for his fight at the UFC 235 event in March 2019. The cryptocurrency’s brand name appeared during his wrestling match, where he defeated Robbie Lawler.

With the increasing prominence of cryptocurrencies in the world, many athletes have, at one time or the other, endorsed digital assets. Over the years, several reports have linked the growing adoption of crypto trading to its endorsement by popular influencers, especially athletes.

Last year, NFL quarterback Matt Barkley caught headlines for insisting that the San Francisco 49ers and Cincinnati Bengals pay his wages in Bitcoin. He had stints with both teams, and he reportedly demanded a unique wage payment structure that would involve the top digital asset. Sadly, neither team would budge. Russell Okung, an offensive tackle for the Carolina Panthers, also declared his desire to be paid in Bitcoin in a tweet last year. It’s unsure whether his demands materialized.

Bitcoin Suisse, one of the pioneer companies providing crypto financial services, has announced its ...