Fantom price has been edging higher since late November when support at $0.1642 was confirmed. The scalable Layer-1 token rallied 8.6% in 24 hours, bringing its weekly cumulative gains to 18%.

FTM’s trading volume is up 100% to $152 million, while its market cap holds at $714 million. If the Fantom price spike continues into the weekend, the token might make it into the top fifty largest cryptocurrencies from its current 56th spot.

Fantom Price Is Edging Closer To $0.33

Fantom price finally broke out a multi-month consolidation in a symmetrical triangle. The uptrend gained momentum after bulls reclaimed support above two major moving averages; the 50-day Exponential Moving Average (EMA) (in red) and the 100-day EMA (in blue).

Although symmetrical triangles do not have a bullish or bearish bias, a break above the upper falling trendline often leads to a northbound move, like in Fantom price’s case. The odds for a bullish outcome were further optimized by FTM stepping above the 200-day Exponential Moving Average (EMA) (in purple), currently holding the ground at $0.2326.

A 48% recovery to $0.33 is anticipated from the triangle pattern despite Fantom price hitting the pause button at $0.27. Traders will look forward to FTM dispersing the seller congestion at $0.27 ahead of another breakout to close the gap to $0.33.

Remember, the Moving Average Convergence Divergence (MACD) indicator reinforces the bullish grip on FTM as it ascends above the mean line. In addition to the green histograms, a buy signal manifested when the MACD (line in blue) crossed above the signal line (in red) on December 24.

Fantom price’s winning streak is better positioned to carry on in the coming days based on insights from on-chain data presented by IntoTheBlock. Approximately 1,500 addresses that previously scooped up roughly 237 million coins between $0.2361 and $0.2426 would be ready to throw their weight behind FTM’s uptrend to protect the gains they have accrued since November.

The path to $0.33 is largely unobscured amid the absence of a large concentration of sellers. Therefore, with a little push, FTM price could quickly rally to test resistance highlighted between $0.2881 and $0.2979, where 617 addresses purchased 259 million tokens. Despite this hurdle, the path with the least resistance remains to the upside, at least for now.

The rally in Fantom price can be attributed to the general market-wide recovery but largely to an ambitious roadmap recently released by the team. The network is narrowing its focus to the decentralized applications (DApps) sector in 2023, bolstered by the appointment of Andre Cronje to the board.

“Our overarching objective over the next 12 months will be towards creating an environment for DApp developers to build out sustainable businesses while differentiating ourselves from other layer 1 solutions,” Cronje said in a blog post.

Cronje’s reputation in the crypto industry precedes him, with some referring to him as the “the Godfather of DeFi.” He founded the Yearn Finance protocol and has previously served as the technical advisor at the Fantom Foundation. However, he suddenly exited the DeFi space in early 2022, saying the community was too “toxic.”

His return to Fantom has been welcomed by the community, with more people paying attention to the platform’s FTM token. Cronje’s comeback has led to several changes and even a proposal to reduce the token burn rate by 75% to save the network fees and directed to incentivize DApp builders.

As the team charts an ambitious path for Famtom, the community agrees. Fantom price has the potential to rally to its all-time high in 2023.

Other Altcoins to Consider In 2023

Investors are beaming with the hope of a recovery in 2023 while network developers mull over products that would shape the future of the crypto industry. Choosing the right tokens to add to the crypto portfolio is key to ensuring success in 2023 against the backdrop of a disastrous 2022.

Up-and-coming altcoins may be the answer to risk management. These tokens possess key fundamentals to rally once they list on exchanges and offer investors a chance to be early adopters.

The team behind this ambitious play-to-earn (P2E) is banking on a simple yet critical approach to curve its way into the fast-growing crypto sector. Meta Masters Guild wants to offer blockchain-based games for free, unlike existing platforms like Axie Infinity, The Sandbox and Decentraland, which require users to invest money in expensive NFTs before getting started.

Despite offering the games at no cost, Meta Masters Guild will allow players to earn rewards for their time in the games.

Players in the Meta Masters Guild’s world will earn via a currency dubbed Gems, spent in various ways. For instance, a player can swap Gems to MEMAG tokens to stake for more rewards. The Gems can also buy in-game NFTs or cash out by swapping to other cryptos like ETH.

Users will earn rewards not only for playing games but also for their contributions to the ecosystem. This can include game development, supplying in-game assets to popular players, content creation, and participating in community events and giveaways.

Investors can buy MEMAG in an ongoing presale that has already raised $46k, selling one token for 0.007 USDT.

C+Charge has proposed a mobile application to support the democratization of the carbon credit industry. The project is centered around enabling wider access to the industry, projected to be worth $2.4 trillion in 2027, but currently dominated by big corporations like Tesla.

The mobile app will be the focal point of the up-and-coming ecosystem and will cater to EV drivers’ needs. The app will manage payments and other end-to-end activities associated with the EV charging process.

The team is raising money via a presale that is underway with $238k raised. This amount doubled in 24 hours as investors hurried to get a piece of the new ecosystem. 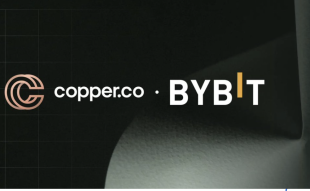 Join Our Telegram channel to stay up to date on breaking news coverage Bybit, ...