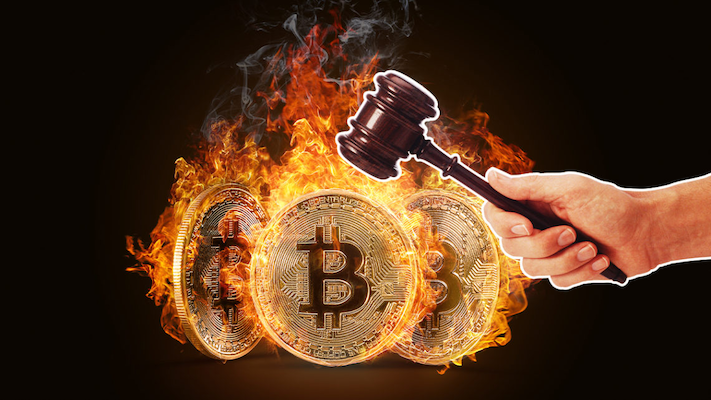 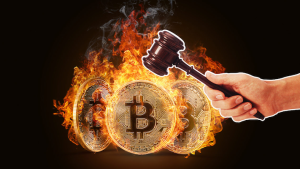 Officials from the European Union have reached agreement on the final text of their historic crypto legislation, which may pave the way for a regulatory strategy that applies to all of Europe. According to a letter from committee head Edita Hrdá, the complete legal text of the Markets in Crypto Assets Regulation (MiCA) was adopted at a gathering of EU ambassadors on Wednesday.

Hrdá said in a letter to Irene Tingali, chair of the Economic and Monetary Affairs Committee of the European Parliament, that cooperation between the Parliament and the Council ought to make it possible for the legislation to be passed at the Parliament’s first reading.

After two years of back-and-forth, legislators finally reached an agreement on the legislative package in June.

In its current form, the rule mandates that anybody wishing to issue cryptocurrency produce a “crypto-asset white paper” describing their initiative. Stablecoin issuers will, nevertheless, be subject to particular capital restrictions.

As a result, projects must maintain reserves to support the value of their tokens in an amount equivalent to the number of tokens issued. However, local authorities may raise the required amount of cash depending on how dangerous the project is deemed to be. The legislative text will now move on to the European Parliament, where, pending approval, it will likely be published in the European Union’s Official Journal early the next year, with the regulations expected to take effect in 2024.

The news was hailed by cryptocurrency supporters, but they noted that the legislation still needed to address a number of important issues, such as non-fungible tokens (NFTs) and the future of decentralized finance (DeFi). The European Crypto Initiative (EUCI), based in Brussels, said in a statement that “this signals the end of a contentious but essential conversation between the EU co-legislators, which has been underway for more than two years.”

The group asserted that MPs had adopted a “quite defensive” stance and that the legislation’s major emphasis on stablecoins resulted from the fact that it was created in response to Facebook’s Diem (formerly known as Libra) project.

NFTs are not included in the scope of the MiCA, according to EUCI, which could lead to confusion if authorities in various EU member states interpret the assets differently. DeFi projects will not be impacted by the regulation either, but EUCI claimed that the final wording did not adequately describe them.

Despite these criticisms, EUCI co-founder Marina Markezic expressed optimism over MiCA’s potential to change the sector. “It establishes a completely new set of regulations for crypto projects—ones that will transform crypto’s existing status as a ‘underdog’ and make it a full-fledged participant in the financial services market“, she said. However, we also think that the industry should be permitted to innovate without being overburdened.

EU will discuss with the US about regulation

This is happening at the same time as Mairead McGuinness, the European Commissioner in charge of financial services, declared that conversations with American authorities would center on crypto legislation next week. She said the EU hopes to share ideas and experiences with the U.S. at the next IMF and World Bank annual meetings while speaking at a Bloomberg event.

Meanwhile, Washington’s haphazard approach to virtual currencies remains in place as plans by US senators to approve meaningful crypto legislation by the end of the year are on life support. Significant votes on several high-profile, bipartisan initiatives that formerly appeared to have a good chance of passing before the end of 2022 are being postponed by congressional committees. Their chances of becoming law in 2022 have all but vanished as a result of MPs’ current intense emphasis on the elections that will take place in one month.

According to the calendar, it will be extremely difficult to pass any legislation through both chambers of Congress, according to Perianne Boring, founder and CEO of the Chamber of Digital Commerce trade association.

The crypto industry has been ardently advocating for new rules, while the majority of business sectors are fine with — or even actively lobby for — the Washington snarl. They claim that Congress must intervene because the government agencies responsible for implementing present American financial regulations and laws are unprepared to deal with digital assets.

Recent volatility in the cryptocurrency markets, such as the demise of the well-known algorithmic stablecoin TerraUSD, has left investors with billions of dollars in losses and prompted more calls for action on Capitol Hill. The cost of Bitcoin, the biggest cryptocurrency in the world, has dropped more than 50% since the start of the year, in addition to regulatory uncertainty and market failures.

Legislation to control cryptocurrency stablecoins and give the Commodity Futures Trading Commission more authority to monitor digital assets have received the greatest traction among the numerous laws being considered. However, the shared desire hasn’t yet resulted in success.

For instance, a stablecoin bill that House Financial Services Committee leaders have been quietly negotiating for months with support from the Biden administration has stalled because lobbyists and legislative staff are still engaged in conflict. According to some with knowledge of the situation, there are disagreements on the role of state regulators and who should be eligible for accounts with the Federal Reserve that are generally only available to banks. Both the committee’s head, Maxine Waters, and its top Republican, Patrick McHenry, did not respond to calls for comment.

Because members still need time to comprehend the complicated contents in the most recent draft, the MPs missed a set deadline for a committee vote on the bill last month. If Republicans win control of the chamber in next month’s elections, they would also be in a stronger negotiating position.

Two prominent Senate initiatives that would strengthen the CFTC’s capacity to directly monitor trading in Bitcoin and any other cryptocurrencies that are not governed by US securities rules have likewise made little progress. The Senate Agriculture Committee’s co-chairs, Debbie Stabenow and John Boozman, are leading one bill, while Kirsten Gillibrand of New York and Cynthia Lummis of Wyoming are supporting another, far larger package.

The US’s top Wall Street regulators are a part of the Treasury-led Financial Stability Oversight Council, which stated this week that Congress should grant it the authority to directly supervise tokens that aren’t securities.

Given that Congress will likely be in recess until after the Nov. 8 midterm elections, the chances of adopting a crypto law this year seem to be getting longer and longer. However, there is still a slight chance, particularly if legislators add one of the proposals to legislation that must be approved by the middle of December in order to support the government.

The sector might benefit from a delay since it would have more time to campaign against changes it doesn’t like, such as those that could affect decentralized banking systems.

Kristin Smith, the executive director of the business organization Blockchain Association, stated, “From our perspective, it’s not when something gets done. It’s what gets done“. 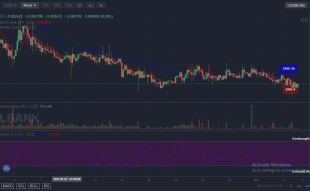