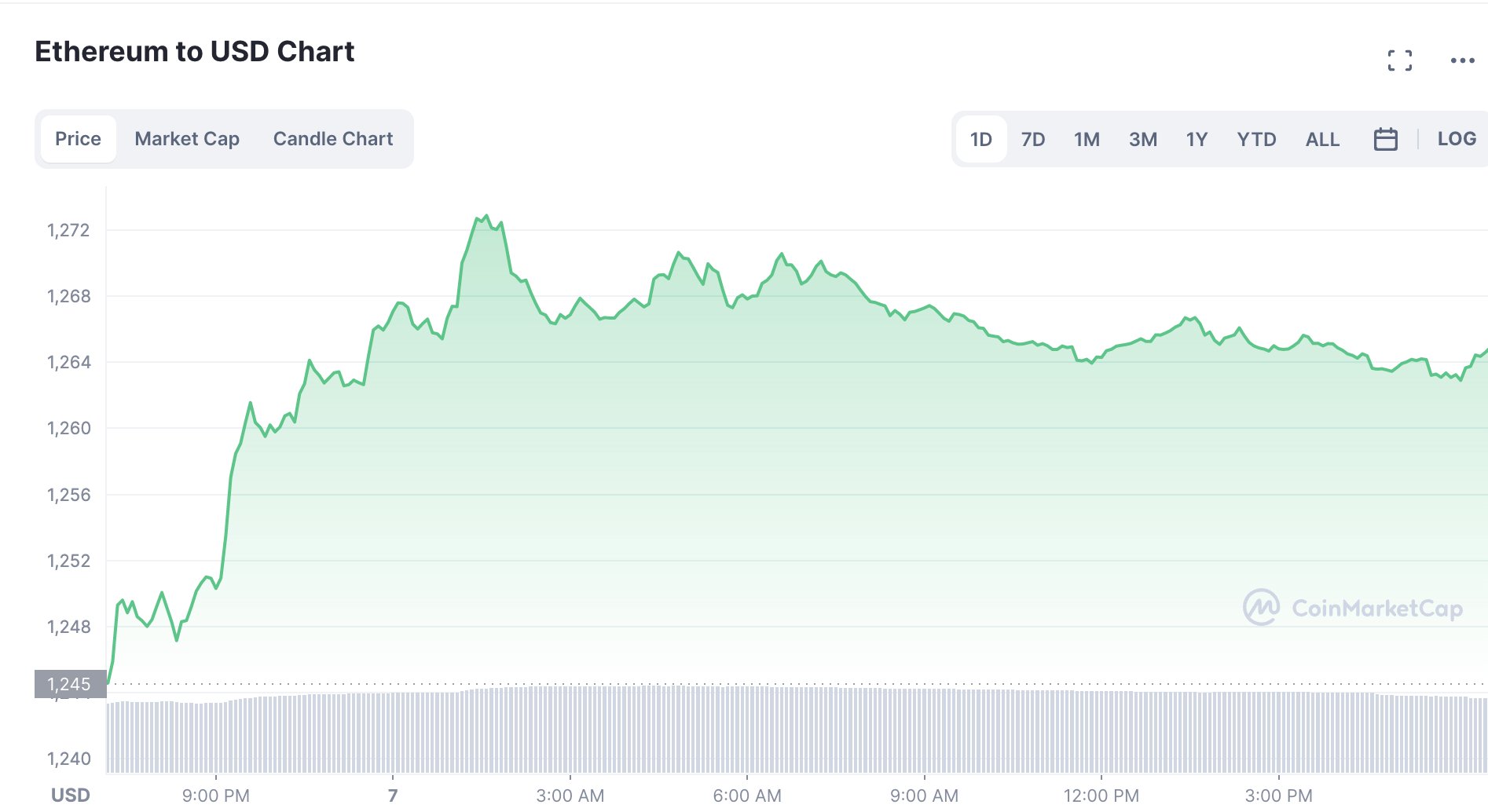 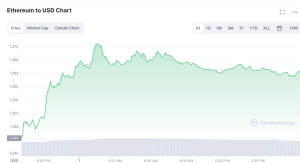 Ethereum, the most widely used Altcoin, is often believed to be overpriced in comparison to other cryptocurrencies by both investors and cryptocurrency enthusiasts. In 2023, experts predict it might rise beyond $2,000 once again.

One of the largest and most popular cryptocurrencies of last year, the blockchain can be used to facilitate a broad range of functions and applications throughout the IT landscape, including those in the gaming media, and entertainment industries.

Ether (ETH), the native currency of Ethereum, has witnessed spectacular growth in value since its inception in 2015. The value of Vitalik Buterin’s Ether cryptocurrency has increased from its 2015 launch price of $0.311 to its 2017 all-time high of approximately $4,800.

What Was Keeping ETH Afloat During 2022?

Throughout 2022, Ethereum price stayed within a narrow range of $1,000 to $2,500. The widespread use of Ethereum-based DeFi protocols like Compound and Uniswap has contributed significantly to this steadiness.

More people were interested in the field as a result of these platforms, which let users build their own Ethereum-based decentralized financial apps.

NFTs, which are based on Ethereum’s technology and can be bought and sold securely without a middleman, were also gaining in popularity. The year 2022 was less steady but still rather beneficial for ETH owners, thanks to the rising demand for NFTs on the network.

In 2022, ETH saw widespread adoption across industries like banking and technology. Making use of blockchain’s decentralized nature, low transaction costs, security, and transparency, among other benefits, was recognized as essential.

Why Investors Should Still Have Faith In Ethereum?

There are three key ways in which Ether stands apart from other major cryptocurrencies.

To begin, miners can produce Ether in addition to other coins. Because of its open-source nature, numerous new, lesser cryptocurrencies have emerged. Despite the fact that Bitcoin mining currently needs the use of specialized hardware, Ether can still be efficiently mined using high-end gaming GPUs.

Second, the Ethereum blockchain is ideal for the development of decentralized applications (dApps) and non-fungible tokens (NFTs).

As a result, Ethereum is a cornerstone of the Web3 movement, which holds that dApps will ultimately undermine controlled app platforms like Alphabet’s Google Play and Apple’s App Store and will facilitate the growth of a decentralized Metaverse of apps and services.

Because it is the most widely held token on the Ethereum blockchain, ETH serves as the native currency of the Ethereum ecosystem, and its price may level out as more and more users start making purchases with it.

Finally, Ether is a greener option than other cryptocurrencies. Before last September, Ethereum followed Bitcoin’s lead and employed the energy-intensive proof-of-work mining method.

However, it has since switched to the more efficient proof-of-stake approach. Ethereum’s energy needs were cut by almost 99.95 percent during that change, called The Merge. This has the potential to facilitate the creation of additional coins, applications, and services on the Ethereum network.

Where Does Ethereum Find Its Support?

The bulls predicted that by the end of 2022, The Merge would have pushed the price of Ether to all-time highs. As a matter of fact, its price has been reduced by around 30% since then. In the eyes of the bulls, the recent decline in Ether’s price is unwarranted, and the cryptocurrency sector as a whole is suffering from rising interest rates.

According to them, the present price of Ether isn’t commensurate with the advantages of The Merge or the future expansion prospects of the Web3 sector.

Perhaps after the crypto winter is over, just Ether and Bitcoin will be left. That would mean their prices would level out, making them attractive to institutional investors. With those factors in your favor, it’s possible that that the price can reach $2,500 by the end of 2023.

But it’s also possible for the crypto winter to worsen the situation. Regulation of the cryptocurrency industry has been tightened in response to the collapses of the FTX cryptocurrency exchange and Terra blockchain among other scams in the crypto industry.

As investors lose their interest for risky investments, a global recession might spell the end Ether and the whole cryptocurrency sector. If that occurs, the price of Ether might tumble below $1,000. When compared to equities, Ether lacks a clear underlying value (beyond its previous trade) that can serve as a floor for its price.

Will The Second-Largest Cryptocurrency In The World Make A Comeback In 2023?

There is hope that the price of Ether will level off this year as cautious investors return to the cryptocurrency market. Also, chances are slim that the price of Ether will increase by more than $1,500. As the economic headwinds persist, investors are likely to continue avoiding the crypto, Web 3, and Metaverse sectors in favor of the relative safety of government bonds and blue chip equities.

However, unless the macroeconomic condition changes and a new bull market begins it is very likely that investors will once again become ecstatic about NFTs or dApps, despite the fact that Ether’s technological advancements are outstanding.

Is Dash 2 Trade A Better Alternative?

While Ethereum is facing a tough time, there is one token which has already made waves in the presale stage. The pre-sale of Dash 2 Trade sent shockwaves through the industry, and the cryptocurrency is still making headlines.

The original target was $13.4 million, but as of this writing, they have raised $13.8 million and are still going strong. There isn’t much time left to acquire D2T tokens before it’s publicly listed in the next 2 days.

To all the world’s investors who are seeking tips on their investment path, Dash 2 Trade has the possibility to become a top analytics solution that is revolutionary.

When the Dash 2 Trade platform is fully functional, investors will be able to test the waters and get a feel for what they can anticipate from the platform, as well as try out its many convenient features.

A Dash 2 Trade token that might return 10 times your investment by 2023 is currently offered at a steep discount, but time is of importance, so now is the ideal time to buy. Visit the official website to invest in it now. 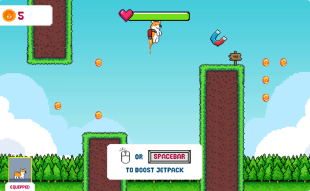