Things have started to show real change as we get nearer and nearer to the Merge upgrade. And since the upgrade has been trying to get it right for a long time, the Ethereum Foundation is also bullish about finding a solution. That is why the Ethereum Foundation Bug Bounty Program has raised the bouncy from $250k to $1 million to anyone who could see the client and solidity bugs affecting the network.

The Merge has always had a rough run as of late. From the delayed difficulty bomb to the arrival of the general crypto winter, things haven’t really gone according to Ethereum’s way. There have always been too many bugs, and many old guards of crypto have claimed that the coming shift to Proof of Stake is risky, with many threatening to leave Ethereum.

But those threats can’t stop the future for Ethereum, however, it may be this time that the Merge upgrade will finally arrive between September 10th to 20th. Once the Proof of the work ends and Proof of Stake begins – we will know the Total Terminal Difficulty of the last mined block.

However, getting to the TTD isn’t that easy. According to the Ethereum Foundation, the network must first activate the Beacon chain with the Bellatrix upgrade before switching. As the hash rate of the network is correlated to the difficulty of each block, TTD will come sooner if the hash rate is higher when it enters the network.

It seems all rests upon the hash rate, as its failure would stop it from reaching TTD quickly – which would likely impact the Ethereum Price negatively.

But the foundation has already put safeguards in place – and you’re one of them.

The Bug Bounty Program’s origins can be traced to 2020 when the Ethereum Foundation announced a $5,000 prize to anyone who could exploit Ethereum’s vulnerabilities as the public sees it. The idea was to instill public confidence in the blockchain.

But Geth, the Ethereum software client, had a major flaw that led to the disconnection of more than half the Ethereum.

And for the merge upgrade to be successful, the Geth upgrade should be modern.

With the arrival of the merge upgrade, Ethereum will become one of the most eco-friendly cryptos in the market with its shift to Proof of stake. For a long time, Proof of Mining has drawn criticism from environmentalists because of its extremely high energy consumption. It is the primary reason many are driven away from Bitcoin.

However, as we mentioned, the road to merge upgrade hasn’t been smooth sailing. There were bugs, and then there were adverse market conditions. However, this time Ethereum Foundation doesn’t want to take any chances, which is why it has announced the biggest bounty through its Ethereum Foundation Bug Bounty program.

Here is the breakdown of the prizes:

The vulnerabilities that the Ethereum foundation is trying to capture range from DoS (Denial of Service) vectors or inconsistencies with the parameters. Remote code execution vulnerabilities and spec non-compliance are also on the radar for this launch.

So, what happens to the Ethereum holders after the upgrade? The users won’t have anything to do until the merge. And as mining would no longer be an option, stakers and node operators would need to shift to the execution layer server. 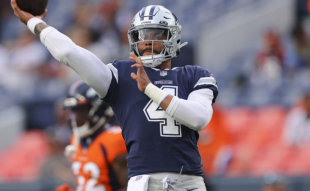