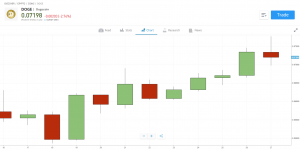 Elon Musk, the CEO of Tesla and an investor in other leading cryptocurrencies, will continue to support Dogecoin. He has long supported the currency and continues to buy it even when investment in other cryptocurrencies drops.

Dogecoin has dipped in recent days from a high of almost $0.70 to about $0.05, amid the current “crypto winter.”

In a tweet recently, Elon Musk supported Dogecoin and said he will continue buying Dogecoin for sure. He replied to someone who asked him in a tweet to keep buying “Dogecoin” that he would keep on buying this cryptocurrency.

Lawsuit Against Elon Musk and Tesla

Last week, a US cryptocurrency investor filed a lawsuit against Elon Musk and Tesla because they allegedly inflated the price of Dogecoin by bombing with Bitcoin.

The allegations are that, because Elon Musk tweeted about it, people have been investing in Dogecoin and, as a result, lost a lot of money. The plaintiff claims that Dogecoin is falsely advertised as a legitimate investment because it has no value.

He said that the defendants, Musk and his companies, SpaceX and Tesla Inc., started investing in, promoting and supporting Dogecoin in 2019. The plaintiff said that as a result of this investment in Dogecoin produced by Bitcoin’s founder and developer, Defendant Musk and his corporations SpaceX and Tesla Inc. The plaintiff has lost approximately $86 billion in this Bitcoin pyramid scheme.

Earlier this year, there was a boom of cryptocurrency consumers who were interested in the innovation in the market, like Tesla. Tesla also announced that they will accept Dogecoin as payment for their electric charging stations.

Tesla accepts Dogecoin online and has hinted toward plans to accept it in the near future, as a form of payment for their cars. Elon Musk invests in and holds positions on top of Tesla’s investment in Bitcoin. He also owns positions in Ethereum and Dogecoin.

The Dogecoin – a meme coin inspired by dogs, has been constantly climbing higher since Elon Musk spoke favourably about its potential. No one knows what will happen next, but the platform seems to be on a roll after making him a “hodler”

Basically, meme coins are cryptocurrencies inspired by internet jokes. Dogecoin was inspired by the Doge meme, which was a viral photo of a Shiba Inu. With new cryptocurrency models flooding the market, members of the community have chosen to invest in them in order to be part of the joke. Some cryptocurrencies haven’t caught on and have been discontinued, while others have had a measure of success.

Recently, Dogecoin has been among the most popular tokens for investors. Following some bullish remarks from Tesla CEO Elon Musk, it has grown in value by 15.3%. Musk cited Tesla’s similarities to Dogecoin and reaffirmed its importance.

Invest in Dogecoin via eToro Now

Dogecoin’s inherent value makes it hard to peg a price and its volatility over the last few years is notable. Whereas, Bitcoin and Ethereum are often used to measure investor sentiment across the rest of the crypto sector.

Investors in Dogecoin (DOGE) pay more attention to what Elon Musk is saying than other cryptocurrencies. This is because DOGE is a meme token, and it has a speculative nature that can’t be ignored. So, when Musk speaks, investors are really interested. 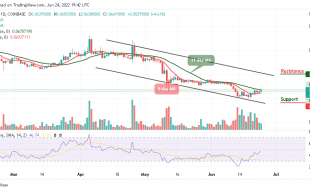 The Dogecoin price prediction could set a bullish run if the market can keep ...