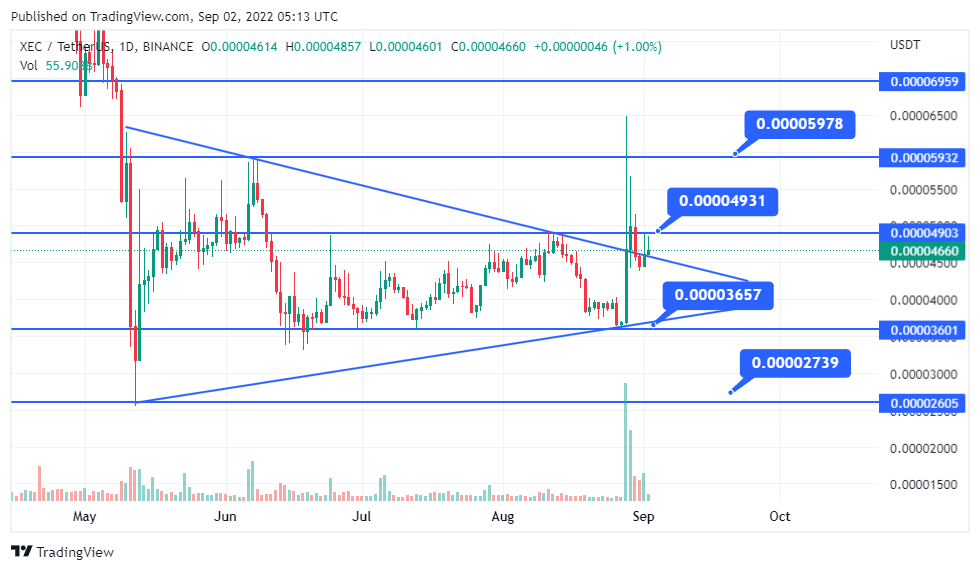 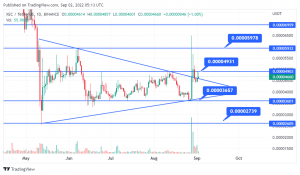 Despite the continued slump in the crypto market, the eCash (XEC) coin has been able to extend its upward rally and has attracted some additional bids around the $0.000047 level. eCash (XEC) is rising due to its distinct selling factors, attracting investors in the upcoming months. Furthermore, the team’s efforts to achieve its goal and improved technology and privacy aided the coin’s growth. eCash (XEC) is a rebranded version of Bitcoin Cash ABC (BCHA), a fork of Bitcoin (BTC) and Bitcoin Cash (BCH).

eCash (XEC) is a “cryptocurrency designed to be used similarly to electronic cash.” The sole purpose of eCash is to serve as a medium of exchange for payments for goods and services. The network’s distinct features are the only factor supporting eCash’s continuous bullish run. Because of the team’s dedication to the mission and dependable technology and privacy safeguards, eCash is expected to have a bright future.

Many cryptocurrencies, including the world’s largest cryptocurrency, Bitcoin (BTC), as well as Ethereum (ETH), XRP, Cardano (ADA), Solana, and meme token Dogecoin (DOGE), have seen significant drops in value. As a result, it was discovered that one of the major factors impeding further advancements in the eCash coin was the sharp decline in the value of cryptocurrencies.

According to statistics, the price of eCash will continue to rise in the third quarter of 2022, eventually reaching a maximum of $0.000137 and an average price of $0.000125. However, the continued rise in eCash coins may be attributed to increased market capitalization, improved data security, and operational effectiveness. The developers of eCash want the coin to be compatible with Ethereum Virtual Machines (EVMs) and to work with Ethereum’s decentralized finance (DeFi) industry (ETH).

The eCash creators have been working hard on many important goals for the coin’s success. Furthermore, unlike the Bitcoin Cash ABC (BCHA) network, which is secured using a proof-of-work (PoW) consensus process, the creators of eCash intend to add proof-of-stake (PoS) to the network to speed up transactions. Because of improved script capabilities, the so-called “Avalanche post-consensus” would feature improved security, fork-free upgrades, and sophisticated opcodes.

US Nonfarm Payrolls in Highlights

A stronger US dollar capped gains in digital coins such as eCash. The broad-based US dollar gained significantly, particularly compared to the Japanese yen, as investors braced for an increase in US interest rates while expecting anchored Japanese rates to remain unchanged for some time.

Meanwhile, data revealed that private payroll growth in the United States in August was far lower than expected, implying that the labor market may be cooling. As a result, the positive readings boosted US dollar ties even further. Later today, investors will focus on the US nonfarm employment payroll, which may drive some price action in eCash and other altcoins.

According to Dow Jones, the economy is anticipated to have added 318,000 jobs in August, down from the shockingly strong 528,000 jobs added in July. The unemployment rate is predicted to remain at 3.5%, with average hourly wages rising by 0.4%, or 5.3%, annually. So let’s keep an eye on it to determine further price action in the market. 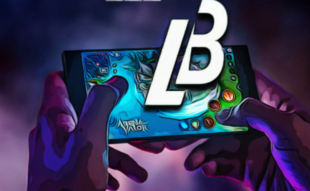