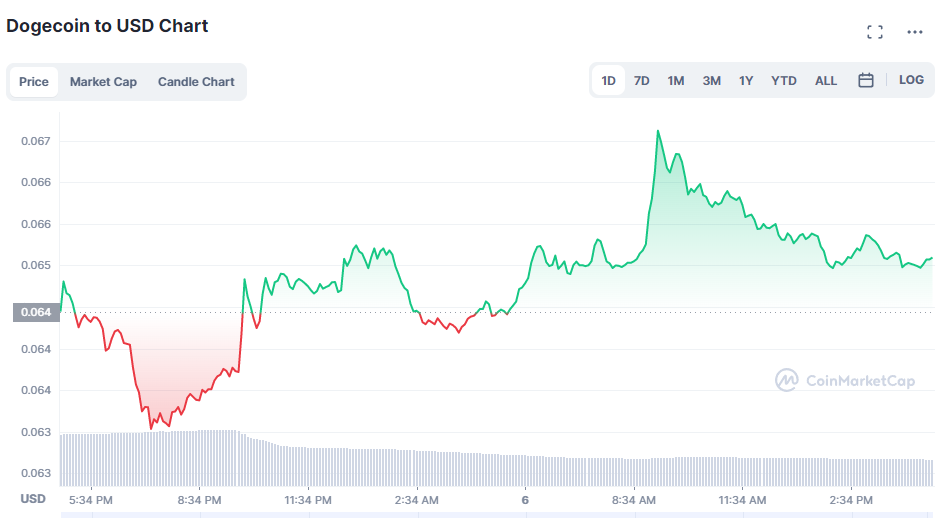 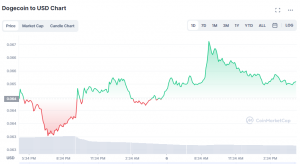 In response to Elon Musk’s acquisition of Twitter, the price of Dogecoin has increased by about 10% today. In 2021, Dogecoin reached an all-time high; can it make a comeback?

The decision to move forward with the closing of the transaction envisioned by the April 25, 2022 Merger Agreement was communicated to Twitter’s legal counsel by “the Musk parties” on representative of X Holdings I, Inc., X Holdings II, Inc., and Elon R. Musk through the website of the United States Securities and Exchange Commission (sec.gov).

The price of DOGE hasn’t risen as much as Twitter’s on the announcement, but it still has a chance to catch up in the future.

As reported by Twitter Investor Relations (@TwitterIRToday), the transaction has been finalized.

Forecasting the Value of Dogecoin

As of press time, Dogecoin was trading at $0.065, down from an intraday high of little over $0.066. Even after Elon Musk appeared on Saturday Night Live to talk about Dogecoin in May 2021, the meme currency’s price is still 92% below its all-time high of $0.74.

Despite the 18-month bear market, Dogecoin has the greatest market capitalization of any crypto market meme asset at $8.7 billion.

The market valuation of Shiba Inu, its main rival, is $6.3 billion. Recently, the value of the new meme coin Tamadoge jumped to almost $150 million, an increase of 1,870% over its token presale price.

When it comes to market capitalization, Dogecoin ranks high and is also an asset that contributes to inflation. However, every tweet and piece of news from Elon Musk that prompted a Dogecoin pump has been entirely retraced, including Tesla accepting DOGE for item purchase and subsequently SpaceX.

Conservative investors may want to hold off on buying Dogecoin until it’s clear whether or not this price increase will signal the start of a new upward trend.

According to the rules of technical analysis, this would cause the price to make new highs and new lows on a high-time-frame chart (HTF). If the price of DOGE on the weekly charts rises over $0.089, the market structure will shift to the positive side.

Should You Put Your Money Into Dogecoin?

Even after falling by 92%, DOGE has no practical use and a limitless supply, therefore its price has potential to keep falling in 2022.

Since this new Elon Musk-related action, Altcoin Sherpa, another prominent trader, is thinking of shorting Dogecoin at present prices. He thinks the price of Dogecoin will drop soon.

According to a tweet from Robinhood’s CEO earlier this year, Dogecoin can’t hold its own against a regular debit card transaction.

Dogecoin investors have speculated that, after Elon Musk acquires Twitter, DOGE may become the social media platform’s “native currency,” albeit the billionaire has not provided a clear road map for this. 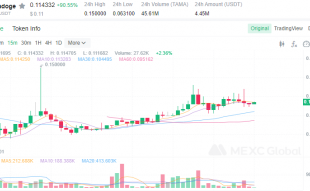