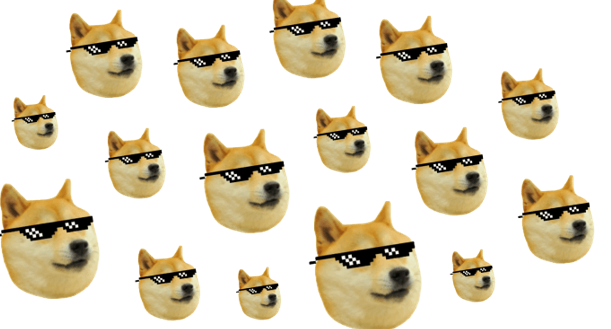 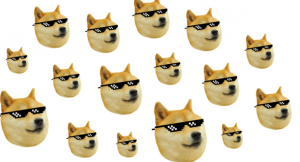 The current market situation has put a strain on the entire investing citizenry. With a volatile yet bearish sentiment showing strength in the cryptocurrency industry there has been an increase in investors who have pulled out their funds from the market. There has been a decrease in engagement or the traded volume across almost every exchange in the space.

However, this isn’t the only scenario at hand. The current opportunity is completely being taken advantage of by a huge group of experienced traders, affluent personalities, organizations and some other retail investors. They have been stocking up on tokens that boast of high potential and fundamentals.

Since this period of consolidation has historically been the best time to get into projects, companies have been taking this into account and building their infrastructure while inviting investors to join their communities.

With respect to interest and the number of investors involved, memecoins have managed to stay at the top as one of the most active categories in cryptocurrencies even during this bear market. However, while there may be options in the market that might indeed shoot up in value due to their utility, a majority of these unfortunately have turned out to be money scams.

The latest apparent addition to this list is the memecoin Dogechain which has allegedly tried to dump tokens in order to get out of the project with a massive amount of funds.

Launched in August 2022, Dogechain claims to be a layer 2 solution that can potentially revolutionize the Dogecoin ecosystem. It acts as a “supercharger” to dogecoin which enables the users to create crypto applications based on NFT, Defi, Games etc.

The team according to its website claims to be made up of Dogecoin enthusiasts, who wish to encourage further Dogecoin adoption. Since Dogecoin is primarily a payments system and doesn’t feature a further use case at the time, Dogechain aims to change this by acting as a platform which will enable Dogecoin users to create further income opportunities.

The platform also features certain benefits and perks that are exclusive to Dogechain holders. There are several airdrops planned for Dogecoin holders, as the platform intends to work closely with the famed token. Claiming to be a community-driven project, it has avoided any early VC allocations.

Why are investors enraged?

The token that apparently operates solely for the benefit of investors is currently being criticized heavily for the way its native token DC is being distributed. According to the available on-chain data, the investors or wallets that have received DC tokens pre-launch have been dumping their tokens in heavy amounts.

According to the data, one particular wallet received a whopping amount of 20 billion DC tokens around 10 minutes before it was officially launched. This wallet has been since dumping the DC tokens it holds at regular intervals. The wallet that had sent the airdrop to the aforementioned wallet managed to gain more than 50 billion tokens soon after from the deployer chain of the project.

As a community that has always been prone to rug pulls and related scams, investors were soon to take notice of this scenario and report it on Twitter. In a recent development, it has become known that the original co-founder of Dogecoin too was approached and offered up to $14 million to boost Dogechain’s image. The developer stated that he rejected this offer right away.

These kinds of shady actions by the team have led to a massive drop in interest and trust in the Dogechain token. Moreover, the Dogecoin organization had also mentioned that Dogecoin was in no way affiliated with the project. This could indicate that Dogechain could indeed be a cash-grab opportunity for its developers who have been using the popularity of Dogecoin to gain investors.

At such a point where investing in high potential tokens or memecoins that may actually rise in price and community may prove advantageous, it is highly difficult to even come across such a project. One of the very few cryptocurrencies that have managed to attain this kind of trust from the community is Tamadoge.

As a platform that is set to host a variety of P2E games, the project boasts of memecoin status along with high utility. With over $8 million worth of tokens sold in the presale successfully, TAMA, the native token of Tamadoge has managed to gain a massive community within a very short period of time.

It is also highly trusted among its investors due to the contract security audit and team verification by SolidProof and Coinsniper respectively. 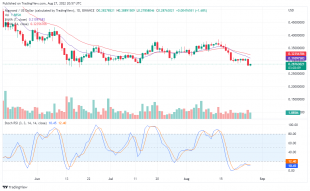 ALGO May Be Retracing Higher Level, TAMA to Pump Furiously

Join Our Telegram channel to stay up to date on breaking news coverage ALGO ...