Homenewsdoge price prediction 0 10 is just a few cents away 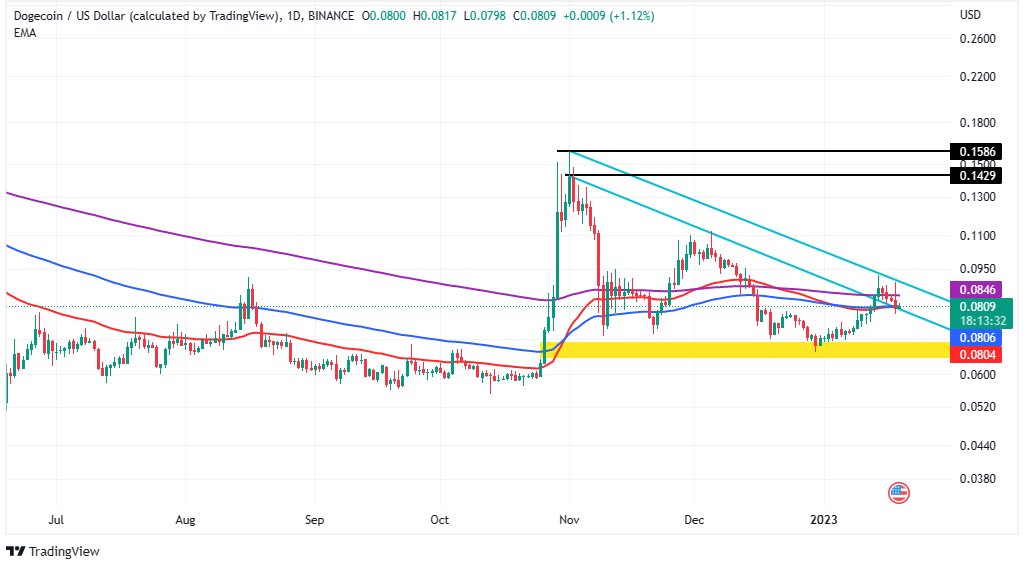 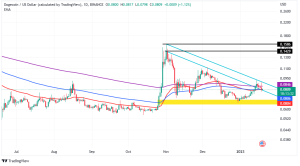 DOGE price is abnormally strong this week, with investors pushing aggressively for gains above $0.1. Bulls could become more active as the best meme coin obliterates another zero in its journey back to the all-time high.

A solid support appears to have come to life at $0.08, implying the path with the least resistance is to the upside, at least for now. Dogecoin price dodders at $0.0814 as the Asian session hands over the mantle to the European session on Thursday.

DOGE Price Explosive as The Meme Coin Hype Creeps Back

Investors appear to be focusing on low-price tokens, particularly meme coins in spite of the massive declines suffered in 2022. The era of dog-themed tokens started with one single tweet from Elon Musk saying “Dogecoin might be fav cryptocurrency. It’s pretty cool.” Years down the line, Dogecoin, Shiba Inu, Tamadoge, and FLOKI are craving the same attention.

Dogecoin and Shiba Inu remain the kings of the meme coin movement, but recently investors paid homage to Solana-based BONK Inu (BONK). Investors were captivated by this token that gave life to Solana price when it needed it the most. Following BONK’s launch in late December, SOL rallied from under $10.00 to highs of $24.00, with analysts predicting another move to $40.00 in the coming weeks.

Intriguingly, DOGE, SHIB, and BONK accounted for over $25 billion in trading volume across all tracked exchanges in a month, based on live price data from CoinGecko. The largest cryptocurrency, Bitcoin saw its monthly volumes reach more than $618 billion.

DOGE price is still the most popular meme coin, taking the lion’s share of the meme sector’s trading volume at $17.5 billion in 30 days. Shiba Inu accounted for $7.2 billion, while BONK came in third with $885 million.

DOGE price holds firmly to support marginally above $0.08, provided by a confluence of indicators, including the 50-day Exponential Moving Average (EMA) (in red), the 100-day EMA (in blue), and the lower boundary of the falling trend channel.

Bulls must defend this support level as if their lives depend on it to allow DOGE price to collect more liquidity for the next attack on the upper channel’s boundary resistance. It is worth mentioning that Dogecoin has unsuccessfully attempted to blast out this channel since November on several occasions.

Therefore, a break and hold above it could be the eleventh-hour boost above the psychological seller congestion at $0.1. With this challenging hurdle out of the way, traders may throw their weight behind DOGE price, with the hope of booking profits at $0.1430 and $1,586 – November’s high.

Based on the IOMAP model’s picture, Dogecoin has a higher chance of closing the week above $0.1 as opposed to sliding to $0.07. The region between $0.074 and $0.077 is home to roughly over 56k addresses that bought approximately 40 billion tokens. In case of a retracement below $0.08, investors in this range can absorb the selling pressure, thus handing DOGE price another lifeline for gains beyond $0.1.

A glance at the Money Flow Index (MFI) on the same daily time frame reveals that investors are getting more money out of Dogecoin markets than the money flowing in. Notice the MFI dropping from the overbought region into the neutral area. If this trend continues, it would be difficult for DOGE price to chart the path to $0.1.

Declines will also gain momentum if the Moving Average Convergence Divergence (MACD) makes good of an incoming sell signal. Traders hoping to short DOGE price may, however, want to wait until the MACD (line in blue) crosses below the signal line (in red). Moreover, it would be prudent to confirm support at $0.08 has been broken ahead of a possible dip to the yellow band on the chart.

Doge Price is Bullish, but these Altcoins Offer Quicker Returns

As investors consider which assets make their way into their 2023 crypto portfolios, they may be interested in the best presale altcoins, with the potential to break out and return substantial gains.

The tokens listed here are carefully selected and possess the necessary fundamentals to play a significant part in the future of crypto while revolutionizing other industries.

Meta Masters Guild (MMG) is the initial global guild concentrating on mobile web3 gaming. The team’s main objective is to develop exceptional blockchain-enabled mobile games that establish a decentralized gaming environment, allowing our members to obtain rewards for their participation in the ecosystem in a sustainable manner.

All games in this new ecosystem will use a single currency: The Meta Masters Guild token ($MEMAG). All games created by the MMG will feature in-game incentives known as ‘Gems’ which can be exchanged for MEMAG tokens. Players will then have the option to redeem or reinvest these tokens in various ways within the ecosystem.

The ecosystem is crafted to motivate players to commit their time and funds to the ecosystem by guaranteeing fair compensation for their investment, which is a crucial aspect of gaming.

The team sells MEMAG tokens in a presale ahead of the first exchange listing. 1 MEMAG is worth 0.01 USDT in the second stage, with $626k raised so far.

Move-to-Earn (M2E) coins continue to gain popularity in the crypto industry as they strive to help people lead healthy lifestyles. Projects like STEPN, SweatCoin, and Step App currently rank top among this asset class. However, they are yet to fully decentralize the fitness industry and allow everyone to benefit, including the stakeholders and the clients – something FightOut believes it will achieve.

According to the team behind FightOut, the industry is still reeling from key problems like the prohibitive costs of hiring personal trainers. Although traditional gyms are affordable, they lack the social and community aspects that could otherwise provide motivation, guidance, accountability, and enjoyment.

Users on FightOut’s M2E fitness app will receive rewards for the exercises and tasks they accomplish. By monitoring user progress, rewarding effort, and assuring a smooth transition from Web2 to Web3, FightOut differentiates itself from other M2E platforms. FightOut’s presale is underway and has raised $2.99 million by selling 1 FGHT for 0.0166 USDT. 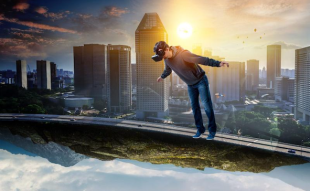 To create the Zillow of the metaverse, Metahood raises $3 million