The unique concept behind the recently released crypto card game Calvaria has piqued the interest of investors, prompting many to look for a Calvaria price forecast. Since the beginning of the presale, the initiative has brought in about $3 million.

As of this writing, there are just two weeks left for investors to buy tokens before the IEO, and the price is expected to skyrocket in that time. Listings on GotBit and LBank have been verified in addition to the January 31 BKEX IEO for the RIA coin.

With a price of $0.0325 per token, there are only 7.5 million RIA tokens available for purchase. As the presale nears its conclusion, there is still time for investors to get in on this token presale which has the capability of giving back 10x the invested amount.

What Makes Calvaria Stand Out?

Calvaria is touted to be a one-of-a-kind, innovative blockchain gaming platform that aspires to integrate a number of Web3 ideas into a straightforward and exciting experience for players. Players enter a Metaverse with an afterlife concept and create an avatar from a wide variety of playable races and classes.

Each and every symbol in Calvaria is represented by its own unique token (NFT). Players are charged with constructing decks out of these NFT trade cards in order to compete against one another.

They use elaborate plans and methods to earn points and new equipment, and the winner receives eRIA, the platform’s in-game currency, as a prize. Players are encouraged to continue playing since they may withdraw their rewards in the form of real currency.

There are a number of features that set apart the network for gamers. The game may be played on any device, at any location. Players may just download the game to their smartphones and start playing, no specialized equipment is required.

When it comes to the actual gameplay, the creators of Calvaria have made sure to keep things interesting by allowing players to customize a variety of aspects of combat. As a result, there will be a vast pool of information from which to draw during battle.

Every participant in the Calvaria game functions as a “pseudo-ambassador”, an idea that was conceptualized by the team behind the game.

This is achieved through the inclusion of a wide variety of gameplay options that will satisfy both crypto-focused and general gaming audiences. Both a free-to-play (F2P) and a pay-to-win (P2W) option are available in the Calvaria game (P2E).

Both enable access to all of Calvaria’s features, but free-to-play users cannot acquire RIA cash for use in-game. Also, kids have the opportunity to take part in seasonal competitions, develop their virtual personas, and earn academic scholarships.

In contrast, the P2E version has a plethora of capabilities where each card is an NFT; players may quickly compile the finest possible deck and then resell it to other players. These cards’ uncommon qualities provide their owners with a substantial advantage in games.

Why Is The RIA Token So Special?

Calvaria’s creators have included a native coin, similar to those seen in a plethora of other blockchain-based games. The RIA digital asset is a fantastic tool for making in-game purchases and enhancing player engagement.

The release of RIA began with a pre-sale, as do most new currencies. With the presale beginning in the last quarter of 2022, this has been one of the most successful offerings, even considering the current negative market conditions in 2023.

The presale of RIA, which has garnered nearly $3 million, will shortly conclude. Nonetheless, there are barely 8% of coins still in circulation. At that point, investors will be restricted to buying RIA on regulated markets.

The creators of the platform recently revealed that major exchanges like BKEX and LBank would be listing the token upon the successful conclusion of the presale. One of the things you need to keep in mind is that eRIA can be substituted for traditional RIA. Once the transaction has been finalized, the token can be sold for immediate payment.

Being a proof-of-stake (PoS) currency contributes to RIA’s worth. The token for the chance to win more and actively participate in deciding the outcome of the platforms’ various developments, upgrades and much more through the decentralized autonomous organization (DAO) built into Calvaria.

Which Direction Will The Price of RIA Head in 2023?

When forecasting which direction the price of Calvaria will head in 2023, it’s safe to assume that the project will have expanded greatly in the months after its introduction, drawing thousands of players with both paid and free subscriptions.

This is fantastic news for the Calvaria ecosystem, and it might mean big things for the RIA token later in the year. RIA could end up becoming one of the finest altcoins of the year thanks to this development.

Since NFT games are inherently competitive, the expansion of the Calvaria ecosystem might facilitate the project’s entry into the eSports industry. A successful launch might put Calvaria at the core of the world’s most-watched eSports tournaments. Since competitive players make up the bulk of Calvaria’s target demographic, this channel has the potential to be a boon for the crypto card game.

Unlike the majority of other famous crypto games, which were mostly created on the Ethereum network, Calvaria took a somewhat different approach. Building on the Polygon network allows Calvaria to take advantage of Ethereum’s reliability and user-friendliness, which is excellent for business in the long run because it reduces expenses and increases the game’s capacity to handle a large user base.

Calvaria’s team has implemented staking for the RIA token in addition to the interesting and profitable gameplay meant to appeal to a wide range of gamers. By allowing token holders to reap benefits, RIA is expected to become scarce when tokens are removed from exchanges, resulting in a higher price. About a quarter of the total supply of RIA tokens, or 1 billion, is locked up in the staking pool.

Although Calvaria has prudently set aside 8% of its supply to sustain its ongoing operations, the project is not dependent on this reserve of tokens alone.

Through the sale of commercial airtime and the introduction of a set of NFT card collections, Calvaria will bring in money both from the original minting and through secondary sales. Calvaria should be able to weather economic storms with ease thanks to the variety of its revenue streams.

The price of Calvaria this year should be anywhere between $0.25 and $0.40, based on the state of the cryptocurrency market as a whole and the level of participation from cryptocurrency investors interested in the project’s potential returns.

Therefore now is the best time for investors to get in on this presale before it gets too late. Visit calvaria.io to participate. 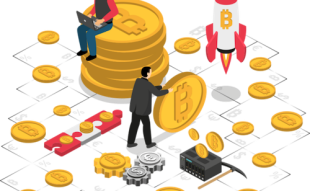