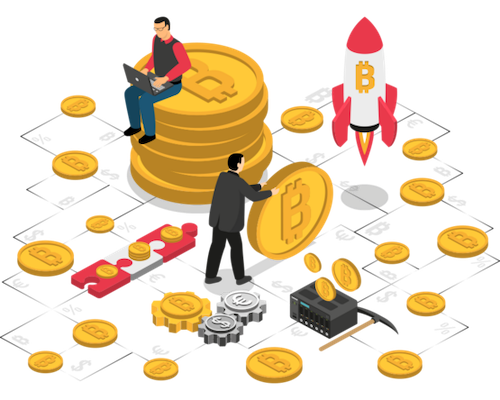 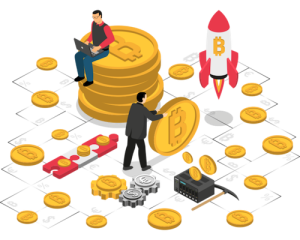 Three Arrows Capital’s co-founders are teaming up with CoinFlex, which stated the partnership is an outgrowth of its “commitment to establishing open and transparent financial markets.”

Similar concerns from the community were echoed by Wintermute, a major cryptocurrency market maker, who was fast to disassociate itself from a fresh fundraise by the co-founders of failed hedge firm Three Arrows Capital (3AC).

Three Arrows Capital’s co-founders are teaming up with CoinFlex

According to GTX, it intends to establish an exchange where customers can trade stocks, cryptocurrencies, and debt claims on insolvent businesses like FTX. According to the presentation, the creators believe there is a “clear market need” to release $20 billion worth of crypto claims, which GTX claimed it could “dominate” in two to three months. The new rise, though, is part of CoinFlex’s own future rebranding strategy, and the present moniker, GTX, is merely being used as a placeholder for the time being, the company said in a blog post. According to the company’s blog post,

“Any new money collected will be used for operational growth, which we strongly believe will boost value for CoinFLEX creditors.”

The blog said,”This channel will not only be a chance to satisfy a significant number of current crypto debtors but, in doing so, will also attract new volumes to the exchange through crypto trading.”

The blog post stated that Lamb and Arumugam will both continue in their roles as the new businesses’ executives, with Lamb remaining in his role as CEO, and that it may add additional important individuals to management in order to develop and grow the business.

The CEO of Wintermute was one of the major voices in the crypto industry who quickly expressed their skepticism. Evgeny Gaevoy, the CEO of the market maker, tweeted on Monday,

“If you are investing into coinflex/3ac ‘exchange,’ you could find it a bit more difficult to deal with Wintermute in the future (on the relationship building side)”.

And since we are talking about cancelling stuff, if you are investing into coinflex/3ac "exchange" you might find it a bit more difficult to work with wintermute in future (on the relationship building side)

Additionally, he made it plain that his company will not invest in any initiatives, including those of the co-founders of 3AC. Gaevoy added in another tweet,

“Similarly, we are not going to be participating in venture rounds where these individuals are set to enter the cap table, so founders beware.”

In essence, a crypto market maker is a trading company that uses its own funds to wager on tokens and take the opposing side of trades on exchanges when other participants are attempting to enter or exit the market swiftly. Potential backers of the new company may be discouraged from investing in it if they see that a significant market maker, like Wintermute, which transacts more than $5 billion daily, has distanced itself from GTX.

When a wave of unanticipated liquidations prevented the Singapore-based crypto hedge fund Three Arrows from paying its debts, it went bankrupt in 2022. In July, Three Arrows filed for bankruptcy protection. The hedge firm owed creditors $3.5 billion at the time.

The co-founders of the hedge fund mainly disappeared from view when the liquidation began, but they reappeared after the bankruptcy filing of the cryptocurrency exchange FTX in November.

By initially asking claimants in the bankruptcy proceedings that have shook the cryptocurrency market to trade their claims on GTX, the newly formed company hopes to “lead the worldwide movement towards more financial transparency, liquidity, and predictability.” According to the pitch deck, these failures include BlockFi, which had borrowed money to 3AC and then declared bankruptcy, Celsius Network, and FTX.

If the users would also be able to exchange 3AC claims is not made clear in the presentation. Some 3AC creditors would have the option to convert their claims into equity in the new claim-trading corporation, according to a public reporter.

According to GTX, fees will range from 0.25% to 0.50%, and time to market will be “ASAP by end of February.” The presentation deck for GTX stated that after claims trading has attracted users, it will “fill the power vacuum left by FTX” by enabling users to trade cryptocurrency and eventually equities.

The cryptocurrency community as a whole, including Nic Carter, a partner at Castle Island Ventures, a publicly traded startup fund with a blockchain focus, was skeptical of the new project. In a tweet, Carter wrote, “Disgraced fraudsters collaborating with other disgraced fraudsters to trade claims from a collapsing fraudulent exchange seems backable.”

At the time of publication, none of the founders were available to comment on the pitch deck. 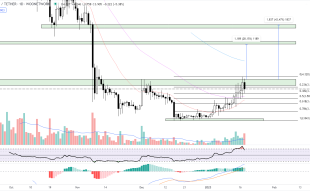 Join Our Telegram channel to stay up to date on breaking news coverage EthereumPOW ...