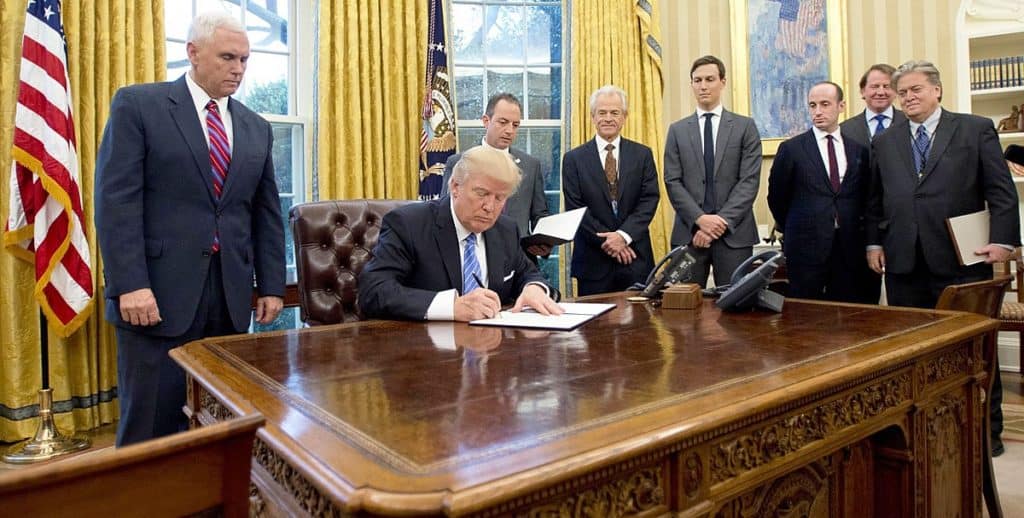 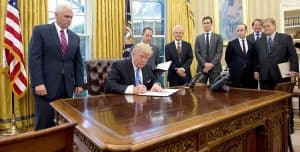 Everyone with a head for finances can tell that the United States and China are locked in a battle for supremacy over pretty much everything. From petty spats over trade to disagreements on technology and much more, everything is on the table in this fight, and both countries are using any and every weapon at their disposal to gain the upper hand.

However, while this fight rages on into the murky waters of finance supremacy, it could be the right time for investors to safeguard their interests with cryptocurrencies. Earlier this week, U.S. President Donald Trump recommended via Twitter that the country ramp up its money printing levels to match those of China if it hopes to keep the Dollar’s status as the world’s go-to currency.

Trump made his statement out of suspicions that China and European countries are manipulating their currency ratios in a bid to compete with the value of the dollar. However, just like a lot of things he tweets, this recommendation had a lot of loopholes, and people in the Twitterverse were more than happy to point out the flops in this one.

Ordering more of a currency to be printed is a move usually reserved for drastic economic situations; something which the United States largely isn’t facing. Many expected that the speculation would cause the dollar to plummet, and as expected, it did.

The U.S. Dollar Index, a basket of Dollars against other notable currencies, fell slightly into the red following his tweet, although it managed to rally once more. It’s still uncertain whether Trump’s orders will be implemented. However, if they do, then it could signal that fiat currencies, especially the dollar, could be in for a rough patch.

As referenced in a reply from podcast host Peter McCormack, this is pretty much an order for people to buy cryptocurrency. And why wouldn’t it be? Bitcoin, for example, has been able to put the ghost of its crypto winter past behind it, and it has surged over the past few weeks (albeit with a few setbacks here and there).

In more ways than one, Bitcoin has been able to establish itself as a stable asset class, and if anything, financial authorities seem to agree on this fact as well. Last week, the International Monetary Fund (IMF) and World Bank published a survey report which revealed that multiple Central Banks are currently working on the prospect of developing bank-backed digital assets, thereby improving their citizens access to crypto.

The sentiment was supported by Augustin Carstens, the Managing Director of the Bank for International Settlements (BIS). In a statement reported by the Financial Times, Carstens claimed that banks need to realize that there is a market for digital currencies, and they need to be able to meet the needs of this market.

He went on to provide support for Central Banks looking to make the move to crypto while claiming that the BIS is examining the possibility itself. So, while Trump’s recommendations are yet to be acted on, an implementation would most likely weaken the dollar. This could serve as a further incentive for investors to take a little break from stocks trading and make the move to crypto.

Good news for crypto investors and holders; your holdings just might see a price ...