The Decred (DCR) coin has continued to fall and is currently trading around the $35.16 mark, despite the network accelerating its growth to drive the blockchain into widespread use. Decred’s developer submitted an updated plan to improve the website, claiming it is already ready and needs payment and approval for deployment. As a result, this new advancement will make transactions more user-friendly.

As a result, Decred (DCR), an autonomous digital currency, was one of the standout assets, achieving large gains while bucking market price fluctuations. When it was trading at $48 six days ago, the cryptocurrency had increased by 75%.

The asset reached its peak price of $60 in the early trading hours of August 6, according to CoinMarketCap data, but the gains were short-lived as the DCR bulls failed to hold at $60 and returned with solid downward momentum over the daily chart.

The Decred network has accelerated its development to accelerate blockchain adoption. Decred’s lead developer shared an updated plan to modify the website, indicating that it was completely created and was awaiting reimbursement and deployment authorization, making it easier for consumers to complete transactions. 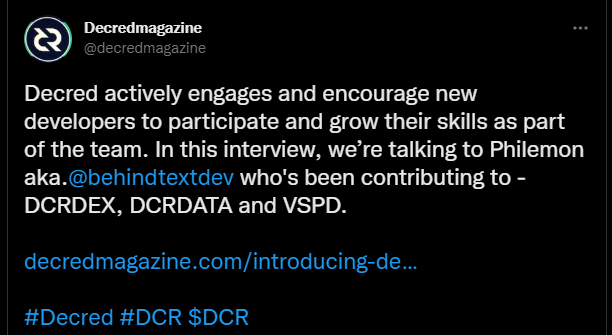 As a result, the most recent network progress may assist the Decred (DCR) coin in limiting its further losses. The hybrid mechanism that has powered the Decred project for the past six years has contributed to its success.

Most cryptocurrency investors prefer the PoS technique because it is more environmentally friendly. As of December 2021, Decred’s significantly altered rewards are linked to PoS and PoW.

The cryptocurrency market has been sending out conflicting signals all day, with Bitcoin trading below the $24,000 mark. Bitcoin, the most well-known and valuable cryptocurrency, was trading at $23,978, down more than 2%.

As a result, the bearish cryptocurrency market was thought to be one of the main factors keeping Decred prices low.

The DCR/USDT failed to maintain its positive momentum, falling below $70 to complete a Fibonacci retracement of 61.8 percent at $43 and a 78.6 percent retracement at $35. DCR looks to be falling more as it tries to breach the $35 support level.

Decred (DCR) Price Chart – Soruce: Tradingview
The 50-day exponential moving average of $33.33 is anticipated to provide immediate support for DCR. A 4-hour candle closure above this level has the ability to propel DCR into an uptrend. Failure to achieve so, however, may result in another slump until the next support level of $29.10 is reached. Good luck! 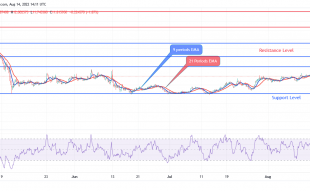