Decred (DCR) pumps 35.54% to trade at $35.33 before losing grounds. Despite the bullish crypto market, Decred (DCR) failed to extend its upward rally and fell slightly around $35.43 in the absence of major news. Decred is a completely unknown cryptocurrency that uses dual-model consensus techniques. It employs both proof-of-stake and proof-of-work consensus models. Because a block must have three or more ticket votes to be valid, the dual technique helps to reduce the number of network attacks.

Decred’s price skyrocketed last week as interest in the privacy token grew. The price of DCR reached a high of $64.42, the highest level since May 9 of this year. Its market value has increased to more than $667 million, a 237% increase from its low point this year. The gains, however, were short-lived, as Decred prices fell sharply at the start of the new week.

Since there was no major news last week, it is unclear why the Decred DCR price increased. As a result, given that it occurred in a low-volume setting, this could be part of a pump and dump strategy. As we all know, the Decred price has recently remained relatively stable on the four-hour chart. Following that, it experienced a parabolic rise that took it from under $30 to a high of $64. As it rose, it was able to break through $31.33, the day’s high and a significant resistance level.

The price gradually began to rise. As a result of the upward movement, the price rose above both the $23,000 mark and the 100 hourly simple moving average. The price surpassed the 50% Fibonacci retracement level of the drop from the swing high of $23,477 to the low of $22,755. The bullish cryptocurrency market, on the other hand, was unable to support Decred prices, which fell 6.65 percent the day before.

Weakness in US dollar Underpins Crypto

The declines in the US dollar were unable to support the Decred pricing in any way. Currency markets tempered their initial reaction, and the dollar fell on Monday, giving up some of the gains it had made following Friday’s US employment report.

The dollar gained ground against most major rivals last week as a result of higher-than-expected US employment figures. Traders interpreted the data as a sign that the United States Federal Reserve may raise interest rates more quickly in order to combat inflation. 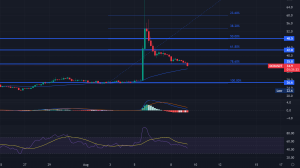 The DCR/USDT failed to maintain its bullish momentum, falling below $70 to complete a 61.8 percent Fibonacci retracement at $43 and a 78.6 percent retracement at $35. DCR appears to be dropping further as it attempts to break below the $35 support level. DCR is likely to find immediate support at the 50-day exponential moving average of $33.33. A 4-hour candle close above this level has the potential to drive an uptrend in DCR. However, failure to do so may result in a further downtrend until the next support level of $29.10 is reached. Good luck! 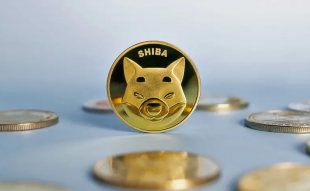