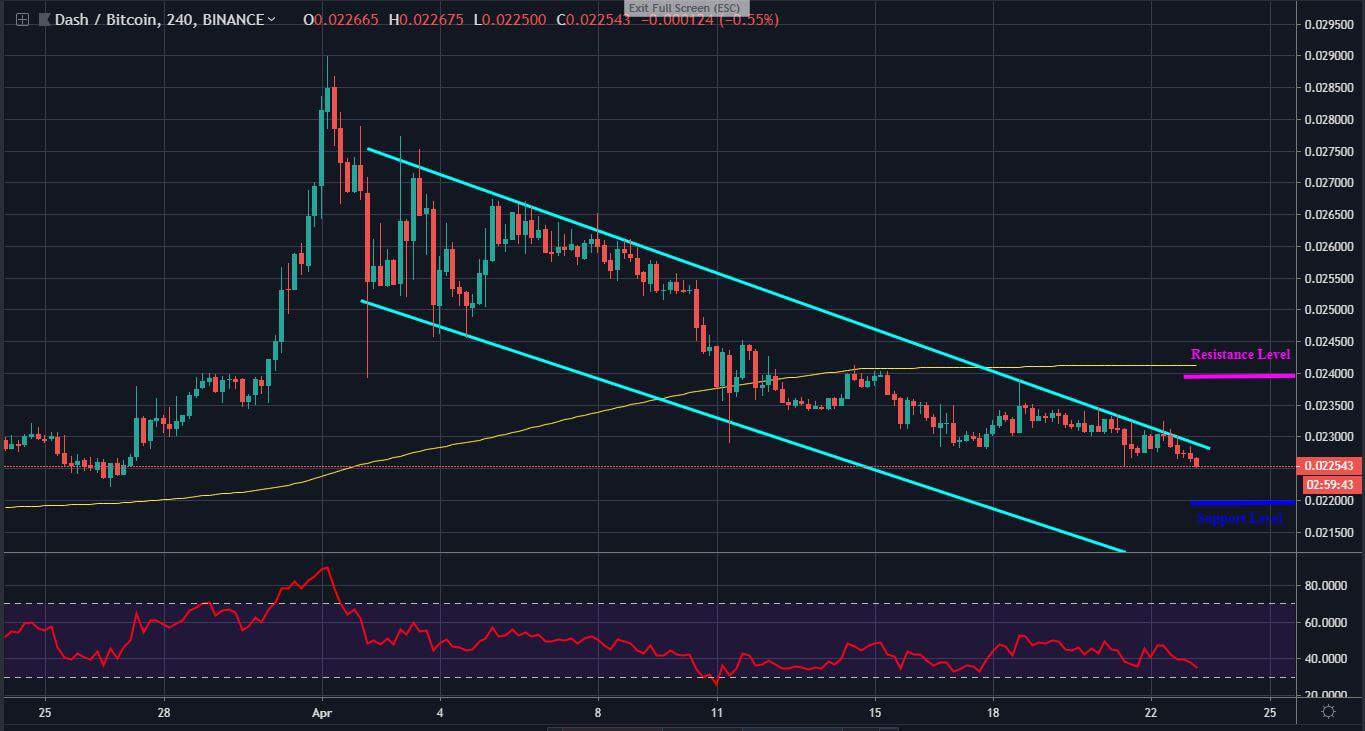 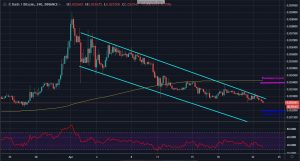 After April short position, DASH market had been following a bearish sentiment. Crossing down the 200-day MA, DASH/BTC nears a key support level of 0.022 BTC. Despite the fall, the 200-day MA still acts as a defensive line for DASH/USD pair. However, both markets respect a falling channel.

The price of DASH had been falling for the past weeks due to the selling pressure in the market. As a result of this, the market has been down by roughly 18% as price currently trades at $123 level. The volatility of the cryptocurrency appeared low with choppy price action.

Following the medium-term bearish correction, DASH is still respecting the bulls’ defensive line; the 200-day moving average line (yellow). Meanwhile, the $125 price level has been holding the bulls for the past twelve days. A successful breach might take price to $130.

As shown on the RSI, the trend is positioned at 56.8 level. The next major resistance is at $135 level which is outside the channel. A bearish move could slump price to $115support.

While staying above the important 200-day moving average line (yellow) in late March, DASH price rose to the peak of 0.029 BTC high before plunging in a channel. Testing the yellow line on April 12, a significant break has further led the bears far below the yellow line.

Currently, the cryptocurrency exchanges are heading towards the March support at a 0.022 BTC level. At the test of the mentioned support, a possible bounce up may occur for a bullish reversal. If a bounce up fails, a break down could further the trend in a more bearish condition.

The medium-term RSI is now trending below the 50 level after the price drop on April 1. A successful break up could kick-start a bull-run at 0.024 BTC resistance level, testing the important yellow line.

Forex Trading: AUDUSD Is Trending Downwards, and This May Continue