The recent crypto bear market has strained liquidity out of crypto projects, including stablecoins. The past weeks have seen several stablecoins depegging, and Coinbase, one of the largest exchanges, could face a class-action lawsuit over unstable stablecoins.

Coinbase is currently facing a class-action lawsuit that was filed on Thursday. The lawsuit claims that Coinbase was negligent in listing some unstable stablecoins like TerraUSD. The lawsuit also said that the exchange failed to disclose the nature of its relationship with Terraform Labs, the company behind the collapse of the LUNA token and UST stablecoin.

This is not the first lawsuit against Coinbase because of the instability of stablecoins listed on the exchange. In November, another lawsuit was filed against the exchange following the depegging of GYEN.

The recent lawsuit said Coinbase failed to conduct its due diligence before listing the UST stablecoin. It also added that the exchange failed to disclose the true nature of UST before allowing its customers to buy the asset.

The users involved in this lawsuit have compared the information offered on exchanges like Gemini, Kraken, and Robinhood regarding the UST stablecoin. The lawsuit noted that “rather than disclose the nature of TerraUSD as uncollateralized, controlled by an algorithm, and highly risky, Coinbase passed it off as just another stablecoin.”

The plaintiffs who have filed this lawsuit against the exchange are represented by Milberg Coleman Bryson Phillips Grossman and Erickson Kramer Osborne law firms. The latter law firm is also involved in another case against Coinbase over the depegging of the GYEN stablecoin.

The GYEN stablecoin gained value before dropping a week after being listed on Coinbase. The depegging led to the platform freezing some accounts. Some users lost money after the stablecoin depegged. GMO-z.com Trust is also involved in the lawsuit because of the design of the stablecoin and other factors.

Coinbase is also being attributed to the misrepresentation of the GYEN stablecoin. The plaintiffs said that the exchange was negligent and failed to take reasonable care in listing the stablecoin despite being a foreseeable risk of the coin depegging. 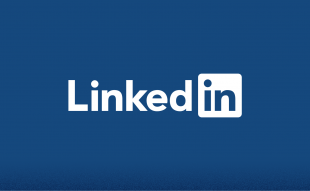 Cryptocurrency scams have been rampant over the past year, and social media platforms play ...