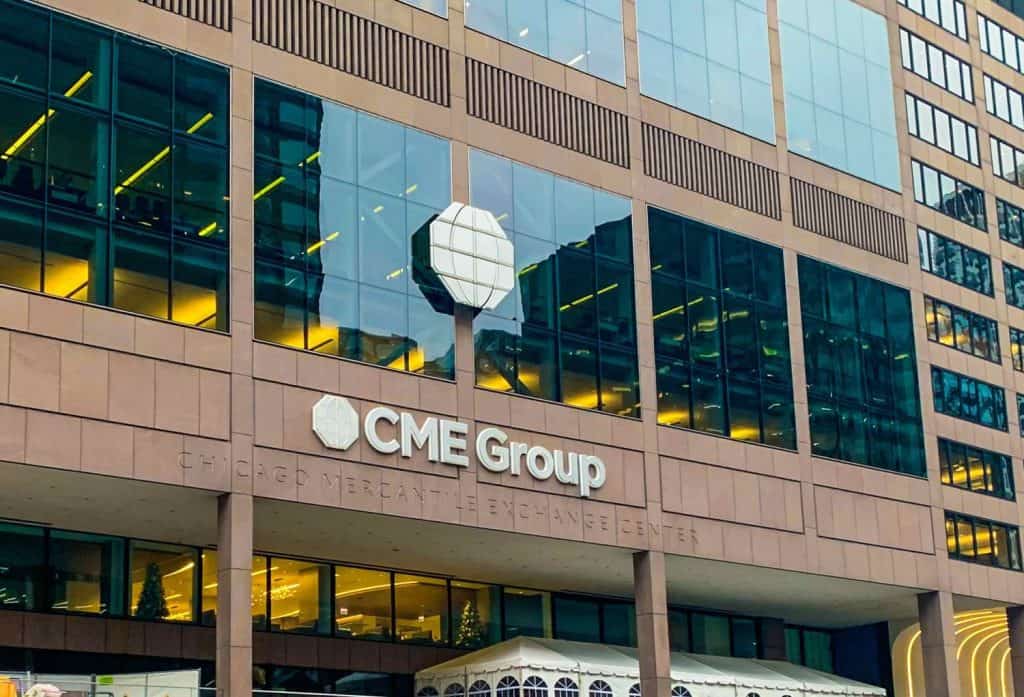 Tim McCourt, the Group Managing Director and Global Head of Equity Index Alternative Investment Products at the Chicago Mercantile Exchange (CME), has announced a milestone. His company’s Bitcoin futures trading product has surpassed over $100 million in contracts traded since the investment product was launched back in 2017.

Speaking in an interview with industry news medium Cointelegraph, McCourt explained that 2017 was a particularly good year for his company’s Bitcoin product, as the boom experienced across the market saw a significant influx in the number of mainstream financial entities making moves into the Bitcoin space to invest.

Hoping to meet this demand, the CME launched its cash-settled Bitcoin futures product in December 2017, just in time for Bitcoin to hit its all-time high of about $19,700. Their launch came a week after the introduction of a similar product from the Chicago Board Options Exchange (CBOE). However, while the CBOE discontinued its investment product in March 2019 due to the prolonged effects of the 2018 crypto winter, the CME was able to hold volumes above water and wait out the storm.

Thankfully, the cryptocurrency market was able to rebound in the middle of 2019, and with that resurgence has come an increase in the appetite that institutional investors have for Bitcoin. Several firms have also stepped into the Bitcoin investment market, most notably Bakkt, a subsidiary of the Intercontinental Exchange, which launched a physically-delivered Bitcoin futures product last September after several rounds of delays and regulatory setbacks.

So far, the vast majority of the institutional investor-facing cryptocurrency firms have reported an increase in volumes that show a surge in institutional interest in Bitcoin. Bakkt, which launched last year, started off slow, but was soon able to get over its slump and post several all-time records on its Bitcoin futures contract.

Grayscale, one of the largest crypto asset management firms in the world, was also able to coast off the Bitcoin resurgence, as it reported earlier this year that it was able to raise $225.5 million from investors in Q4 2019 alone. That figure saw its haul for the entire year stand at an impressive $607.7 million.

01/29/20 UPDATE: Net Assets Under Management, Holdings per Share, and Market Price per Share for our Investment Products.

Optimism for the Upcoming Halving

However, the CME definitely seems to be atop the market for now, as evident in this recent milestone. “We continue to see strong participation from institutional investors, physical bitcoin traders and other clients who value the transparency, price discovery and risk transfer that only a regulated marketplace like CME Group can offer,” McCourt added in his interview.

Is Bitcoin's halving priced in yet?

However, there’s also a lot of talk on whether the upcoming halving could help spur even more interest in Bitcoin. Some believe that the expected increase in the asset’s price will draw investors, while others point that Bitcoin has been rising in popularity among investors before the halving, and that some investors don’t even know about the upcoming halving. For now, the effect is yet to be seen.