The time is finally here. The People’s Bank of China (PBoC) has officially announced that it will test its new digital currency electronic payment (DC/EP) system. The testing will start in the Chinese cities of Shenzhen and Suzhou, making China well on its way to being the second state-owned cryptocurrency creator, albeit the first functional one. The news comes from a report by the China-based financial news outlet, Caijing.

The report states that the PBoC has partnered up with seven state-owned companies to help facilitate the first test. Three giants of telecom and four commercial banking firms. Caijing cited someone close to the pilot program, explaining that the announcement has caused a “horse race” among the commercial banks. These banks are now competing with each other to innovate their own strategy in this new crypto’s implementation.

The pilot program will first focus on select industries: Education, transportation, medical care, and commerce. As the banks and telecom companies scrabble to utilize this new opportunity, various strategies have been developed. A few firms worked with the telecom companies and designed SIM cards that have their own built-in wallets. Others opted to instead create apps to facilitate the new wallet. Caijing claims that the Shenzhen pilot program will act in two separate phases. There will first be a small-scale testing phase at the end of 2019. Afterward, the system will be promoted throughout the city in 2020. Back in November, a fintech company backed by the PBoC was looking for experts in the blockchain and encryption industry. Initially founded by the PBoC’s digital currency research institute, this fintech firm was allegedly responsible for the research and development of the new DC/EP system. The company is offering testing support for DC/EP, as well.

The pace of development for this new digital currency has noticeably sped up in recent memory. The dominant cause for this sudden increase in pressure to roll the DC/EP out could be pointed to Libra, Facebook’s cryptocurrency project. The PBoC started the crypto initiative back in 2014 but has recently sped up the process when Libra was announced back in June. Several China-based commercial banks corroborate this theory, with several insiders telling Caijing that the PBoC had initially been in no hurry to finish it before suddenly accelerating.

China isn’t the only country scrambling to push out new state-owned crypto. France’s central bank’s governor told the public that a testing phase of France’s own digital currency would happen in 2020. All the while, state-owned crypto has already formed by way of Petro, a Venezuelan cryptocurrency. While not outwardly successful, it’s an amusing fact to know. 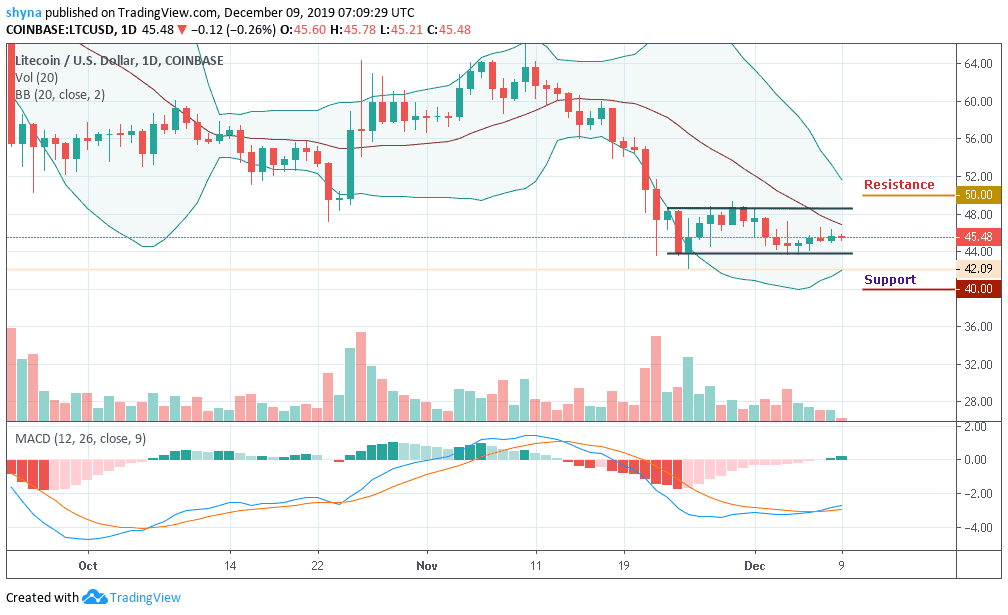 Litecoin Price Prediction: Can the Bulls Clear $48 Level as LTC/USD Moves in Sideways?