Homenewscelsius network update investors turn to the court for assistance

Celsius Network, the formerly massive cryptocurrency financing organization, is embarking on bankruptcy proceedings. The network intends to defend itself against allegations that it was running a Ponzi scheme. It is believed that the network compensated early depositors with funds received from new members.

Celsius, a cryptocurrency lender, has announced the delay of its second bankruptcy hearing. The network revealed the news via a tweet. According to reports, the postponement was caused by the unsecured creditors’ committee’s request for additional time. The hearing has been rescheduled until August 16. 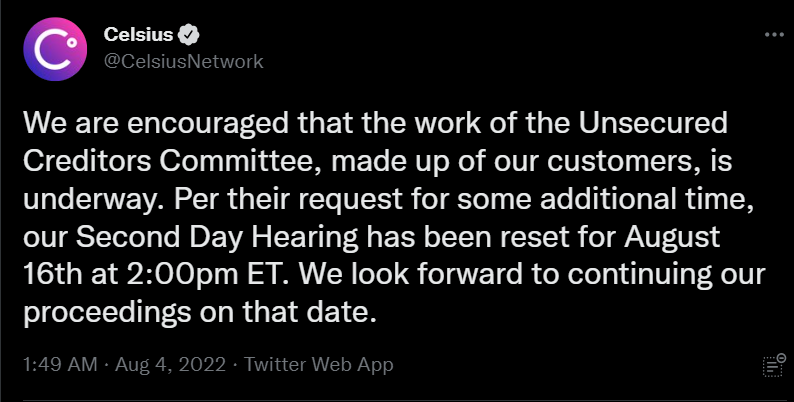 Celsius, a cryptocurrency lender that declared bankruptcy last month, is facing bankruptcy hearings. It’s attempting to refute allegations that it ran a Ponzi scheme. A Ponzi scheme is a type of scam that entices investors and rewards previous investors. Whereas rewards money comes from earnings from new investors deposit.

The Celsius network, on the other hand, is suspected of paying out rewards to previous depositors with funds collected from new members. While it goes through the legal process, cryptocurrency lender Celsius is now requesting a large payment to a former CEO.

According to court records, Celsius filed for bankruptcy in July with $4.3 billion in assets. Along with $167 million in cash on hand, and a $4.7 billion debt to users. However, this occurred after the value of cryptocurrencies plummeted, and many investors attempted to withdraw their funds.

The Celsius bankruptcy lawsuit’s second hearing has been scheduled for August 16. You can sign up for the Zoom call and participate in it as a listen-only participant on the day of the hearing. On the other hand, Celsius customers are outraged at what they see as a money grab by dishonest officials.

In charge of the case, Judge Martin Glenn has received over 100 letters from investors, some of whom have asked for their money back, and others have accused Celsius officials of wrongdoing.

The decision to form the Committee of Unsecured Creditors was made in response to the current situation. In a Chapter 11 bankruptcy, the United States Trustee appoints an Unsecured Creditor’s Committee, which comprises the debtor’s seven largest creditors.

The organization protects not only the interests of its members but also the rights of all unsecured creditors. It also aids in administering section 363 sales and investigates the debtor’s business and finances. This bankruptcy is a landmark case that will serve as a model for similar legal proceedings in the cryptocurrency industry.

Some creditors argue that their claims should be valued “in kind” (in digital assets) rather than USD at the time of bankruptcy. This is the first case of its sort and will serve as a model for similar processes in the bitcoin business. As a result, investors feel there is a means to illustrate why valuing “in kind” is the best option. Several participants are expected to contribute to creating a document that will be presented to the UCC and, eventually, the court. 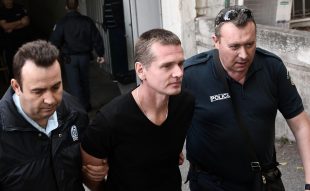 Alexander Vinnik extradited to the US on money laundering charges