ADA, the native token that powers the smart contract-enabled Cardano blockchain, was last trading higher by a little over 2.0% on Monday in the $0.2550 area. That means that ADA has now recovered around 7% from the lows it printed last week in the $0.24 area, with the cryptocurrency benefitting from a broader improvement in sentiment despite low volumes across traditional financial markets as a result of continued year-end celebrations.

Traders won’t want to look too much into 2023’s early price action, given that a barrage of upcoming US tier-one data releases later this week could quickly turn sentiment on its head. Indeed, near-term ADA price predictions are not getting any more bullish, with the cryptocurrency’s near-term prospects looking grim on account of an ugly technical picture.

ADA remains trapped within a long-term downtrend that has been weighing on the tokens price going all the way back to mid-August. Indeed, it recently fell below a downwards trendline that will likely offer strong resistance in the $0.26 area. This level happens to also coincide with the 21DMA, which offered strong resistance in December.

Over the long term, ADA bears will remain confident that the cryptocurrency will eventually reach the long-term target of falling under $0.20. Many bulls have been calling for this level to be hit since the cryptocurrency broke decisively under $0.40 in 2022.

Cardano The Most Developed Blockchain of 2022

Despite Cardano’s bearish price action and near-term price outlook, fundamentals surrounding the ninth-largest cryptocurrency by market capitalization as of early January remain robust. Indeed, according to a blog post by cryptocurrency analytics firm Santiment, Cardano was the most actively developed blockchain in 2022, beating out the likes of Ethereum and Polkadot.

Cardano has faced harsh criticism in recent years over being a “ghost chain” that no one uses and offers little utility to the cryptocurrency landscape. However, Cardano bulls will be hoping that in the coming months and years, all that development activity will yield a new generation of highly popular decentralized applications running on the Cardano blockchain that might substantially grow the blockchain’s user base.

After an incredible year, we are excited to share some of our highlights with you!#CardanoCommunity #CardanoFoundation #Cardano #Blockchain pic.twitter.com/rQQ6Wwzn7X

Elsewhere, in other recent positive news for Cardano and its wider spread adoption, iPhone users of the Trust Wallet will now be able to stake ADA within the application. Trust Wallet is owned by Binance and rolled out the new ADA staking service in December.

Here’s our 3rd and final #TrustTuesdays announcement for today…

Read the full announcement and how this benefits you, on our community page 👇

Cardano is a promising ecosystem, but with its cryptocurrency likely to come under fresh pressure in the weeks and months ahead, investors might want to diversify their crypto holdings with tokens that have a better prospect of near-term gains. Here is a list of a few highly rated projects that are currently conducting token pre-sales at discounted prices.

FightOut’s FGHT tokens are currently selling for 60.06 per 1 USDT, and interested investors are encouraged to move fast to secure their tokens, with the pre-sale having already raised over $2.5 million in just a few weeks. FGHT is the token that will power the FightOut crypto ecosystem.

Dash 2 Trade is currently conducting a token pre-sale at highly discounted rates and sales recently surpassed $12.15 million. The pre-sale dashboard is going to be released soon, with the development team currently running ahead of schedule. Tokens are currently selling for $0.0533 each and will be listed on multiple centralized exchanges starting this month.

Investors should consider Calvaria’s RIA token pre-sale. Calvaria has now raised $2.65 million, with a crypto whale scooping up $97.5K in one purchase earlier last month. The presale is in the final stage, with only 16% of tokens left. 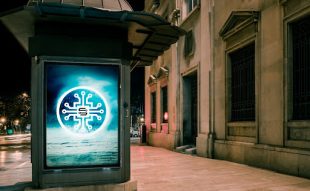 Is Snowfall Protocol (SNW) The Death of Cardano (ADA) and Solana (SOL)?

Join Our Telegram channel to stay up to date on breaking news coverage Is ...