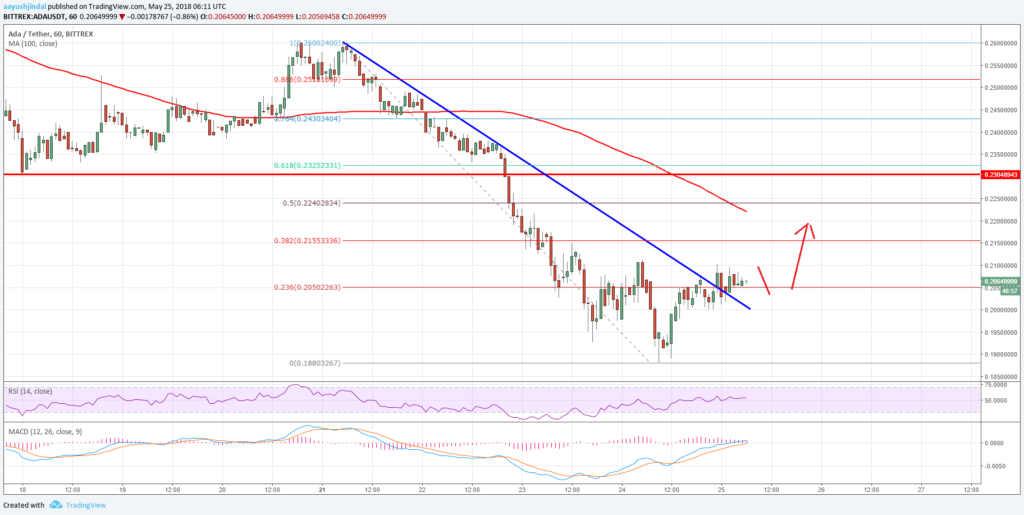 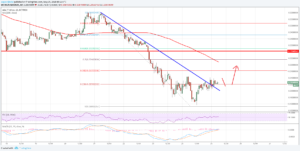 Key Highlights ADA price formed a decent support at $0.1880 and recovered higher against the US Dollar (tethered). There was a break above a key bearish trend line with resistance at $0.2050 on the hourly chart of the ADA/USD pair (data feed via Bittrex). The pair may continue to move higher as long as it is above the $0.2000 support level.

Cardano price is showing recovery signs against the US Dollar and Bitcoin. ADA/USD could correct further higher towards the $0.2250 resistance zone.

The chart indicates that if the price fails to move above the $0.2250 level, it could drop once again. On the downside, the $0.2000 support holds a lot of importance. A break below this will most likely push the price below the recent low of $0.1880 in the near term.

Hourly MACD – The MACD for ADA/USD is slowly gaining pace in the bullish zone.

Hourly RSI – The RSI for ADA/USD is flat above the 50 level.