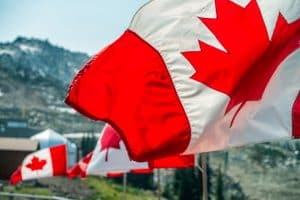 Canada is stepping up its cryptocurrency regulations, and a new development, which would affect all cryptocurrency exchanges in the country, has been announced.

Yesterday, the government of Canada published a notice in which it mandated that any crypto exchanges within the country’s borders will be required by law to register with the Financial Transactions and Reports Analysis Centre of Canada (FinTRAC) no later than June 1, 2020.

Per the announcement, the Canadian government also said that it would be implementing new and sweeping Anti-Money Laundering (AML) laws over the coming year, and exchanges will need to implement the highest Know Your Customer (KYC) security identification standards.

Amongst the standards that it expects exchanges to observe, the government now wants exchanges to hire Compliance Officers as part of their workforce, and report any suspicious transactions to the aforementioned regulatory body. Exchanges are also mandated to record transactions worth $10,000 or more, except the transactions involved “another financial entity or a public body or from a person who is acting on behalf of a client that is a financial entity or public body.”

The country seems to have always had these policies, but according to a separate media report, compliance has always been optional for exchanges. Now, it seems the government is taking the option to comply away from exchanges. As for the rationale for the implementation, reports have suggested that it is to ensure that the cooperation between Canadian banks and its exchange is enhanced. Banks have historically been concerned about the consistent links between crypto assets and vices such as terrorist financing and money laundering, and with more regulated AML and KYC procedures, banks’ fears should be quelled.

It is also worth noting that Canada has so far had a relatively stable and flourishing cryptocurrency ecosystem. As a matter of fact, the most seemingly controversial occurrence that came out of the country was the death of Gerard Cotten, CEO, and co-founder of popular exchange QuadrigaCX.

Cotten’s death in India earlier this year sparked massive outcry from the exchange and its investors, as it was subsequently revealed that he was the only one with access to the exchange’s Bitcoin wallets, which housed about $150 million. The fallout from this fatal management error- as well as Cotten’s death- are still being handled to this day.

Other than that, pretty much nothing. Canada seems to be a stable environment for blockchain technology and cryptocurrencies, as even several aspects of the industry have seen a considerable amount of regulation. In April, Régie de l’énergie, the energy regulator of Quebec province, released new rules guiding the operation of cryptocurrency miners. Under the new regulations, the Régie de l’énergie ordered Hydro-Québec, a primary energy provider in the region, to allocate 300 megawatts of electricity to the blockchain industry.

To get some of the allocated power, companies will be judged on four criteria, including the number of jobs created in the region, the total direct job payroll, their heat recovery levels, and the value of their investments. Given that it provides low rates to its customers, Hydro-Quebec claimed that the new rules would be instrumental in keeping the status quo viz a viz pricing.

However, it would seem that when it comes to money laundering, the country really doesn’t joke around. Early last month, The Next Web reported that Kennedy Stewart, the mayor of Vancouver, was contemplating imposing a complete ban on Bitcoin ATMs, based on their alleged affiliation with money laundering cases.

Per the report, authorities expect to get no less than 840 reports on digital currencies this year alone; thrice the amount it got last year. However, the British Columbia province will hold an inquiry to investigate these occurrences further.

Now, the government seems to be regulating exchanges- one of the most vital cryptocurrency services- in the hopes of stemming crypto-related money laundering even further.

The reactions of crypto exchanges to this would undoubtedly vary, but if Canada has taught the global crypto industry anything so far, it is that structured regulations can foster growth and a considerable level of investor security.

Join Our Telegram channel to stay up to date on breaking news coverage India, ...