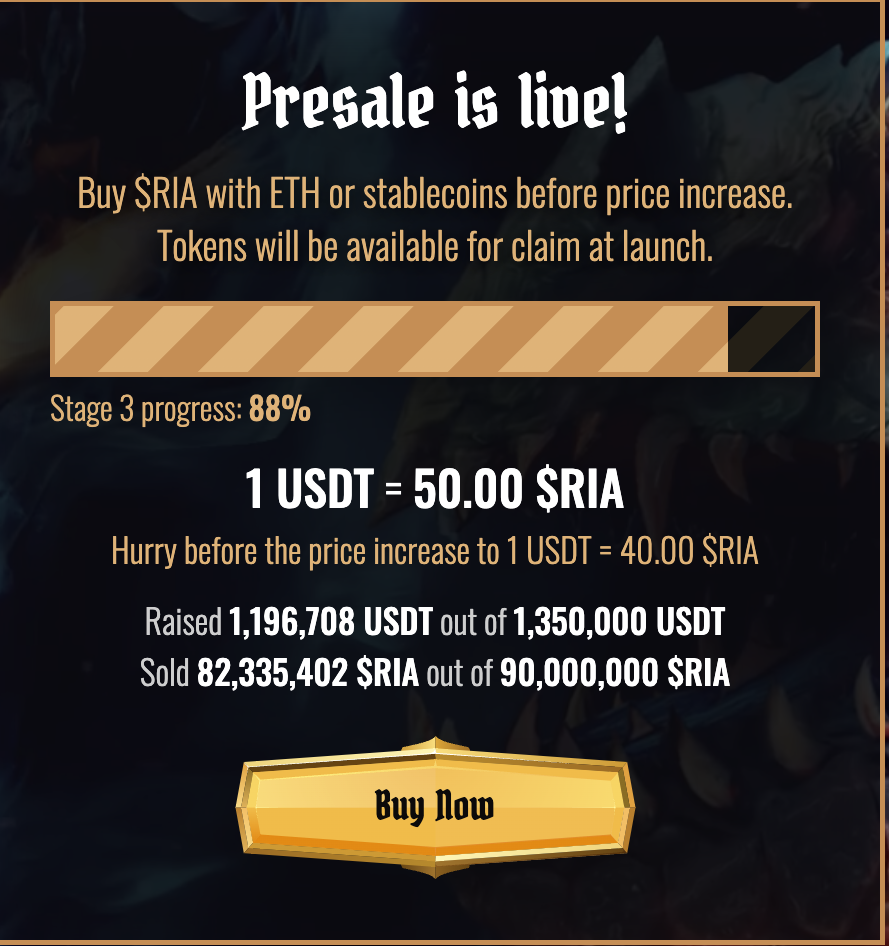 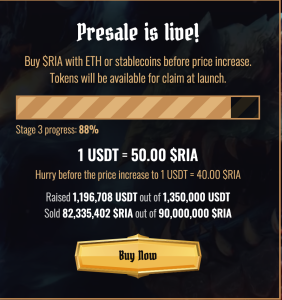 Calvaria is a fantasy card game with epic battles that you may play for money. The blockchain-based platform Calvaria has successfully raised $1,000,000 in a short two-week presale. They are already three stages into a ten-stage presale, and early investors stand to make a 175% yield on or before the presale concludes. An investment of $9.75 million is sought for the project.

Due to the high demand for tokens, potential buyers should act quickly. In the presale, you may purchase RIA using either USDT or ETH. First-stage investors may expect a 450% return at the end of the 10th stage of the presale.

Calvaria has successfully established partnerships with major cryptocurrency marketplaces such as Gate.io and KuCoin along with XT.com which is a cryptocurrency social trading site.

To put it simply, with these major exchanges on board as founding members, buyers should be able to anticipate a sizable premium once public trading begins.

Benzinga and Yahoo, along with a slew of other large news publications and prominent cryptocurrency websites, have recently covered Calvaria.

Calvaria is a fresh take on the tried-and-true method of incorporating play-to-earn principles into established, money-making game types. Take an example of Calvaria’s free-to-play mode, which is ideal for curious players or those who just aren’t interested in the game’s pay-to-win component. The 3D character models in Calvaria give the game an edge over its competitors, titles like Gods Unchained and Splinterlands. The developers of Calvaria hope to elevate the P2E war game genre to AAA standards.

The fact that users aren’t expected to link a crypto wallet prior to playing sets Calvaria apart from the competition. This is a clever idea since it will make the game more accessible to people who are just getting started with cryptocurrency in general and crypto gaming in particular.

The plan’s promise to release the game on mobile devices would undoubtedly increase its popularity among casual players. The investor interest is piqued by the presence of a PRP marketplace, a scholarship program, and decentralized autonomous organization (DAO) governance.

Even though Calvaria is a blockchain project, the creators made a good call by deciding to have the Polygon Layer 2 protocol handle all private transactions.

Polygon is a layer that sits above the Ethereum blockchain that speeds up and reduces the cost of transaction processing. This makes it well-suited for use in the gaming industry. Polygon Studios backs Calvaria. The gorgeous visuals and well-plotted tale of Duels of Eternity, developed by Calvaria, make it a standout among its competitors.

To understand the tokenomics of Calvaria better, understand that there are a total of 1 billion RIA tokens, of which 38% will be going to the presale, 25% will be allocated to the staking pool, 28% to the prize pool, 8% to operations, and a rather small 7% to the team and advisors. 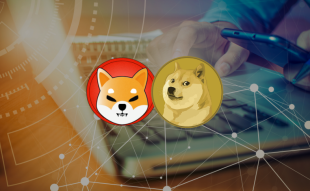