Homenewsbrazils central banker praises the merits of the countrys cbdc

A recently published paper by the Bank for International Settlements (BIS) quoted Fabio Araujo, an economist at the Central Bank of Brazil, who said that if the country’s central bank is created, it could give the institution more control over people’s money.

According to Araujo, some of the functions that could be handled through the digital real include enabling the central bank to stop bank runs and impose restrictions on access to money.

Real Digital is the digital currency of the fiat currency used in Brazil. The launch of the country’s central bank digital currency (CBDC) has been under consideration since 2015. The first tests for this product will be conducted in 2023, and nine solutions will be given to private companies during the Lift Challenge event conducted by the institution.

The value of the Brazilian digital real will be pegged against the country’s fiat payment system known as the Reserve Transfer System. Through this CBDC, the central bank hopes to integrate smart contracts within Internet of Things devices and decentralized finance (DeFi) to adopt smart payments.

“Brazil could soon be the next Latin American nation to regulate cryptocurrency. A bill has been in the works since 2019 and is now finally set to hit the Senate floor for a vote,” the executive added.

The BIS report further noted that Araujo’s primary goal in launching the CBDC was to give entrepreneurs a safe and reliable environment to promote innovation. The CBDC will use programmable technologies that will make it possible for smart payments to be adopted.

“Technologies available for smart payments, as seen in crypto assets, make room for new business models and are better suited to meet the population’s demand,” the report added.

Moreover, it will also be possible for individuals to change their deposits into tokens that can access the services available on the platform. The service will be provided through a commitment that the tokens can be converted into the Real Digital. The balance in the form of Real Digital can also be used to guarantee operations.

Araujo further notes that there could be instances where a bank run could be triggered, where users change their assets into the digital real, and the funds would be guaranteed by the central bank. To prevent these bank runs, the central bank has offered “backstops and restrictions on the conversion flow to and from CBDCs.”

“One source of concerns, though, is the speed at which private tokens could be converted into CBDCs, which could restore coordination mechanisms. To avoid such undesirable flows, large conversions could only be available if scheduled in advance and constraints on daily conversions could be set. In addition to that, circuit breaker mechanisms could be automatically applicable when the continued draining of tokens from any specific institution would render it vulnerable,” the report added.

The report concludes that the CBDC could unlock notable benefits for the country. When these resources are used alongside financial education, it can boost efficiency and serve the entire country. 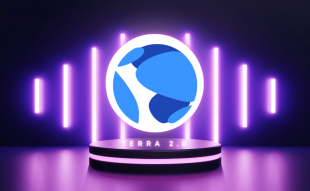 LUNA 2.0 – Should You Invest In It? Analyzing the Controversial Crypto

Join Our Telegram channel to stay up to date on breaking news coverage Luna’s ...