Homenewsbitcoins price is steady around 8700 retracement or impulsive move 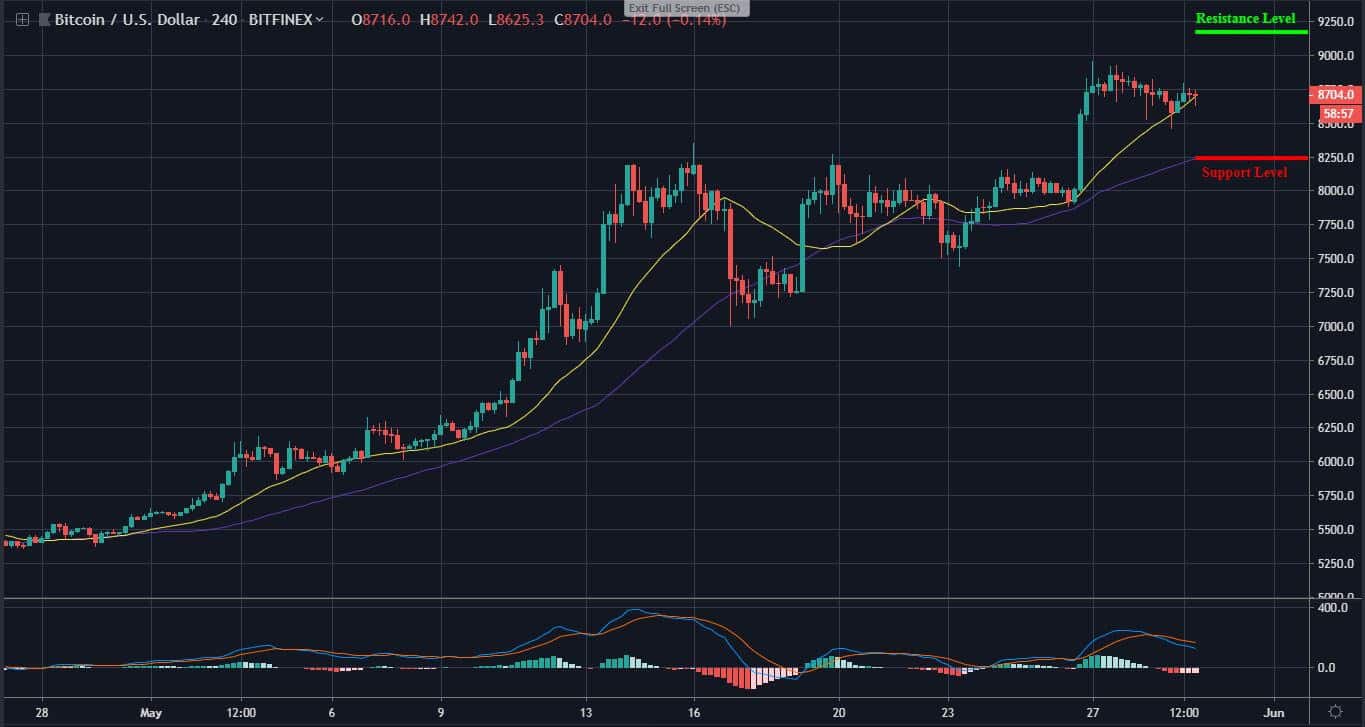 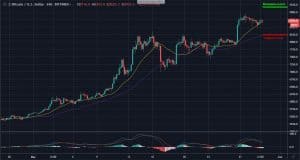 The bullish scenario has been much significant in the past weeks as Bitcoin continues to break levels with a surge in volatility. Currently, the bulls are in play as the price trades at around $8700 level.

Looking at the long-term chart, Bitcoin has followed an upward movement for over two months of trading, making the market to rise-up up and continued the positive rally positive. The Bitcoin market has now significantly revealed a bullish move as the next resistance may be visited. The buyers appeared to be gaining control of the market.

On the downside, we can expect a drop to the $8000 price level, and potentially $7500. As revealed on the daily MACD, the market is at the positive zone as the next upcoming move might last to the $9500. Meanwhile, the 21-day MA and the 50-day MA are still bullish on the daily chart.

On May 27, Bitcoin has recorded its monthly high price at around $8950 in Bitfinex before dropping low. Currently, the market is testing the yellow 21-day moving average, holding the $8800 level. A further drop could lead the market in a bearish scenario after as the cryptocurrency may hit $8300 support. Below this support lies the $8000 and $7600.

On the upside, a bullish move may continue to meet resistance at around the $9000 and $9200. As of now, the 4-hours MACD is reflected in the positive zone, now turning downward. This could mean that the BTCUSD trading is looking for close support. A significant cross below the zero level may send the market in a bearish scenario.

EURCHF Price Analysis – May 29 The currency pair is targeting the previous low ...