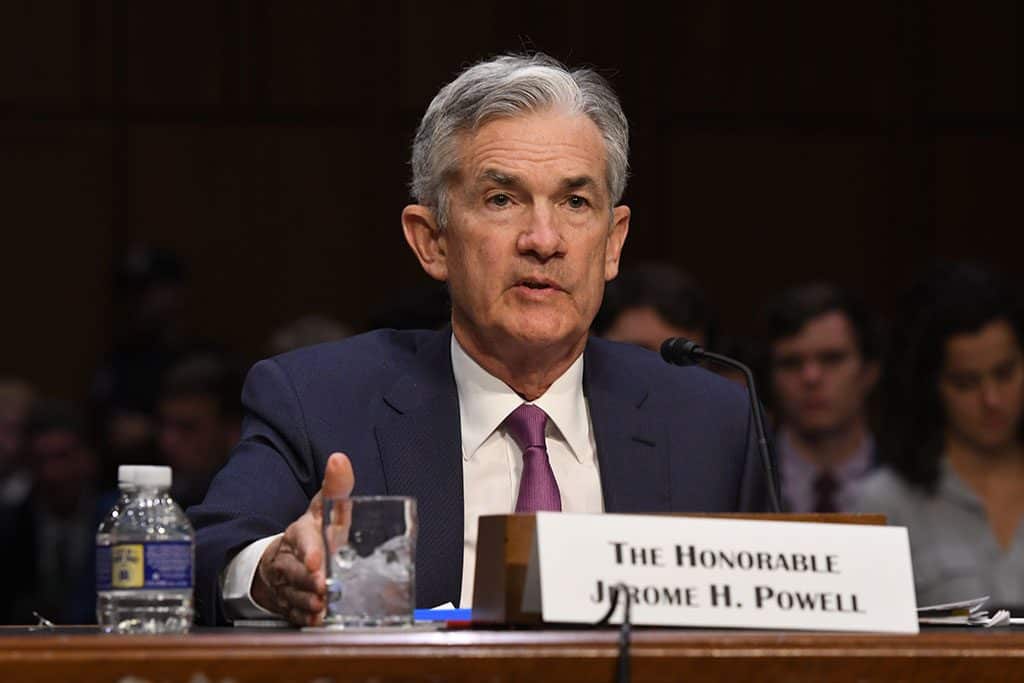 Well that didn’t go to plan! Bitcoin (BTC) dropped as much as $1,500 yesterday after venturing into what must now be called the danger zone when it crossed the $13,000 rubicon.

The speed and steepness of the pullback may suggest that traders had set short positions to be triggered around $13,100. However, the more likely cause of the precipitous decline came from Washington DC.

What Powell said about Libra

The drop to the current $11,400 price coincided with US Federal Reserve chairman Jerome Powell’s testimony to the House Financial Service Committee.

In addition to giving the expected impression that an interest rate cut was probable at the end of the month, he also joined the rising voices of concern about Facebook’s Libra. In no uncertain terms he stated it should “not go forward” until all the concerns surrounding the project had been dealt with.

Powell said: “While the project’s sponsors hold out the possibility of public benefits, including improved financial access for consumers, Libra raises many serious concerns regarding privacy, money laundering, consumer protection and financial stability.”

Facebook’s David Marcus makes his own Congressional appearance before the same committee next week.

In a letter to the Senate Banking Committee Marcus, who is in charge of Calibra, Facebook’s digital wallet for the coin, admitted that it is “taking the time to do it right”.

He said in his letter: “We understand that big ideas take time, that policymakers and others are raising important questions, and that we can’t do this alone.”

Facebook presumably anticipated the pushback its plans would produce. Marcus added: “We want, and need, governments, central banks, regulators, non-profits, and other stakeholders at the table and value all of the feedback we have received.”

This is a market clearly being buffeted by traders, as opposed to retail investors. The pros have undoubtedly been having a field day in this period of heightened volatility as bitcoin attempts to find a range.

Booming futures and options markets (see charts below) are also adding to the strength of the price swings, but in terms of the timing of this latest reversal, the Powell testimony is the most likely trigger.

Assuming the bitcoin price holds in the $11,000s today, progress has been made, as up until two days ago this was a key level to straddle. But we are at a critical juncture.

Bitcoin has strong support at $11,395 (red line created by the volume profile point of control). However, that is precisely where the price is positioned at the time of writing. A break of resistance opens up the possibility of revisiting near-terms lows (blue dashed line) at $9,666.

Any price below $10,000 would probably be a buy bitcoin opportunity to consider. As we noted yesterday the real losers are to be found among the altcoins.

Here there is blood on the carpet, with closely watched support levels being given up across the board.

EOS is off 20% in the past 24 hours to trade at $4.63. A one-time favourite of the crypto community but always with critics who doubted its proof of stake approach, you can buy EOS here if you think a recovery is incoming.

Ethereum (ETH) is down 12% at 271 and Litecoin (LTC) off 15% at $101, almost back in double figures. These two assets have been among the better alt performers of late so may be ones that rebound most strongly. If you want to buy Ethereum check out this page.

The only notable exception to the carnage among the alts is 20th-placed Crypto.com Chain, formerly Monaco (CRO). It is 19% higher at $0.099, with the crypto card business getting the credit for the roll out of its interest-bearing product in the US.

Libra’s difficulties are an advert for bitcoin

Returning to Libra and the market reaction to Powell’s comments, there are a number of things that should be considered that are net positive for crypto.

Firstly, regulators will be homing in on the collateralised nature of the product and will want to prevent it acting as mechanism for crisis transmission through the basket of currencies being held. However, indication from central bankers et al suggest they want to have tight supervision as oppose to blocking the project entirely.

Secondly, the regulators to some extent will be playing a game of whack a mole. Some countries will be more amenable than others to Libra. Facebook is aware of this. Despite its warm words about welcoming regulars, government etc in providing overview, it has set up the Libra Association in Switzerland for good reason.

Thirdly, whether it launches or not, it has let the cat out of the bag, concentrating minds on the need to. Develop and own this distributed ledger technology, be that the central bankers or large corporations.

Because of those reasons, expect the afterglow effect on the market to continue. Facebook’s Libra problems are one. Long advertising campaign for bitcoin.

Gary McFarlane is the cryptocurrency analyst at interactive investor and his contributions are made in a personal capacity. None of his commentary should be taken as investment advice.