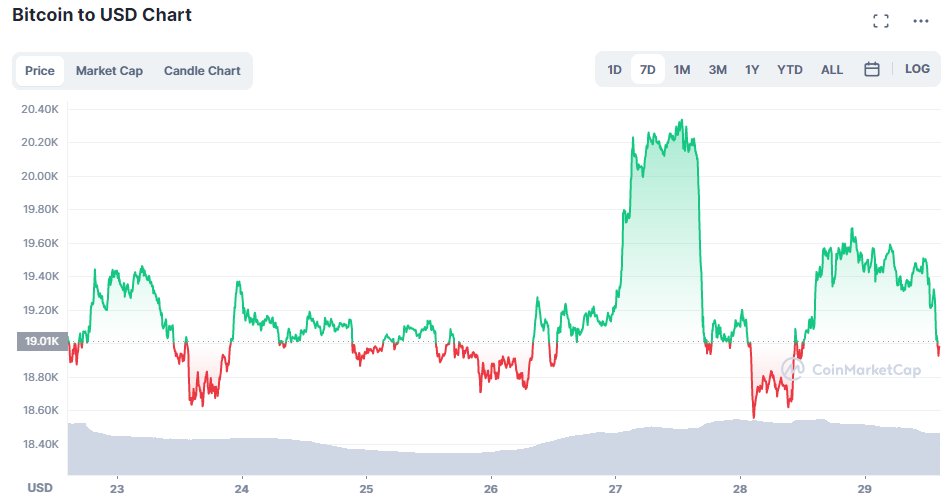 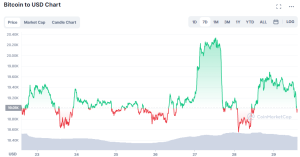 Bitcoin failed to sustain the much anticipated $20,000 level after recent highs elicited some hope. On September 27, the cryptocurrency crossed the mentioned resistance level only to fall below the mark a day later.

Before the recent spike, the largest cryptocurrency by market capitalization was trading well under the $19,000 level and has been hovering around the same level for the last 9 days.

Bitcoin displayed a steep drop in the evening, on September 27, and plunged below $19k. Although, in the morning, it was trading around a high of $20,200- a much anticipated, and psychologically important price level for investors.

This price decrease may have been a surprise for a few investors, as historically, October has been a bullish month for cryptocurrencies. But given the fears around inflation and recession, bitcoin’s price trend was far from unexpected.

Although the panic among investors who’ve participated in the market recently isn’t surprising. Investors who’ve followed the space for long enough are familiar with all the doom and gloom that Bitcoin presents and have, therefore, according to Glassnode, decided to hold their position for now.

This analysis was presented with the help of a metric called “Revived Supply 1 year+ Z Score” which tracks the “total amount of coins that come back into circulation after being untouched for at least 1 year,” the flow of latent supply shifting back into the active supply pool is “extremely low.”

According to it, the reduction in spending that was observed in the bull market of 2018 wasn’t present during the current revisits to the $20,000 level. Suggesting that long-term investors are confident about the cryptocurrency’s current position and comfortable with the volatility the market presents.

This news from Glassnode turned out to be comforting for investors, as many have anticipated the price to fall below $10,000 levels this year. So far, for the past 100 days, the price hasn’t moved beyond $24,900 and has stayed above the $17,600 range.

In recent news, the Bank of England has decided to go ahead with Quantitative Easing and this is expected to turn the sentiment around Bitcoin- which recently encountered some pessimism due to a price decrease.

The Bank of England decided to purchase long-dated UK government bonds, and Arthur Hayes (cofounder of BitMEX) believes Bitcoin to be the cure to this quantitative easing wherein the government will try to suppress rising bond yields. And this pattern is expected to extend to central banks around the globe, hinting that Bitcoin may receive considerable attention in the process.

The BOEs action to conduct quantitative easing was triggered because the 10-year gilt rates escalated a few days back, reaching a 14-day high of over 4.5%. The Yield Curve Control (YCC) is expected to soon spread to central banks across the globe, making sure that Bitcoin comes out to be a hedge amidst these times.

The same was also suggested by Peter Schiff in the tweet that read The Bank of England has already pivoted. As collapsing #bond prices and rising rates threatened a financial crisis, the BOA announced a new QE program to print pounds and buy #gilts. Record UK #inflation will now soar. Which central bank will blink next? Hint, it rhymes with Ted.

The collapse of the British pound has a negative response on the bond prices and as a result, interest rates increase. According to Barry Silbert, CEO of Digital Currency Group, bitcoin will become a safe haven for investors in these times.

While the statement from Silbert helps establish confidence in the cryptocurrency, Anthony Scaramucci, CEO SkyBridge Capital said earlier this year that bitcoin won’t be a haven for investors until there are at least a billion wallets holding bitcoin.

Others believe that the relation between stocks and bitcoin is only present because bitcoin is in the early days and might be irrelevant as the cryptocurrency progresses. It’s only a matter of time before bitcoin reveals where its leading investors’.

Until then, it’s safe to believe the cryptocurrency will go up as investors shift their preferences to cryptocurrencies when less risky assets like bond yield decrease.

As it is already known, most cryptocurrencies show a similar trend as that of bitcoin and this time was no different. Ethereum, the second largest cryptocurrency by market cap, managed to almost cross the $1.4k level a day before the drop but fell short by a few single digits.

On September 28, Ethereum hit a low of $1270, a close 10% decrease from its high a day prior. Most other cryptocurrencies showed a similar trend, displaying red candles throughout the day. XRP slipped by more than 6%. While Solana managed to drop by 5%.

The global cryptocurrency market cap was down to $912 billion. Dropping more than 5% in under 24 hours. However, the total trading volume went up by 16%

The stock market also performed parallelly to the cryptocurrency market, jumping a day before the prices tumbled. The Dow Jones Industrial Average fell by more than 20% from its previous high, while the S&P 500 index also showed a mild drop. Tech-heavy stocks on the Nasdaq, however, rose by 0.2%. 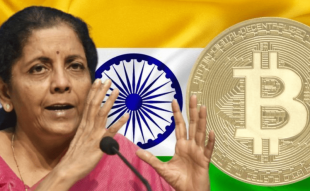