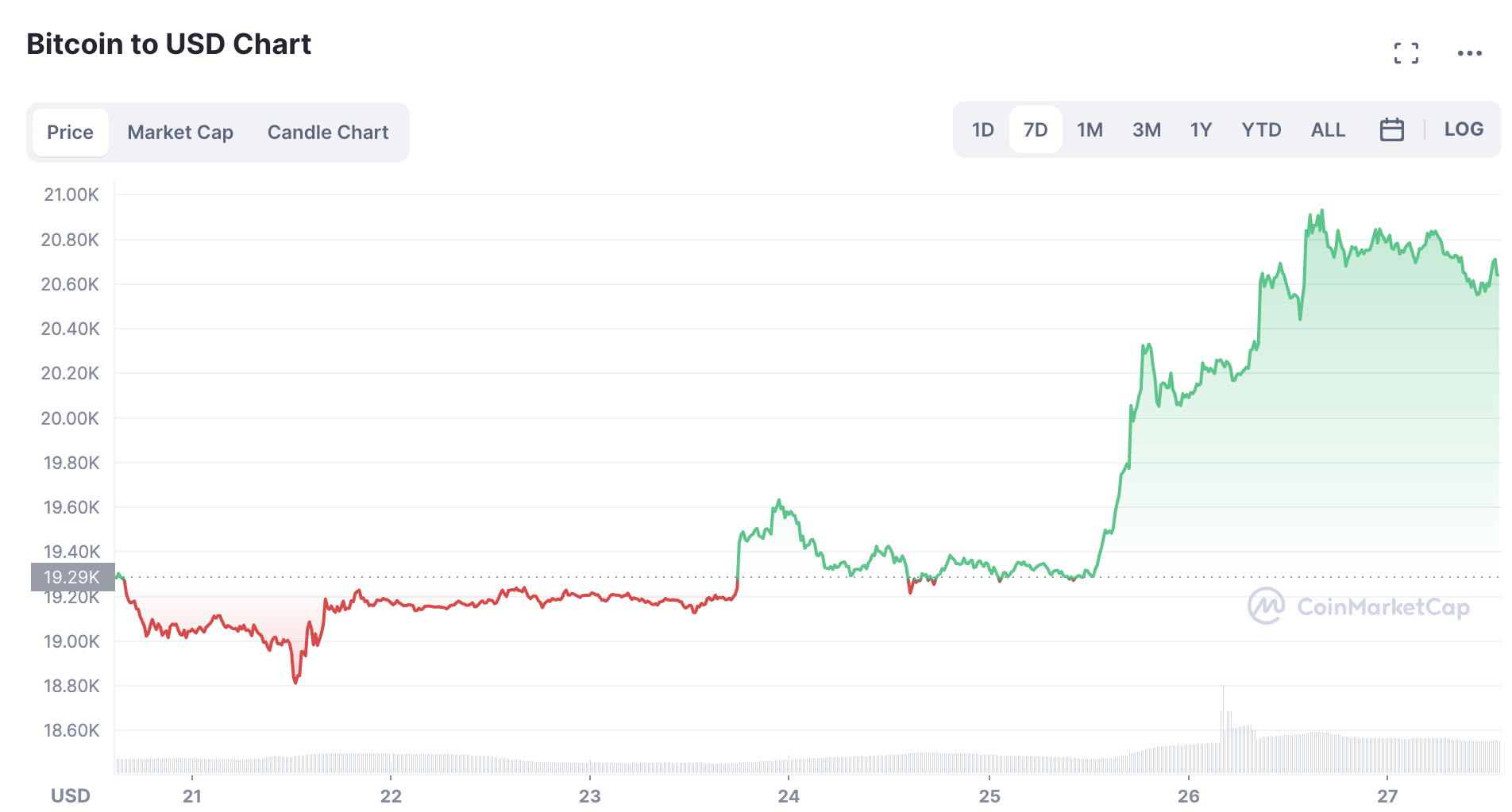 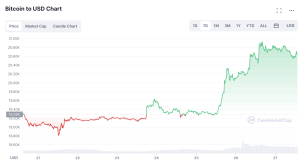 Apart from the developments in the US markets, the British parliament’s move today to treat cryptocurrency as a legitimate form of currency sent Bitcoin soaring. On Wednesday, the total value of the cryptocurrency market increased by more than 5% and once again surpassed $1 trillion.

Since Bitcoin hasn’t shown any movement since early September, this is quite significant news. As of this writing, the price is at $20,200, representing a movement of about 5.6% over the preceding 24 hours. However, several indicators suggest that volatility will increase this week.

The Price of Bitcoin Keeps Rising

Bitcoin’s stability near the $20,000 mark over the past few weeks has prompted conflicting opinions from market watchers. Bitcoin has hit its bottom, says crypto expert Michael van de Poppe, defying pessimism predictions that it will go to $14,000 or below.

Bitcoin’s current support level is around $19,200, with substantial resistance at $19,600. If Bitcoin manages to push over this barrier, a surge toward $20,000 is possible.

Price is staying relatively stable as bulls and bears battle for dominance. At every previous Bitcoin price dip below $20,000, investors pounced to stock up on the cryptocurrency at rock-bottom costs. It also appears that the investors who are holding presently are not eager to sell, and are instead waiting for a significant price change.

It is evident that Bitcoin has been trading in a range with just a few spikes in volatility over the past month when one examines the chart of Bitcoin on CoinMarketCap and looks at the activity of the Moving Average Convergence Divergence (MACD) line. There is no bullish or bearish signal at the moment because the MACD line is parallel to the signal line.

With this in mind, multiple macroeconomic indicators may combine to trigger a significant shift in the coming weeks.

Volatile Road Ahead For Bitcoin after Earnings Report and Fed Rate Hike?

The stock market and the cryptocurrency market have moved in tandem throughout the majority of 2022. There is now a relationship between Bitcoin and traditional stock markets indices like the Dow and the S&P 500. In light of the forthcoming week’s publication of significant corporate earnings reports, investors may witness robust Bitcoin movement.

Apple, Microsoft, Amazon, and Alphabet, among other large technology companies that carry a lot of weight in the S&P 500 index, are all anticipated to report profits soon. BTC’s future value may be determined by how well these companies perform.

However, more economic restriction policies are anticipated to be announced by the US Federal Reserve. A rate increase is widely anticipated following the upcoming Federal Open Market Committee meeting. New data from the Consumer Price Index indicates that inflation in the United States remains elevated, and an increase in interest rates is widely predicted to send global markets tumbling.

Parliament in the United Kingdom agreed to recognize cryptocurrencies as authorized financial instruments and goods amid widespread expectations that Prime Minister Rishi Sunak would make Britain a crypto hub and global leader in digital asset innovation.

On Tuesday, Members of Parliament convened to discuss the Financial Services and Markets Bill that could also govern the United Kingdom’s economy in the wake of Brexit.

This legislation was first proposed by Rishi Sunak, who served as UK Chancellor of the Exchequer under Boris Johnson.

Andrew Griffith, Conservative MP for Arundel and South Downs, proposed an amendment during the sitting that would expand the definition of controlled financial services in the United Kingdom to include crypto assets.

To extend current restrictions to stablecoins, digital assets whose price is fixed to US dollars or gold, members of parliament decided to incorporate the change in the bill.

Since September 2022, Griffith has served as the Financial Secretary of the Treasury and City Minister of the United Kingdom.

At the legislative hearing, he advocated for including cryptocurrencies in the realm of law for the first time, saying that they should be treated similarly to other financial assets.

According to Griffith, the new section 14 of the bill makes it clear that cryptocurrencies might be included in the purview of the existing laws of the Financial Services and Markets Act of 2000, which governs regulated financial transactions in the United Kingdom.

If no changes are necessary, the bill will move on to the House of Lords and finally get King Charles’s Royal Assent to become legal.

Are There Any Lucrative Altcoin Investment Options?

As the price of Bitcoin levels out, investors are starting to look elsewhere. D2T is one of the alternative cryptocurrencies which has been built on the Ethereum platform and has been doing very well recently. The first phase concluded when more than $2 million had been raised in a presale and this token is not in its second phase in its presale. There are nine levels to the presale, with increasing prices at each level.

Much interest is also being shown in the IMPT.io ecosystem’s native coin, IMPT, which is also in its presale stage. Over $10 million was collected in the pre-sale in the last 4 weeks, bringing the total for the first phase to within striking distance of its goal.

With blockchain technology, the IMPT.io platform is battling large-scale environmental issues and hopes to improve the carbon credits market and bring about a drastic reduction in the amount of carbon emissions which is one of the leading causes of increased global warming. The coin is still is in presale and interested parties can join now. 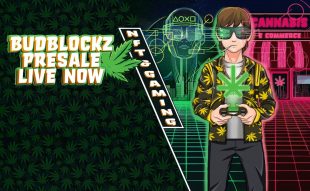 Join Our Telegram channel to stay up to date on breaking news coverage Diversifying ...