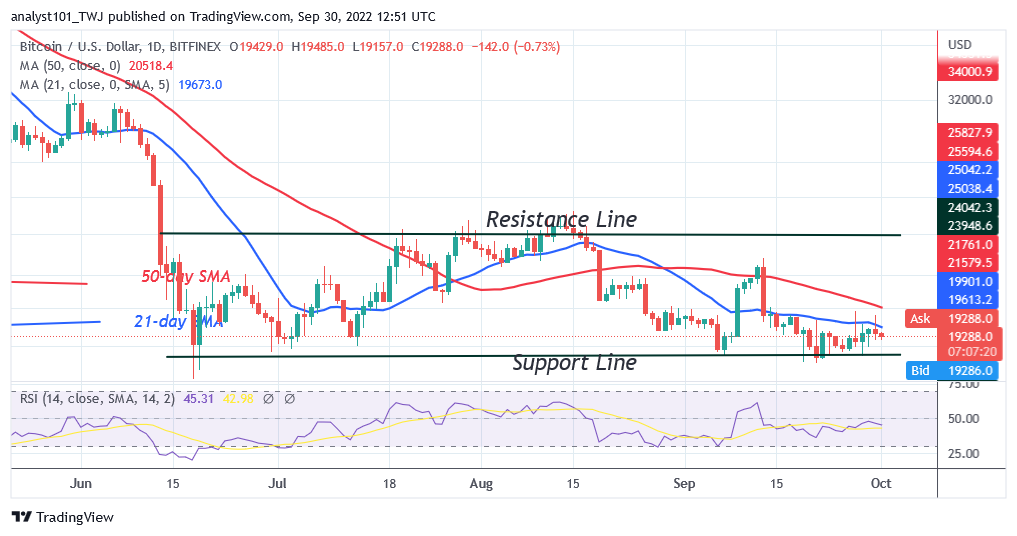 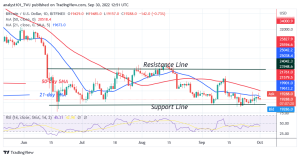 Bitcoin Resumes Its Range-Bound Move as It Faces Strong Resistance at $20K – September 30, 2022

The largest cryptocurrency makes a positive move but faces strong resistance at $20K. The bottom line is that the bullish momentum must be sustained to reach the precious highs, In previous price action, BTC price has been repelled on three occasions at the previous highs.

Bitcoin’s (BTC) price is making a positive move but the price movement is stagnant because of the presence of Doji candlesticks. These candlesticks have been responsible for the present sideways move. Today, the current upward move has been resisted above the 21-day line SMA. BTC’s price reached the high of $19,708 and was repelled. This has been the price action since September 22. The cryptocurrency has been confined between $18,200 and $20,000 price levels. Bitcoin will resume an uptrend when price breaks the $20,000 high or the 21-day line SMA and the bullish momentum is sustained. Similarly, Bitcoin will continue to sink to the downside where sellers breach the $18,200 support.

NYDIG Plans to Raise $720M for Its Institutional Bitcoin Fund

NYDIG or the New York Digital Investment Group intends to raise $720 million for Its Institutional Bitcoin Fund. The recent press release shows the company’s commitment to HODLing. A United States Securities and Exchange (SEC) filing could reveal the group’s intent to add more Bitcoin to its balance sheet. According to an amended SEC filing, the group has raised $720 million for its institutional Bitcoin fund. Presently, Fifty-nine investors have contributed an average of $12 million each to the fund.

Meanwhile, Bitcoin is falling after breaking above the 21-day line SMA as it faces strong resistance at $20K. It is facing selling pressure at the $20,000 resistance zone. The Relative Strength Index has risen to level 48 because of the recent upward correction. The cryptocurrency is likely to decline to the range-bound zone between $18,200 and $20,000 price levels. 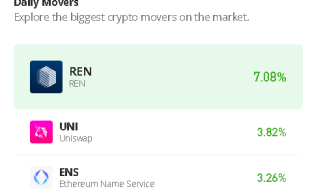