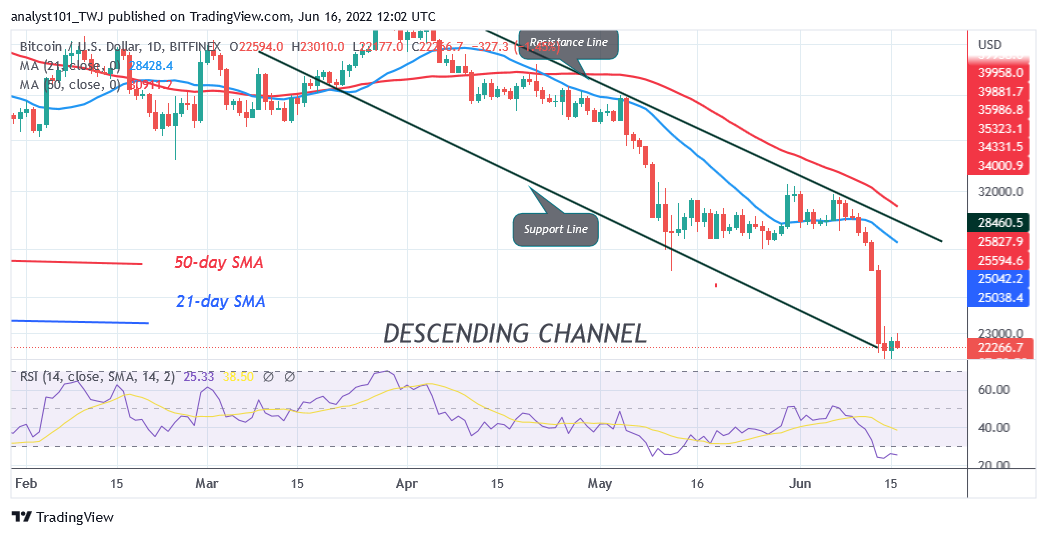 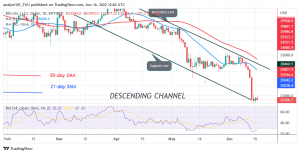 Bitcoin Trades in a Bearish Trend Zone as Price Rebound Is Imminent – June 16, 2022

Bitcoin (BTC) has resumed consolidation above the current support as price rebound is imminent. In a nutshell, BTC/USD is fluctuating between $20,050 and $23,000 price levels. A further decline is unlikely as the market reaches the oversold region. The largest cryptocurrency is trading at $21,844.74 as of press time.

Following the recent breakdown, Bitcoin (BTC) is consolidating above the $20,000 support. For the past 48 hours, Bitcoin has been fluctuating between $20,050 and $23,000 price levels. After the failure of the bears to break the $20,000 psychological price level, BTC price made an upward correction but were repelled at the $23,000 resistance. The largest cryptocurrency declined to the current support but the bulls bought the dips. BTC’s price is now fluctuating below the $23,000 resistance zone. The downtrend will resume if the bears break below the $20,000 support. The cryptocurrency will decline and revisit the support levels of $17,500 and $16,000 price levels.

Is the Bottom In? High-profile Investors Take Critical Appraisal on the Recent Market Downturn

Some high-profile investors namely Mike Novogratz, Arthur Hayes, Raoul Pal, and Anthony Scaramucci have made comments on the recent market downturn. Generally, some investors believe that the crypto market bottom is fast approaching and the timing is right to buy. Others warn of catastrophic outcomes should prices fall below-established support levels. Let us examine some of these high-profile investors.

Secondly, Arthur Hayes is the co-founder and former chief of BitMEX. He has warned of a possible sell-off risk. He stated that there is the possibility of a “massive sell pressure in spot markets” if Bitcoin loses the $20,000 support and Ethereum, the $1,000 price level. Thirdly, Macro investor Raoul Pal is the former Goldman Sachs executive who told his Twitter followers that “we are in a buy zone” for Bitcoin. He is getting ready to add his crypto positions, “probably starting next week and into July.” Fourthly, Anthony Scaramucci is founder of Skybridge Capital. He told CNBC’s Squawk Box that investors should “stay disciplined amid the crypto slump”.

Meanwhile, Bitcoin has continued its sideways move as price rebound is imminent. The downtrend is not over as bears continue to retest the current support. The RSI period 14 has fallen to level 24 indicating that the market has reached the oversold region. Buyers are expected to emerge to push prices upward. 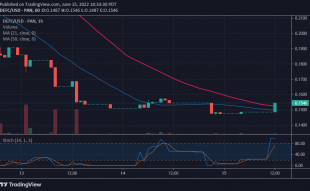