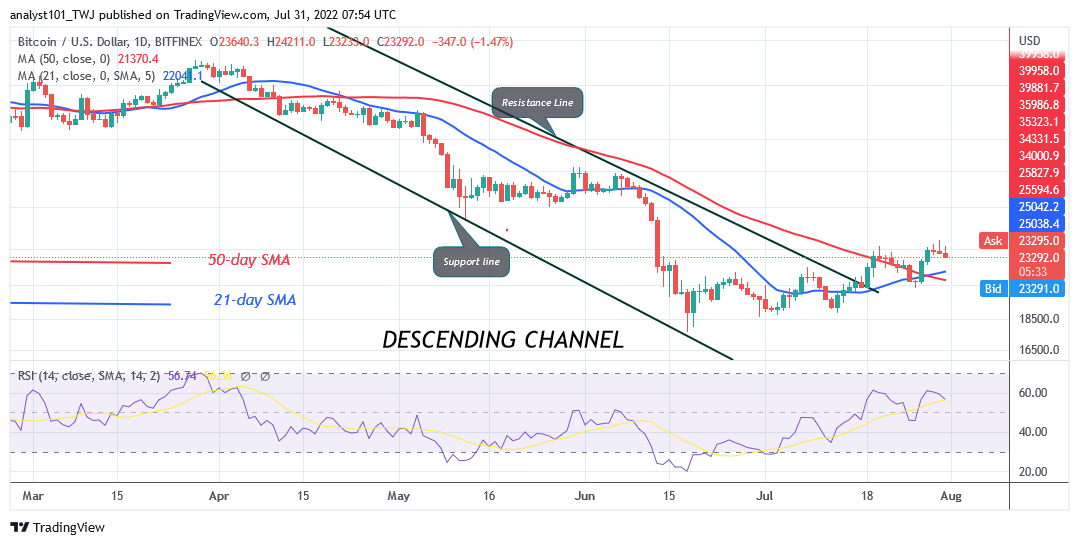 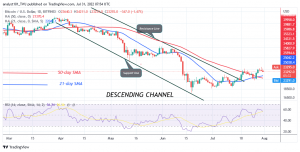 Bitcoin Resumes Consolidation as It Slumps and Finds Buyers at Lower Levels – July 31, 2022

Since July 30, BTC/USD has been trading marginally as it slumps and finds buyers at lower levels. The price movement has been insignificant because of buyers’ and sellers’ indifference. BTC’s price has been fluctuating below and above the $23,000 support.

ECB has identified CBDC as the best cross-border payment solution which serves as the central bank of the 19 European Union countries which have adopted the euro. EBC’s opinion of Bitcoin as a bad cross-border payment system boils down to the settlement mechanism of the highly volatile asset, adding that: “Since the settlement in the Bitcoin network occurs only around every ten minutes, valuation effects are already materializing at the moment of settlement, making Bitcoin payments more complicated.” Conversely, the ECB accepted CBDCs as better f cross-border payments owing to greater compatibility with forex exchange (FX) conversions. Two major advantages highlighted in this regard are the preservation of monetary sovereignty and the ease of instant payments via intermediaries such as central banks

Meanwhile, Bitcoin has fallen to the low of $22,801 as it slumps and finds buyers at lower levels. It is not clear if the decline will reach the $20000 psychological price level. BTC price is at the level 52 of the Relative Strength Index for period 14. It indicates that the market is in the bullish trend zone. 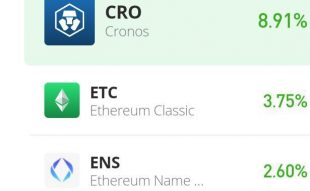